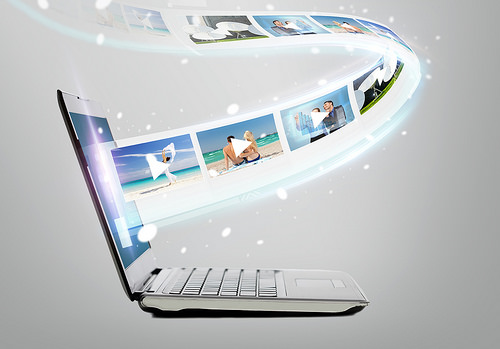 Post 4th of July, the summer is in full swing, and summer vacation is the predominant thing on everyone’s mind. Or is that just me? Nonetheless, the week was full of exciting tech news and information – here’s the latest overview of things you need to know this week.

Marketers Go All In With Influencers

According to a recent study by Schlesinger Associates for Augure, 84 percent of marketing and communications professionals worldwide expect to launch at least one influencer based campaign in the next 12 months and 81 percent of those who already launched campaigns said influencer engagement was an effective marketing strategy.

Identifying the right influencers was cited as the biggest challenge when rolling out an influencer engagement strategy by 75 percent of those surveyed. Other challenges include getting influencers’ attention and ways to measure efforts.

In terms of measurement, page views ranked as the most-used data point, cited by 85 percent of respondents. Engagement metrics were less important, with 60 percent of bloggers saying brands measured social shares and 40 percent citing comments. What this says to me is that brands are realizing that their efforts at content and social aren’t delivering. Not surprisingly, since in general brand efforts in that regard are generally thinly disguised (if disguised at all) as advertising and brand chest-beating. Which isn’t interesting to anyone, much less prospective customers. Tapping influencers, who have generally spent years building reputations for credibility and legitimate blogs and communities is a potentially more effective tactic.

According to an April 2015 study by Omobono, in partnership with The Marketing Society and Circle Research, found that only 28% of B2B professionals in the UK and U.S. had a formal digital communications strategy.

The benefits of an integrated approach to digital communications are many, especially related to the customer. Nearly 66 percent of B2B professionals said integration contributed to a better customer experience, and nearly 60 percent said communications were more effective as a result.

When asked about the biggest challenges of having an integrated digital communications strategy, B2B respondents were most likely to cite issues with different objectives and priorities across departments as well as a lack of understanding of the importance of digital. Lacking support from leaders as well as limited time to collaborate were cited by about a third.

An April 2015 study by 72Point for Door to Door Organics found that 54 percent of U.S. online grocery shoppers said they had increased their activity in the past year. Over 60 percent of respondents from 22 to 34 were the most likely to have increased their online shopping activity. The 35-to-44 age group was close behind at 58 percent, while 51 percent of the 18- to 21-year-old age group rounded out the top three.

On average, shoppers had increased the percentage of grocery shopping done digitally by about 30% over the past year. Respondents were most likely to do about 20 percent of their grocery shopping digitally, with younger consumers more likely to buy from online grocery store over older age groups. I buy groceries online – do you?

As of this week, you can now stream Showtime, the premium cable network, without a traditional cable subscription. After the thirty-day trial period, a monthly subscription costs $11 a month and is available on Apple TV, iPhone, iPad, iPod, Roku as well as Hulu and Sony’s PlayStation Vue.

Like HBO Now, you can get a free 30-day trial of Showtime a la carte to see whether it’s worth it for you. It’s also worth noting that Hulu subscribers only pay $9 a month—a $2 monthly discount, if you do indeed decide to buy a subscription.

HBO Now prompted me to completely opt out of that coverage via my cable provider and I’m sure I’m not alone in that regard. Where are you in the cutting the cable process?

Facebook is giving users greater control over what they see in their News Feed. The new features allow users to determine what kind of News Feed stories are most important to them and what they prefer to see first. Users will also be able to more easily find new pages and quickly unfollow people and pages to stop seeing their posts and further customize their News Feeds.

With an updated design of the tools we previously launched, you can now see a list of the top people, Pages and groups that you’ve seen in your News Feed over the past week, and choose to unfollow any friend, Page or group if you don’t want to see their updates. You can also see who you’ve unfollowed in the past and choose to re-follow them at any time.

The new features are currently being rolled out to iPhone and iPad users and will come to Android soon. 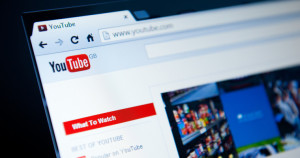 Facebook is testing video ads with a small group of publishers to hopefully attract both more content and, of course, ad revenue. And, in a move that will allow it to more effectively compete with YouTube, Facebook will be implementing revenue sharing to encourage video creators to publish more video natively. Publishers will receive 55 percent of the revenue from Facebook ads that run against their videos, matching YouTube’s payout.

Previously, the only incentive for video creators to publish on Facebook was the opportunity to get their videos seen by Facebook’s enormous audience. Since the explosive growth of Facebook’s video views, the company most likely felt pressure to offer video creators added incentive to keep publishing content to keep the momentum going. With the introduction of video ads, Facebook also moves into monetization of its video machine.

Several important details of Facebook’s new video ad business have yet to be disclosed, including how much it will charge for ads. During the test, Facebook will be using ads that have already been paid for, at no additional charge to advertisers. 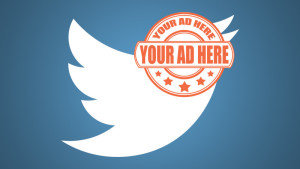 This week, Twitter announced several new features to its app install advertising tool kit. Advertisers will be able to promote apps within video ads and optimize bidding for installs and actions. According to a Twitter blog post:

Optimized action bidding: This new bidding type allows app install advertisers to optimize their bids according to install, while still paying by app click — offering another way to lower cost-per-installs and yield the highest possible ROI. Cost per install bidding: Advertisers can bid, optimize and pay by install giving you cost-efficiency and maximum control over your cost per install.

Twitter, which introduced its app install ad products a year ago, said advertisers using the program are seeing high returns on investment across all verticals, from tech to entertainment to retail.

You Can Now Add Your Birthday to Your Twitter Profile

In a move that seems designed to be more like Facebook (yawn), starting this week, Twitter users can now add their birthdays to their profiles. According Twitter product manager Ricardo Castro, “your birth date is a completely optional part of your profile and you have full control over who can see it.”

What’s the point? I’m not sure. Although I will say that there is a marked lack of engagement on Twitter these days, so maybe it’s a wild card effort to try and remedy that. I think it’s kind of silly. You?

In a smart move by Meerkat, a new feature called “Cameo” lets viewers take over a livestream when invited by the person who initiated the stream.

To use the new “Cameo” feature, users just tap their profile and choose the “Cameo” option. An invite, which lasts 60 seconds, will display on their screen. You can also invite someone by posting a comment “Cameo @(their username).” Once the invitee takes over, you can end the cameo at any time as well as the person who took over your stream. When their appearance is over, the stream returns to you.

Currently the new “Cameo” feature is available only on iOS, with support for Android expected soon.

Instagram has updated its app to support higher resolution images. Previously photos posted to Instagram were compressed down to a 640×640 resolution. As of this week, images will now be stored at a much higher 1080×1080 size.

You can also uncover you own 1080px resolution images on the desktop. If you’re using Google’s Chrome browser, just right click the image you want and select ‘View Page Source.’ Then run a search for ‘.jpg.’ The first file listed is usually the image you want. Copy the file URL and then paste it into the address bar to see the 1080x photo.