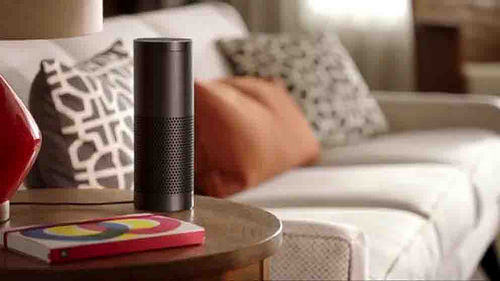 It’s safe to say that the recent ruling by the Supreme Court on marriage equality trumps pretty much all other news of the week. Truly a momentous decision, which will be life-altering for so many people. Love is love. Humans are humans. Glad to see this.

There’s been much happening in the online and tech world as well. So let’s get right to the latest edition of “Things You Need To Know This Week.”

Verizon Closes on its $4.4B Buyout of AOL

It’s official. Verizon has announced the completion of its AOL acquisition for $50.00 per share. AOL is officially a Verizon subsidiary.

While best known for its Internet and wireless services, the company is making a concerted push to become a content-focused media company with its purchase of AOL and its many digital media assets. 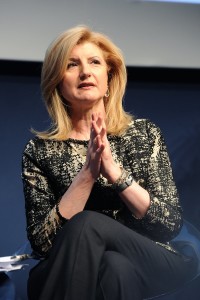 According to BusinessInsider.com, Huffington Post has announced plans to launch a 24-hour online video network called HuffPost 24 along with new dedicated film and television divisions.

Just two short two years since the company launched HuffPost Live, the publication is now looking to significantly expand its live video operation. Arianna Huffington, the publication’s founder and editor-in-chief (who just signed another four year contract with the organization) says the company plans to be “50-50 video.” She added, “As we see the world moving to mobile and global video, these are pretty big priorities.”

HuffPost 24 will offer a varied slate of programming, including local and international news, original series, and other “film and television projects.” HuffPost 24 is slated to launch in either the third or fourth quarter of 2015.

According to May 2015 research conducted by On Device Research for the Interactive Advertising Bureau, smartphone video viewers worldwide were most likely to watch video on mobile devices between 8pm and 11pm. Surprisingly, viewing was most likely to take place at home, with 90 percent reporting watching smartphone video at home while 49 percent watched away from home.

But they’re not watching less TV in the process, instead they’re engaging in some form of “multiscreening”—watching smartphone video while watching TV. The study noted that while “multiscreening” could potentially “offer a pathway to creating more engaging and creative multimedia campaigns,” it also presented marketers with the challenge of maintaining viewers’ split attention.

And advertisers are taking note. Possibly in an effort to reach these multiscreen viewers, IAB’s May 2015 study found that many advertisers were repurposing the same TV advertisements for mobile. According to the study, the most-desired viewing experience was to include ads related to the video being watched, while viewing history, context and location also mentioned as important factors.

For the first time ever, DuckDuckGo, the privacy-focused search engine has exceeded an average 10 million searches per day. According to a recent interview with CNBC, DuckDuckGo’s popularity has grown 600 percent since news about the NSA surveillance programs broke two years ago. According to PEW, 40 percent of Americans believe a search engine shouldn’t track the activity of its users.

Only a small percentage of people have heard of DuckDuckGo, even though it’s a built-in search option in Safari and Firefox.

In DuckDuckGo’s announcement, the company provides tips for how to better protect your privacy while using other major services on the internet, such as email and web browsing.

According to the U.S. Census Bureau, Millennials (those born from 1982ish-2000) now number 83.1 million, outnumbering Baby Boomers by about eight million. This officially makes Millennials the largest generational group in the country.

Overall, Millennials are more diverse than previous generations, with 44.2 percent being part of a minority race or ethnic group (that is, a group other than non-Hispanic, single-race white) with the baby-Millennials being even more diverse—more than half of this group is considered “non-white.”

As reported in Inc.com, “A work force of different cultures and backgrounds brings multiple viewpoints, different ways of getting a job done, and increased flexibility. It also gives you increased opportunities for learning.”

The next twenty years in business are sure to be very interesting.

I love my Echo! And now you can love one too, without waiting for an Amazon Invite. Amazon has just made its voice activated, Internet connected speaker available for anyone to buy in the U.S. The company introduced device at the end of 2014. Since then it has added support for Pandora, Audible, and home automation devices including weMo and Philips Hue. 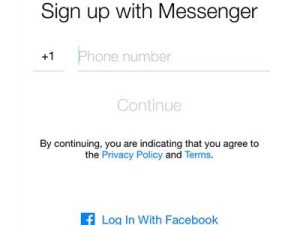 With messaging apps all the rage, Facebook has now officially opened up access to its Messenger application without the requirement of having a Facebook account. The new level of access is currently available in North America and a few other select countries.

This is a pretty big deal, and another move on the part of Facebook to dominate in the messaging space.

Another area where Facebook is gaining ground is with regard to online video viewing and sharing. YouTube is still the leader, but according to a recent survey by Ampere Analysis, Facebook is on track to deliver nearly two-thirds as many video views in 2015 as YouTube, two trillion views versus YouTube’s three trillion. Trillion. That’s trillion, people.

Both services have close to the same number of monthly users.

Facebook still has a long way to go before it catches up to YouTube, but both platforms bring benefits to the table. In the case of Facebook, video viewers are always logged in and registered users, allowing the company to mine significantly more data on them that advertisers can use to target specific demographics. Facebook’s massive reach on mobile, and its ability to generate revenue from those mobile users are two more huge factors.

In YouTube’s favor, Facebook still doesn’t offer pre-roll ads, as its ads appear after the content, something advertisers don’t take kindly to. Also, Facebook charges advertisers for a video view of their ad when only three seconds has been viewed, much less time than required by YouTube.

Despite those disadvantages, Ampere found that advertising rates were comparable between the two platforms, which suggests advertisers really value Facebook’s audience. 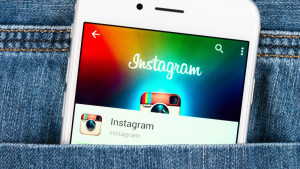 Instagram is no slouch in the innovation department. The platform’s latest move is focused on making it easier for people to search and discover content by introducing a revamped Explore box to improve search and help users find trending information. With 70 million photos and videos rolling out daily on the platform, it can be difficult to find the latest images of, say, the Oscars or the NBA finals. The new Explore tab is designed to reveal trending tags, places and popular accounts, compiling images from moments captured by Instagram’s pool of 300 million active users.

“Through trending Tags and trending Places, you can experience moments like #bonnaroo or #fathersday from every perspective,” Instagram announced in a blog post. “Rich visual content captures everyone’s unique take — not just what the community is talking about, but also what they’re doing and seeing.”

Instagram also implemented major improvements to search, adding the ability to search for places instead of just hashtags and accounts. Now they can go deeper into each of those categories or search simultaneously across all of them.

“People are hungry for what’s happening right now in the world,” Instagram CEO and co-founder Kevin Systrom told the Wall Street Journal. “All of us in social media and regular media, we’re all competing for the same thing, which is this gap between something happening in the world and you knowing about it.”

Periscope, Twitter’s popular live video streaming app ,has always offered replays, but you had to catch them within 24 hours of a stream ending, and you could only replay on its apps for Android and iOS. That changed this week with the launch of web replays. You can now simply click a link to a Periscope stream to open a page in your browser and hit the play button to watch the recorded stream, though the same 24-hour time limit still applies and all recorded streams automatically disappear after one day.

As of this week, the “Undo Send” feature has finally been released from its beta status and is now available in the main setting of the web version of Gmail.

As its name suggests, Undo Send gives you a set period of time after dispatching an email to change your mind—so once you’ve clicked “Send” you’ll see an option to reverse it on your screen for between 5 and 30 seconds, depending on what you’ve indicated in the settings.

Moving forward, you’ll see Undo Send in the main “General” tab of your settings. If you already had the option switched on in Labs, then it will still be on by default. If you didn’t, you’ll need to tick the little box next to “Enable Undo Send.”

How To Survive Working With Cats!

A Tinder Relationship In 91 Seconds