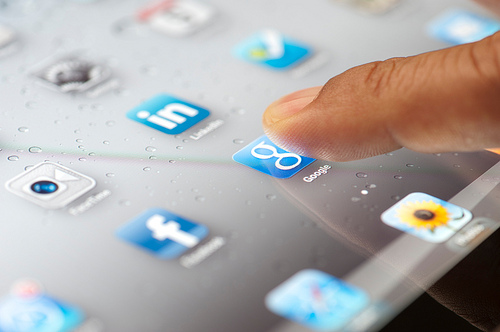 With the latest tragedy hitting the news this week, the horrible shooting of churchgoers in South Carolina, to be honest, I’m not even sure how to start this post. One thing I can say, though, is that, love it or hate it, the digital space and social media have really provided such a powerful outlet for people. To share stories of loved ones lost. To share updates and news. Or to simply share their own personal feelings and work through their emotions when events like this occur. Trolls aside, there really is a sense of community that develops on social, something that never would have been possible a decade or so ago.

That said, the economy and business rolls on, no matter what’s happening in the world, and as usual, there’s always lots of news from the digital technology space.

Let’s get right to the latest edition of “Things You Need To Know This Week.”

FTC Cracking Down Harder on Social Media Marketers Regarding Disclosures

The Federal Trade Commission appears to be getting tougher with social media marketers and the requirement to disclose between brands and endorsers.

The FTC’s basic message—that material relationships between brand and endorser on social media must be “clearly and conspicuously” disclosed — hasn’t changed. But what has changed is the FTC has its magnifying glass aimed at some brand new social media issues: Everything from Facebook likes, Twitter’s 140 character limitation, and video disclosures.

According to a recent piece from marketingland.com, a 2014 survey (sponsored by IZEA, a company that acts as a middleman between brands and social media influencers) showed that “29 percent of marketers were completely unaware of the disclosure rules and that only 10 percent were aware of and understand the FTC guidelines.” I’d be lying if I didn’t admit that this amazes me.

“I think the real issue is the lack of awareness and education among the marketing community,” Murphy said. “We must continue to educate the community, and marketers must take responsibility to know, at the very least, that the disclosure question is one they should be asking.” This is very important, whether you’re a brand, an agency, or a consultant–disclose, disclose, disclose! 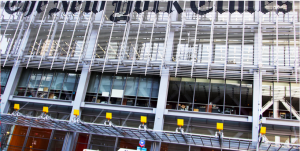 The New York Times recently implemented a test, designed to illustrate to staffers how important designing, serving up content, and thinking with a mobile first mindset is. Since more than half of the Times’ traffic comes from mobile, and since that trend is surely not going to decrease any time soon (or ever), it was intended to force the staff to experience the site the way its readers (a/k/a their customers) do. To drive that point home, staffers were informed that the desktop site for The Times would be blocked for a certain period of time. For the period of the test, if it was necessary to access the publication’s website, they had to do it exclusively via a smartphone or tablet.

We had an interesting discussion on this topic over on my Facebook wall, and several countered my thoughts that this was a good idea with the thought that forcing anyone to do anything wasn’t always the best path to adoption. While I totally get the point that they naysayers made, I stand firm in my thinking that this was an experiment well worth doing and I’d love to be privy to the discussions that took place afterwards. I’ll bet it was an eye-opener for many. What do you think?

Mediapost.com is reporting that Salesforce has announced an expansion of its “Active Audiences” product, which enables buyers to use their CRM data for digital advertising campaigns, and they’ve partnered with ad tech firms Krux, LiveRamp, LiveIntent, Neustar and Viant to make it happen.

Being able to use one’s own CRM data to send highly targeted ads to the right people has to be a good thing, right? What’s really interesting though, is the ability to use that data for Salesforce’s “look alike” option, which basically allows users to prospect for new customers, based on how closely they mirror the current customer base. A smart move, once again, on the part of Salesforce.

Need to get a large file from someone, but that person doesn’t have Dropbox? Worried it won’t go through email because of its size? Well, worry no longer! Dropbox just added a new feature that will allow you to grab files from anyone, whether they have a Dropbox account or not.

How does it work? That’s easy. You simply have to “request” a file, and Dropbox Basic and Pro users can start sending out file requests today via dropbox.com/requests. Business users will have to wait a few weeks before it’s their turn. 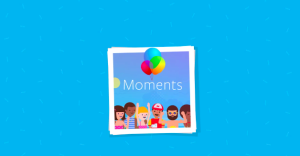 Say, you’re at a wedding. You and 350 other people are all taking random pics of the fun and frivolity. You would love to get any photos you were in from the wedding, and so would they! Well, thanks to Moments, you don’t have to spend hours sorting through your photos any more.

Moments—a product from Facebook’s Creative Labs—is a standalone app launched this week for iOS and Android devices. It lets you easily sync up with other friends’ phone photo libraries (and them with yours) so that you all can “get” any pictures you’ve played a starring role in.

Using the same facial recognition technology that Facebook uses, Moments keeps all of your synched photos organized, and is fully searchable, in case you’re looking for a photo of you and that special someone!

It’s already launched in the U.S. on iOS and Android, and will be rolling out to more countries soon. Facebook keeps steamrolling on.

LinkedIn Revamps Pulse App to Try and Personalize Your News

LinkedIn has really got its finger on the pulse! Sorry, couldn’t resist. They’ve just launched a re-vamped version of its Pulse reader app, which filters content based on who you’re connected with and where you work. This is key, because the old version of the app didn’t allow for personalization.

Using machine learning to understand the content you’re interested in, the new look is slightly Facebook’y—which may or may not turn some users off—but one feature that makes it stand out from Facebook is that you can hide stories on Pulse to help the app learn what you like and don’t like.

Another differentiation: On LinkedIn, if you see a story, you also see the reason it was “picked” for you. For example, “Your connection Kara Swisher was mentioned in the news.” No more head scratching a la Facebook’s sometimes wonky feed algorithm.

The new app is available on iOS and Android. LinkedIn will be shutting down the existing Pulse app by the end of the year. 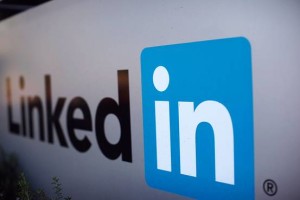 Speaking of LinkedIn apps, according to sources, LinkedIn is developing two new ones. LinkedIn Groups will alert you when messages are posted to groups you belong to, and LinkedIn LookUp helps you lurk discover information about your co-workers. In an effort to simplify communication, LinkedIn also is testing changes in mobile messaging across all its apps. The new apps join eight other LinkedIn mobile apps, including ones devoted to recruiters and job seekers, reflecting a broader strategic shift within the company since the ascendency of Chief Executive Jeff Weiner last fall. A mobile first mindset is prevalent everywhere—not just at the New York Times.

Is Twitter’s Project Lightning Looking to Nix the Timeline? 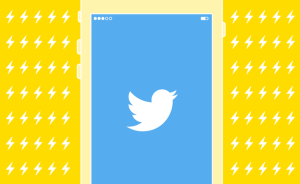 According to the BuzzFeed piece, although a few months away, here’s what Project Lightning might become:

“On Twitter’s mobile app, there will be a new button in the center of the home row. Press it and you’ll be taken to a screen that will show various events taking place that people are tweeting about. These could be based on prescheduled events like Coachella, the Grammys, or the NBA Finals. But they might also focus on breaking news and ongoing events, like the Nepalese earthquake or Ferguson, Missouri. Essentially, if it’s an event that a lot of people are tweeting about, Twitter could create an experience around it.”

“There’s a beautiful connection to our strategy of reaching users on every platform. It’s not just logged-in Twitter, it’s logged-out, and it’s syndicated on other websites and mobile apps. This reaches all of them. The collections are a core part of our logged-in experience—that’s the point of being in the center tab. But you can easily imagine them as logged-out experiences telling about something happening now out in the world. And you can imagine them—and this is new—as collections and syndicating them across any website or mobile app.”

Think about how this might also work in conjunction with industry conferences—it could be pretty cool and a way for Twitter to deliver value in ways its not currently doing. Which , for Twitter to stay relevant, is pretty important.

Oh Twitter. Autoplay? Really? Yes. Apparently, video ads, Vines, and GIFs will soon be auto-playing on a Twitter stream near you. Don’t despair, much like the video experience on Facebook, the videos will be silent, requiring a tap to turn on the sound. I know people have been whining about it, but I’m not really sure what the big deal is. This strategy has worked beautifully for Facebook. The feature is currently rolling out on both the Web and the app for iPhone and iPad.

Users can choose to turn off autoplay feature entirely, or choose the feature that won’t allow autoplay when you’re not connected to Wi-Fi.

As if there wasn’t enough Twitter DM spam already, starting in July, Twitter will remove the 140 character limitation for direct messages, opening the doors for those “Thanks for connecting! Please share my latest blog post! You can find it at….” messages to just go on, and on, and on.

There’s an updated API for developers, and the company hopes that in announcing it early, and providing documentation for developers, when they launch in July all apps will be ready to support it.

This change? I hate.

Ok, THIS is a change I’m sure Android users will like. You know what it’s like–spend an hour in traffic only to arrive to find your favorite restaurant/store/bar is closed? Not any more, thanks to the latest feature added to Google Maps App for Android. Along with indicating, “your destination may be closed by the time you arrive,” it will also show the regular operating hours, as well as what time it will be when you actually arrive at your destination.

I use the Google Now app on my iPhone all the time, and have to admit I always look at this information (the business hours and driving/traffic time) before going anywhere, so if this isn’t a part of your SOP, and you’re an Android user, you’ll enjoy it.