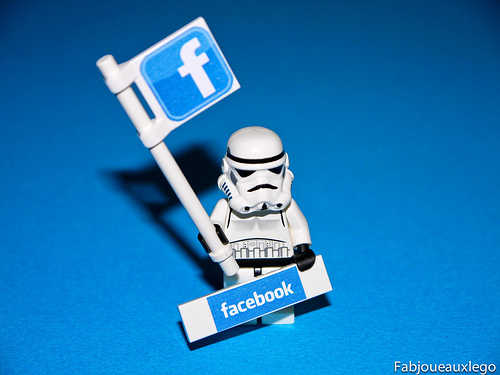 As the consumption of video continues to skyrocket across the leading social media platforms—especially on Facebook, where they’re clocking 4 billion views a day, four times where they were just a year ago—the majority of marketers are planning to significantly increase their use of the video format to drive their advertising campaigns. Some, though, are failing to match their aspirations by neglecting to allocate a proportionate part of their digital marketing budget to social. These are just two of the conclusions from a recent report that also suggested that marketers must look at more than just the number of views as a measure of success.

The report, The State of Video Advertising came from advertising software company Mixpo’s survey of more than 125 agency, brand, and publishing executives across the U.S. (60 percent B2C/40 percent B2B) about their plans for, and views on, video ads on social. Admittedly, that’s a small test group, but the results are nonetheless an interesting and early glimpse into the forces shaping the advertising landscape of the future.

The Rise of Video

Unless you have been hiding in a cave for the last few years it can’t have escaped your attention that video has become a prominent means of consuming content. It is now the fastest growing format online and is set to dominate for years to come. The Mixpo study highlights a stat from Cisco that estimates video is likely to represent nearly 90 percent of global consumer Internet traffic by 2018. I wanted to take a deeper dive into the Cisco stats to reveal the extent of the dominant force that video is set to become.

Overall numbers. By 2019 almost a million minutes of video content will cross the Internet every second.

Video to TV. Internet video to TV will increase four-fold by 2019.

There is one other major factor that I think will continue to make video increasingly attractive to marketers, and that’s the mix of mobile and the Millennial. Consider two stats from a 2014 Google/Ipsos study:

The overwhelming majority of Millennials (and increasingly, I suspect, the rest of us) are consuming video on smartphones. Not only that though. They are less easily distracted, and therefore more likely to be meaningfully engaged on their mobile device than when watching video on TV.

Add in previous estimates from Cisco that mobile data traffic will increase eleven fold in the five years spanning 2014 to 2019, and you can see fertile grounds for marketers. It comes as no surprise that advertisers and agencies are catching on and planning to increase their use of video this year, as this graphic from the Mixpo report confirms.

That leads us on nicely to the other major influence driving video and social.

Having recognized the power of video to capture attention and increase engagement, Facebook is fast becoming a major player in the video advertising market. Its ambition, it seems, is to give all of us no reason to ever move away from our Facebook streams, and in the process capture an ever larger portion of the advertising revenue pot. Three recent developments have been driving the astronomical increase in video views on Facebook and capturing the attention of marketers.

Native videos. The introduction of native videos, which allow for uploading direct to Facebook without a link to an external source. The effect has been profound, as evidenced by these graphics from Social Bakers that appeared recently on Business Insider.

IBM/Facebook partnership. I wrote recently about Facebook’s partnership with IBM, a pairing that allows marketers to purchase Facebook ads based on combined data from both Facebook and IBM’s Marketing Cloud. The collaboration gives advertisers the means to deliver much more targeted and relevant ads to their audience on Facebook.

Instant Articles. The launch of Instant Articles, a new tool that allows publishers to publish branded articles and videos (with ads) direct to their Facebook Newsfeed.

It’s not too hard to see why more advertisers are planning to run video ads on Facebook than on any other network, including You Tube. And for those of you who don’t want to see a Facebook monopoly developing, fear not, there’s also a significant jump in interest in video ads on other social platforms like Instagram, Twitter, and LinkedIn.

There are some words of caution for marketers in the Mixpo report.

Although respondents were excited about placing video ads on social platforms, nearly three-quarters reported that less than 25 percent of their digital advertising budget would be allocated to social, and nearly half were only setting aside 10 percent. That balance may needs to be redressed to get the best out of social video advertising.

There is a also lack of best practices and mature technology in the area of social video. Advertisers need to develop innovative approaches to the planning and execution of campaigns to ensure their effectiveness.

And finally, while vanity metrics like shares and video views might look impressive on the surface, concentrating on number of views alone may be misleading to advertisers. Instead, the focus should shift to factors like engagement, shares, and the ever-important conversion rate.

What about you? Are you experimenting with video as part of your content marketing strategy? Have you abandoned You Tube in favor of Facebook? I would be interested to hear about your experiences.

You can find out more about the Mixpo report (registration required) at The State of Video Advertising.