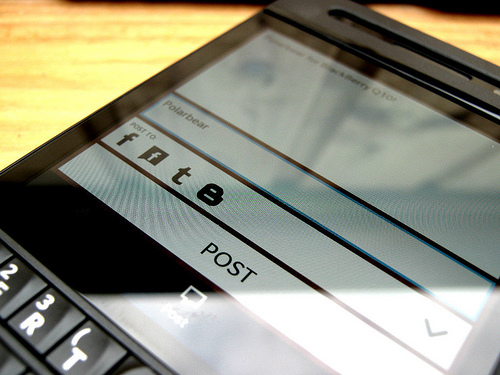 You might expect the average marketer to generate a storm of social activity, but how do they compare with the average social media user? That was the question the Association of National Advertisers (ANA) set out to answer in their 2014 survey, “How Social Are You?”

The results from across the ANA’s membership aren’t much of a surprise: Many advertising pros are above average users of social platforms. Just how connected are we? And which platforms have won our loyalty—for now at least?

According to the survey, 82 percent of marketers are social media users, with 30 percent describing themselves as “very active” and six percent as “extremely” active. 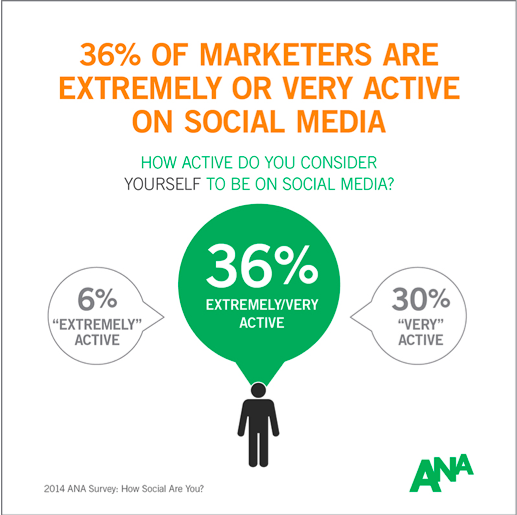 Drilling down into activity on different platforms, the survey revealed just how much more active marketing professionals are when compared to the average U.S. adult (as estimated by the Pew Research Center).

The survey also revealed marketers like to mix the personal and professional, with just over half (51 percent) confirming they post industry news and work-related content on personal accounts. Facebook is the most popular platform when mixing business and pleasure, with Twitter and LinkedIn lagging behind. 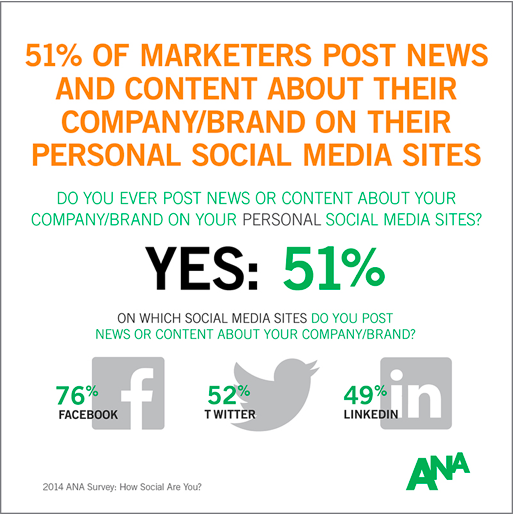 Rather surprisingly, given the importance of content marketing in the advertising landscape, only one in five marketers reported blogging, either personally or professionally. Definitely a missed opportunity for those who want to enhance their personal or professional brand.

It definitely wasn’t surprising to learn that marketers, so immersed in the digital environment in their work lives, are above average users of social media in their personal lives as well.

What may raise a few eyebrows is the revelation that so many blur the lines between posting personal and professional content. There’s a fine line between sharing interesting content and your shares beginning to feel spammy. Remember, while your company’s most recent industry award or latest case study might be interesting to you, your old high school buddies and your family out east might not be so appreciative.

Personally, it doesn’t bother me one bit—I’m judicious with what I share, and make sure to include a lot of interesting, non-work related articles also. It’s really down to you to decide, as only you truly know the people who make up your Facebook friend list.

How about you? How do you balance work and personal content on your social media accounts? I would be interested to hear your experiences.

The full report is available (to ANA members only) through the ANA website.