Over the the last few weeks, Facebook rolled out a few changes to Messenger, its standalone messaging platform. Changes that include —drumroll please—free phone calls and real-time video calling. If you’re not a Messenger user and/or not paying attention to what’s happening with messaging platforms, that news was likely no big deal. For those of us who do pay attention, the news was big. In fact, the news is gigantic—a move that totally makes sense, and at the same time is equal parts exciting and terrifying.

We’ve all heard about kids not using The Facebook, opting instead for messaging apps like Kik, Whatsapp, and SnapChat. And you know what? For younger kids, that’s likely true. I let my nine-year-olds message their friends using Kik (closely monitored, because I trust no one) (naturally). Whatsapp is another popular platform, with some 700 million users globally, and of course SnapChat, they of the “disappearing conversations and images” has a young user base as well. Yet even as brands rush to get in front of these audiences, growth stats show use of these platforms stagnating, evidencing an inability to retain a user base that’s 18+. Problematic for them, an opportunity for The Facebook.

The challenge? How to make Facebook—where your parents and grandparents hang out—interesting for kids. The solution? Privacy, free, real time connectivity, and the Messenger App. 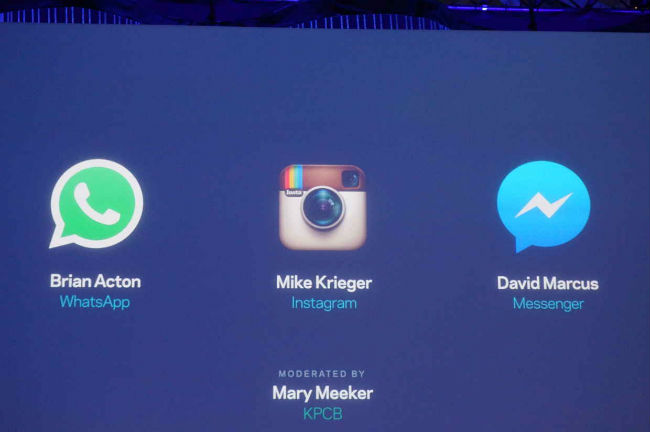 Messenger: The Candy Store for Kids

Enter Messenger. Or, as I like to call it, the Candy Store for Kids. When Messenger first rolled out, it was Facebook’s first step at messaging domination. People, long used to sending private messages through Facebook, railed about having to download a separate app, wrote blog posts about privacy concerns, and generally rolled their eyes. Six-hundred million users later, Messenger showed them. I’ve been a Messenger since the early days and love it. Messenger has always been a place to have quick and easy conversations, take and/or share photos and links, record audio and, of course, send oh-so-important emoji to your pals.

A recent upgrade to the Messenger platform opened up a whole new world of rich media opportunities to the site’s users: GIFs! I mean, emoji are cool, but GIFs? So much cooler, and definitely attractive to young people. Facebook’s move to open up the Messenger platform for developers is also brilliant, and more apps designed to enhance the Messenger ecosystem are rolled out daily.

But here’s the kicker: Messenger’s latest iteration allows free phone and video calling. If you’ve not yet noticed it, here’s how you access these features – those little buttons up in the top right: 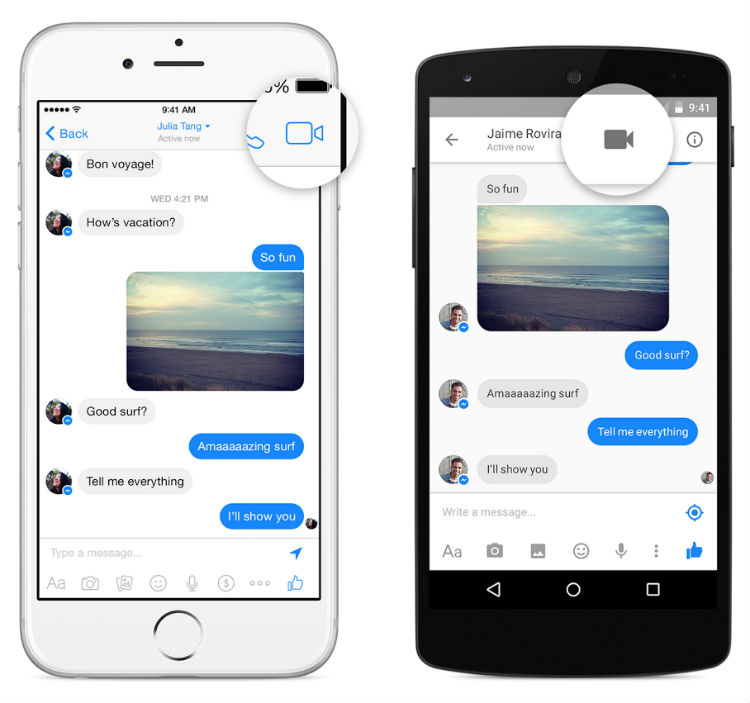 For a kid? Isn’t that a little bit like a visit to Mr. Bulky, but with no purchase limits? Think about it just for a minute: By using Facebook Messenger, you can make phone calls and video calls—for free—using only a wifi network. No cell phone/data costs. And privacy? There are zero records (phone logs) for parents to snoop through. In fact, I’d venture a guess that by and large parents probably aren’t aware of Messenger and/or why their kids might be drawn to using it. And that? If you’re a parent, that should scare the crap out of you.

The Brilliance that is Facebook’s Moves With Messenger

Facebook has its sights set squarely on becoming in the U.S. (and globally), what WeChat has become in China. China has long been ahead of anyone else in terms of how smartphones and devices are driving innovation and being knit into the culture of everyday life. And Facebook clearly aspires for Messenger to do what WeChat has done in the West, and beyond. Take a look at what the global messaging landscape looks like:

With 11 billion accounts and some 500 million active users, WeChat is fully integrated into the fabric of daily life in China, both from a personal standpoint and a business standpoint. Users buy things, send money to one another, and businesses can even open up stores inside the application. Well beyond messaging? You bet.

And Facebook’s plan for Messenger is in many ways a mirror of what’s available through WeChat. Messenger users will be able to send and receive money through the platform, and check order status on purchases made that specifically allow tracking through Messenger. They can check sports scores (and send sports related GIFs, of course), consume content, create and send rich media content to friends—and much, much more. Not only that, brands will be able to connect with customers as Facebook also rolls out business applications for Messenger. I think we’ve only glimpsed the tip of the iceberg of what Facebook will do with its Messenger platform.

Facebook’s Messenger platform is where the messaging happens. Even more importantly? Messenger is where the privacy is. When you add the kids (and the millions of other users), who will be inevitably drawn to the free video and VoiP capabilities of the messaging platform, and the privacy that Messenger affords, what exactly is it that Facebook doesn’t have? And here’s where the brilliance of separating out the Messenger app from the Facebook platform in general becomes all too obvious. Kids might not want to hang out on Facebook—that makes total sense. But they can (and likely will) use Messenger, and to Facebook, that’s what really matters.

What do you think? As much as I love, and use, Messenger, as a parent, it’s one more thing to be aware of – and worried about. What’s the next big app? No one knows for sure, but Facebook’s positioning of Messenger is definitely worth watching.