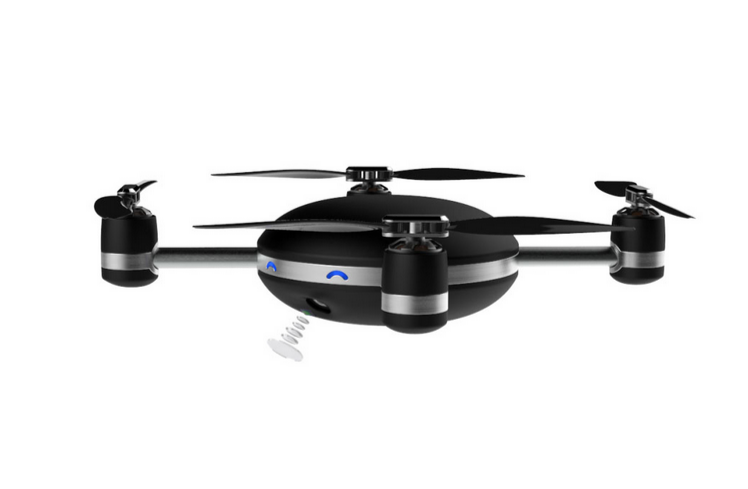 Oh, Verizon, you crazy kids. Four and a half billion dollars for AOL? It will be fascinating watching this purchase play out. Word on the street is that Huff Po, TechCrunch, and others are already quaking in their boots.

We explore this rather surprising, definitely mobile drive media/tech development, and a whole lot more, in this week’s edition of “Things You Need To Know This Week.”

Verizon to Buy AOL for More Than $4 Billion

As mentioned above, Verizon Communications is buying AOL for roughly $4.4 billion. Great news for Chief Executive Tim Armstrong, who stands to net nearly $180 million – yikes, can you even imagine??

Anyhow, federal regulators must still approve the deal, but there shouldn’t be any major problems. That said…what’s the phrase…history repeats itself? One has to wonder whether Verizon learned nothing from the disastrous year 2000 merger between Time Warner and AOL, which was valued at more than $160 billion. One’s thing’s for sure, AOL’s value sure has plummeted these past 15 years.

So, what’s AOL’s allure? Aside from the fact that there’s been a ginormous shift in how people get their news these days, with mobile taking over and dramatically shifting the advertising landscape, another trigger for Verizon’s purchase was motivated by the privacy busting “super cookie.” The company was forced to offer consumers an opt-out option on data tracking. Now with AOL, Verizon will have a complete profile of users: Online, mobile, and TV/video.

While AOL has had limited success reviving its corporate brand or its subsidiary brands, it has been successful in developing new video and programmatic assets. We assume this is one of the most attractive aspects of the deal for Verizon.

In the deal, Verizon nabs a range of media properties, including TechCrunch, HuffingtonPost, Mapquest, and Engadget. It will be very interesting to watch where the chips fall when it comes to those outlets.

Are Wearables the Next Employee Accessory?

In a March 2015 study by Salesforce.com, nearly eight in 10 U.S. enterprise wearable adopters agreed that wearables would reshape their companies’ future success. More than three-quarters of users had already seen improvement in their business performance due to wearables, and 86 percent of adopters intended to increase spending over the next 12 months.

Enterprises were most interested in using wearables to track workplace productivity, but beyond that, improving the customer experience thanks to real-time access to customer data, business analytics and alerts, and customer instruction and coaching were all top use cases.

While businesses see wearables as a fountain of data, other research indicates customers may not be so keen on sharing their information. December 2014 polling by TRUSTe found that 87 percent of U.S. Internet users were worried about smart devices, which include wearables, collecting and using their information in ways they were unaware of.

The most interesting finding here is the much greater ad viewability in mobile vs. the PC. If this finding is replicated, it will help to accelerate the adoption of mobile video advertising.

Lily Camera: The New Camera Equipped Drone Follows You Around

You can’t move anywhere in today’s world without being recorded. There are cameras everywhere. The only downside? You can’t access all that amazing footage of you entering an elevator, or lolly-gagging on a street corner, or going about doing the exciting things we all do on a daily basis. Enter, Lily Camera. When it ships later this year, the flying drone, err, camera will feature a 1080p, 60 FPS camera and another 720p, 120 FPS camera, both of which can be trained on you. The flyer will use its built-in GPS to stay fixed on a little Lily tracking device worn on your wrist or in your pocket. Talk about taking the selfie to the Nth power, huh?

It will also, according Lily Camera CEO Antonie Balaresque, learn to recognize you. The final Lily will have a computer vision system that will know your face and then work to always keep you in the frame. The perpetual selfie. I cringe at the very thought.

And yes, the Lily Camera will fly itself.

“You throw this in the air, go about your business and at the end, you’ll have a high-quality video,” said the camera’s cofounder Henry Bradlow.

Am I the only one who finds this just a little bit creepy?

Balaresque noted that the pocket GPS will tell Lily Camera when you might be jumping or falling, for example; a quad of buttons makes the device either fly closer to or further away from you, or lets it circle to your left or right — while always keeping you in frame. What? It won’t catch you too?

The final version of the Lily Cam will be waterproof and even throw-proof; throw it into a lake and let it take off from the water, or hoist it into the air and let it stabilize itself. Lily Camera will sell for $899 at retail, but the company is offering a steep discount for those who order early: $499. Selfie-lovers, go get it! I’m going to go forget I know about this.

Residing on Twitter’s site, any prospective CPG advertiser can search target behaviors of purchasers in a brand’s category (or your competitor’s brands) and know instantly how many of those folks Twitter can deliver, and at what projected cost. Here’s an example, from MediaPost: “You’re a brand manager for a natural pet food brand. Within a few clicks, Partner Audiences will show you, for any upcoming paid posts, that you could target the 3.2 million Twitter users who are known to buy pet food or the 1.91 million users who buy natural pet foods or the 1.07 million users who buy Iams branded pet foods.” This isn’t PPC advertising – instead, think of it more like an ad in a magazine. It’s all about lifting brand awareness and consideration for a later sale at a retailer.

However, what makes the paid post on Twitter much better than the ad in a magazine is not only the ability to target only those with a known real-world behavior (such as in-store purchase data), but also the ability to determine how many of the Twitter users who were exposed to or engaged with the paid post went on to purchase the brand. That’s where your true ROI lies. The hyper-targeting is factored into the bid, so there are no additional costs and there are no minimum spend commitments. However, to get visibility all the way from exposure/engagement to purchase, some spending thresholds will be required.

This video, created by a son hoping to find his mother a “love match” is just about the cutest thing, in the history of ever.