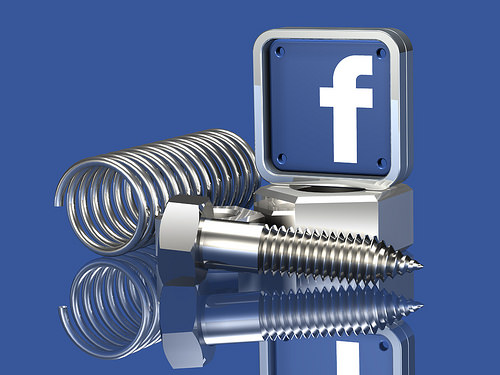 With the much anticipated launch of their Instant Articles initiative, Facebook is removing yet another reason for us to ever leave the Facebook stream and, in the process changing the publishing landscape in ways that we could barely have imagined just a few years ago.

If you missed the launch, Instant Articles is a new tool that enables publishers, (limited to a select few initially), to publish articles and videos directly to their Facebook News Feed. The pioneers for the new undertaking are some pretty impressive media companies, including The New York Times, BuzzFeed, National Geographic, NBC News, The Atlantic, The Guardian, BBC News, Spiegel and Bild. For me, with some of the biggest players in the market being willing to get involved at the outset, this confirms it as a pivotal moment in publishing,.

Facebook says the new product will give the reader a much faster experience than they been able to have to date, with load speeds estimated at 10 times faster than for standard mobile web articles. Publishers will also be able to enrich the user experience with interactive features, including the ability to zoom in and explore high-res photos and videos, traverse interactive maps, hear audio-captions, and comment on and like individual parts of an article in-line—all of this without leaving the Facebook stream.

If you haven’t yet had the chance to sample Instant Articles, this video from TechCrunch will give you a much better idea of how it all works.

Available initially only to iPhone users (Android is undoubtedly on the way), posts in the Instant Articles format will still appear on other devices and platforms and link to the publisher’s website in the normal way. You can see all of the posts, together with initial reactions from early adopters, at Facebook’s special Instant Articles Page.

The team behind the new initiative says that Instant Articles has been designed to improve the experience of the increasing number of people who access their news on their mobile devices. Facebook product manager Michael Reckhow explains:

“As more people get their news on mobile devices, we want to make the experience faster and richer on Facebook. People share a lot of articles on Facebook, particularly on our mobile app. To date, however, these stories take an average of eight seconds to load, by far the slowest single content type on Facebook. Instant Articles makes the reading experience as much as ten times faster than standard mobile web articles.”

Facebook appears to have worked to assuage publishers’ fears by involving them at the design stage to build their needs into the product. TechCrunch reports that following early meetings with the BuzzFeed team, Facebook came back with all of the items on the BuzzFeed wish list around design, analytics, and monetization fulfilled. That wish list (and a wish list we assume is similar to the desires of other publishers as well), included things like:

So, all in all, it’s a big change for readers, publishers, and Facebook alike, but what will the likely impact be, and what are the pros and cons for each group and for the wider web?

Readers. Instant Articles is designed to enhance the users’ experience by reacting to where they scroll; playing video and audio without the need to tap, and allowing them to navigate by tilt and touch. If you’ve watched the video, you’ll know that the initial reaction from TechCrunch has been generally favorable, but it will ultimately be the users who determine its success or failure, and only time will tell on that one.

Publishers. Publishers will, I imagine, have mixed feelings about this one. After all, what’s not to like about being able to gain branded exposure on the world’s largest platform, being able to sell your own ads and retain 100 percent of the revenue? Well a lack of control for one thing. Facebook says that using Instant Articles won’t mean that publishers will necessarily be featured more on the Newsfeed, which of course will still be controlled by Facebook’s ever changing content algorithms. What the new feature does give publishers, however, is the opportunity to gain greater prominence by earning more mobile views, likes, and shares with the richer format that Instant Articles offers. Purportedly.

For publishers, the risk is that readers will never have to leave Facebook, meaning that their own websites, and all of the other stuff they want potential customers to see that maybe doesn’t fit well in the new feature’s minimalist format, will have less visits. This is a huge deal. Publishers, who have grown to depend on Facebook referrals, will need to carefully monitor the data to establish how Instant Articles is actually impacting their business. They’ll have to pay special attention to the ad campaigns they might create within published content, and work on CTAs that are both compelling and measurable, and which are also designed to drive traffic where they ultimately want it to go. Many, I suspect, will take the view that it will be better to go “native” with Facebook than to be on the outside looking in. With major players like the initial group involved here tossing their respective hats in this ring, it’s hard to imagine that this opportunity is worth ignoring without at least exploring, given the opportunity.

Facebook. There will some who say that this is just another step along the road toward Facebook’s mission to take over the Internet. That may be something of an exaggeration, however from the introduction of Pages, through the native posting of video, their updated Messenger app, right up to this latest innovation, that has been the direction of travel. Facebook has every reason not to want people to be tempted to go elsewhere. You need look no further than Facebook’s partnership with IBM to see the emphasis that they place on their own ads. Targeting the right audience at the right time with data fueled ads is the way forward and keeping readers “in-house” is definitely the key to success. And revenue for Facebook, of course.

The Wider Web. What might the impact be on Facebook’s competition? The always interesting Danny Sullivan, Editor at Marketing Land’s puts forward an interesting hypothesis where he imagines that Google might be emboldened to take the same kind of approach, causing, as he puts it, “the web to be swallowed up by two gatekeeping giants.” (His imagined press release for Google, based on the Facebook release, is well worth a read!). Are we heading for a world where web sites largely disappear and we only have the choice of a few “super streams”? I sincerely hope not. However convenient that might be for the consumer, or perhaps better said as the act of consumption itself, getting information from a variety of reliable sources and having competition when it comes to that is, to my way of thinking a good thing. And an important thing. I don’t know about you, but getting all my information from one place makes me more than a little nervous. Danny summed it up nicely with these words:

“Don’t get me wrong. We’re living in a web of streams, where it makes a great deal of sense for publishers to go to where the users are. Some even think websites aren’t necessary these days.

I’m not one of those. I think you want a place you own and control in addition to how you outreach. Maybe we’re overdue for textual content to be hosted offsite in the way we’re used to with images and video, especially if ads can be embedded. Maybe the clickthrough to content is finally getting its inevitable death.

But my gut says that if we eventually have both Facebook and Google offering to host everything in the name of speed and user experience, that’s not a good thing. Maybe I’m wrong.”

Good things rarely happen for consumers, or for other businesses, when monopolies happen. Many publishers will be watching this one with interest and may well be very soon knocking on Facebook’s door to find out how they too can get involved. It will be fascinating to see where we go from here. I would love to hear your thoughts on this new development and where it might be taking us.

Additional resources on this topic:

Why Facebook’s Messenger App is Likely to Dominate
With Facebook’s Instant Articles, Publishers May Find 70 Cents Is Better Than a Dollar
Facebook’s Latest Acqui-hire Hints at its Growing Online Publishing Ambitions