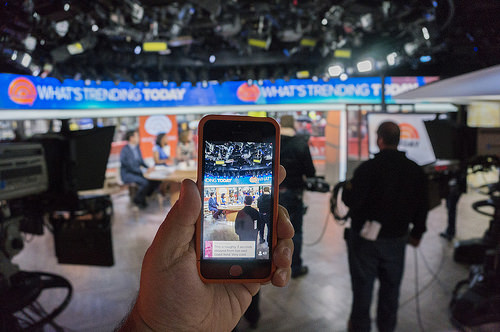 The biggest news of the week (at least in the tech space) is that preorders began for the Apple Watch. I had really convinced myself that I was going to sit this one out and wait for the next gen product. Then, the other day, I found myself shopping for a new FitBit and ultimately ending upon the Apple website. I swear that “order” button just jumped into my hand. I rationalize this – because of course, I rationalize everything – by my fascination with wearables and the IoT and how they are, and do, and will continue to change everything about so much of what we do on a daily basis. You’ll buy that, right? The rationale, that is. Plus, it’s birthday month and I’m impossible to buy for (or so I hear), so I’m going to just accept the gadget addiction that is clearly my problem and look forward to when I receive the notice that the Watch has shipped.

Watches aside, there was still plenty of other interesting things going on, so let’s get to it.

Small Businesses Are Not As Social As You May Think

In a January 2015 survey by Thrive Analytics, Facebook and other social media sites ranked as the second most effective marketing method among U.S. small and medium-sized businesses (SMBs). But don’t mistake that to read that more SMBs are using social media as part of their marketing tactics. Which is not necessarily a bad thing.

In fact, four in 10 U.S. small businesses surveyed said they didn’t use social media for business, which was actually up slightly from 38 percent in fall 2014.

Thrive found that SMBs were most likely to keep social spending the same in 2015, and many just don’t have the resources to keep up. Fully 55 percent updated social media business content monthly or less frequently, while just 15 percent did so daily and 30 percent weekly.

Here’s the thing. Social media is but one small part of an integrated marketing strategy. And if you don’t have the staff or the expertise or the resources to do it in an effective manner and, in some cases, if you don’t have money to put behind an advertising effort in the social space, it’s just not worth your time. That doesn’t mean I don’t think there’s value in social media marketing, but I actually like seeing businesses starting to figure out that social isn’t a magic bullet of a channel and there’s much more to getting measurable ROI out of social media than pushing out content on a daily basis.

Mobile display ads are generally more viewable than those served on desktop, based on data released earlier this month by Sizmek.

The study found that ad placements sized for mobile provided better ROI than desktop-specific creative for almost all display ad formats. HTML5 standard banner viewability was especially strong on mobile, at 79.3 percent on average, vs. 48.4 percent for desktop.

Viewability rates for mobile publisher direct ads were 74.1 percent, vs. 54.4 percent on desktop. Programmatic placements on mobile saw average viewability of 81.4 percent, while desktop came in at just 39.7 percent.

However, the industry remains skeptical about viewability as a whole. In a December 2014 study by The 614 Group and AdMonsters, two-thirds of U.S. digital advertising, marketing and media executives did not believe that the majority of digital publishers would reach high viewability standards by the end of 2015.

Mobile native ads now rank as one of the top developments in mobile advertising, and budgets are expected to increase significantly in the coming years. Those who have embraced mobile native ads have seen a multitude of benefits, particularly when it comes to engagement.

Among users and potential users, mobile native ads were especially popular for interacting with consumers, with six in 10 saying such placements engaged the audience better than other formats.

Research released in October 2014 by Polar showed higher clickthrough rates (CTRs) for ads run on mobile compared with desktop in the U.S. and UK. Average CTR for native ads run on tablets was 0.28 percent, and smartphones were right behind at 0.27 percent. Meanwhile, average CTR for desktop native ads was just 0.15 percent.

In an online study of 750 U.S. adults ages 26 to 24 (part of the Millennial cohort) in February 2015 by Conviva, three-quarters of respondents said they were willing to endure poor digital video experiences for just four minutes or less before ending the video.

The better the experience a video site or app provides, the more time this Millennial audience spends with it. Viewers who had the highest-quality experience—low interruption, high fidelity—spent nearly 20 minutes on the site weekly, on average—65.8 percent higher than the 11.4 minutes spent with services providing low picture quality and excessive interruptions.

Video services that can’t appease Millennials’ demands for smooth viewing risk losing their audience. While Millennial digital video viewers were most likely to immediately close a video and try again (49 percent), 40 percent of respondents abandoned the service altogether, opting to view the video on a different app, site or platform, or to stop watching video online altogether.

A great thing about messenger apps is letting people know when you’re away (even if you’re not). An Apple patent spotted by AppleInsider describes a feature that would let you do the same for voice calls, too.

While it’s just a patent filing, the documents submitted to the trademark office do offer some ideas, though. For instance, it says the feature would upload data about its condition (such as its ringer volume, vibration status, device location, cellular strength, battery life, etc.) to a remote server.

This will effectively set your “status,” so when callers look up your contact entry on their phones, they’ll see if you’re on vibrate/airplane mode or running out of battery — suggesting you don’t want to, or can’t be bothered. They’ll even see if you’re in another time zone, among other details.

Addressing the obvious privacy concerns, the documents did mention it will come with the power to opt out of showing info you don’t want others to know. 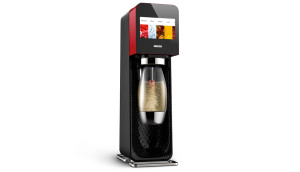 Sodastream, the well known “make your own soda at home” device, has teamed up with name-brand designer Yves Behar to develop the Sodastream Mix for making your favorite cocktails. The device is really one part CO2 injector and one part Internet of Things device.

To operate the device, you simply touch the screen and cycle through to the alcohol section. You’ll be presented with a variety of recipes to follow. When done, insert the mix into the Sodastream and the device will carbonate it.

The company promises that the device can compensate for the differing fluid density levels of each drink, so it’ll ramp up (or down) the fizz for a drink with pulped fruit compared to a whiskey sour. If you’re looking for something to jazz up (or maybe I should say “fizz up”) your next party, this might be worth checking out. As for me? I’ll stick to beer.

According to new figures from eMarketer, advertisers worldwide will spend $23.68 billion on paid media to reach consumers on social networks this year, a 33.5 percent increase from 2014. By 2017, social network ad spending will reach $35.98 billion, representing 16.0 percent of all global digital ad spending.

Advertisers in the U.S. and Canada place a premium on social media and will ramp up paid spending on social networks 31.0 percent this year to pass $10 billion for the first time.

Also, advertisers in the U.S. and Canada will spend more than $50 for each user across the social landscape in their respective countries. In just two years, that outlay is expected to increase to $71.37 per user.

For the foreseeable future, the U.S. and China will be the leading individual countries in social network ad spending, collectively commanding more than half the worldwide market throughout the forecast period.

Not surprisingly, at a company level Facebook is dominating the global paid social advertising landscape. eMarketer estimates that in 2015, the company will make $15.50 billion in ad revenues, or 65.5 percent of all social network ad spending worldwide. Twitter is also gaining share, expected to take 8.8 percent of global social network ad spending, or $2.09 billion, up from a seven percent share in 2014. LinkedIn, the other major U.S.-based social ad seller for which eMarketer forecasts ad revenues, will make $900 million in advertising this year. 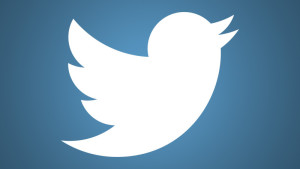 Aiming to provide a sweeter landing spot for the millions of visitors who aren’t sign into its network, Twitter unveiled a new homepage today. The new page is essentially the same as the one the social network has been testing for the last couple months. Instead of a dead-end login page with no content, people who aren’t logged into Twitter are presented with a selection of topics — Politics, Pop Artists, General News Sources, Cute Animals and Tech Blogs & Reporters, etc., all designed with a view to tempt them to want to know more.

By giving logged-out users an immediate taste of what Twitter has to offer, the company is hoping to entice more of them to join its ranks of 288 million monthly active users.

Twitter’s revealed this week that its embedded tweets are about to get a makeover.

The first thing you may notice is how much space is devoted to visual content. Images now go edge to edge and will dynamically adjust size and resolution based on the device on which they are being loaded.

“This latest design makes it easier to tell engaging stories by beautifully integrating tweets into your content. In the three years since we first introduced embedded tweets, Twitter has become much more than a medium for text, now encompassing photos, videos, and more.”

The new embedded tweets will be rolling out “soon” to all users.

Twitter Looking To Grow Periscope at the Expense of Upstart Meerkat

The battle between mobile live video streaming apps Meerkat and Twitter’s own Periscope is heating up. According to TechCrunch,  multiple sources have reported that Twitter has contacted celebrities who use Meerkat with the goal of convincing them that the platform is dying and that Periscope is the best option.

Even further, TechCrunch is reporting that Twitter has contacted media companies using Meerkat with the implication that if they don’t switch over, they may lose access to Amplify. This is a big deal as Amplify, Twitter’s pesudeo-TV commercial product, works with featured video clips from content providers.

Meerkat took the early lead in the live-streaming war, but the battle has since heated up since Twitter launched Periscope and is obviously focused on attracting users and attention. It will be interesting to see how this plays out.

In case you did catch it, Hillary is running for President

However, Zeke is not quite ready for Hillary