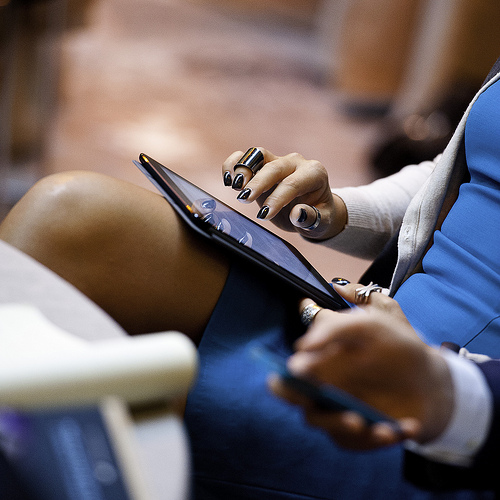 Further confirmation, if it were needed, that the millennial generation is dramatically reshaping the world of work has emerged from a recent report. This time though, the global nature of the research has not only reinforced many of the most common assumptions about millennials and work, but has also revealed that in some parts of the world differing opinions hold sway.

The “Millennials: Understanding a Misunderstood Generation Report,” the first of what will become an annual survey, was commissioned by INSEAD’s Emerging Markets Institute, Universum, and the HEAD Foundation. Writing about the rationale behind the research in the Harvard Business Review, Academic Director of the HEAD Foundation, Henrik Bresman explains that the study wanted to go beyond the narrow understanding of what a typically Western population wants, and take a more global view.

The result was a survey of more than 16,000 people, between ages18 and 30, in 43 countries across the world. While the report authors acknowledge the resulting data has some limitations due to the uneven response, some interesting patterns have emerged that show many geographical and cultural variations in viewpoints.

Here are some of the headlines from the report:

Millennials want to become leaders for different reasons. Overall around four in 10 respondents said that becoming a leader was “very important.” Interestingly though, this proportion varied wildly according to location, ranging from 63 percent in India to just 8 percent in Japan.

When asked about what they wanted to see in their leaders, more than 40 percent of respondents from North America, Western Europe, and Africa said they wanted managers who “empower their employees.” Conversely, just 12 percent in Central/Eastern Europe and Asia said the same, with the majority citing technical and functional expertise as being most important – an interesting cultural divergence.

Work-Life balance for millennials. Having enough leisure time for your private life came as the top work-life priority in all parts of the world, though there were clear regional, age and gender differences after that.

The long-term millennial view. When it comes to predicting when they might retire, the survey also through up some stark regional differences:

The regional and cultural differences this report highlights adds yet another layer of complexity to the generational change millennials are bringing to the workplace. Worryingly this change is something that business in general is struggling to adapt to, as highlighted by a recent report from Deloitte. The 2015 Deloitte Millennial Survey revealed there are gaps in three key areas between the views and aspirations of the millennial group and their perceptions of how business is conducted.

The Impact Gap. Millennials believe business should have a clear sense of purpose and should focus on the well being of employees and the wider community. The millennial view is that social responsibility should be at the top of the business agenda alongside the pursuit of profit.

The Leadership Gap. Millennials believe their leaders care more about profit and personal rewards than they do about people. Millennial respondents felt that employees should be a top priority, with employees’ well being, as well as growth and development, ranking very high as things a business should be focused on, alongside making positive contributions to the community. These areas, though, showed the widest gap between perceived leadership priorities and the prime concerns of millennials.

The Connection Gap. The “super-connected” millennials – defined as those who use social media significantly for personal and business use more than average – have an even stronger belief that business can have a more positive impact on the community and the outside world. Indeed almost half (47 percent) agreed that the purpose of business is to improve society and protect the environment.

For me, two things stand out from these studies: (1) the millennial generation is going to dramatically reshape the workplace, and (2) there is much work to be done to ensure their smooth integration into business. Thankfully, that work has started in some areas as evidenced by a Dell sponsored workshop that I reported on back in January. The workshop brought together students, recruiters, employers and entrepreneurs to identify the issues involved and to kick off a dialogue about how the evolution can be managed, to the benefit of both employers and employees.

You can do as many studies as you want but it’s conversations like this that will help us to understand the millennial mindset and to learn more about their motivations. I make no apologies for sharing with you again a highly pertinent quote from Millennial Jackie O’Shaughnessy that I highlighted in my earlier post; I think it sums up the challenge perfectly:

“I think one big difference between our generation and our parents’ generation is the reason that we look for jobs – and our drive behind keeping them. Our parents were encouraged to find jobs in order to buy a house, raise a family, and essentially “bring home the bacon.” Our generation seems to search for jobs that fulfill us. We’re looking for an entire experience, rather than focusing on the money we receive to purchase goods. All in all, we want jobs that we like and that like us, and I think we’re less likely to settle into a career that we don’t enjoy.”

I think it’s going to be fascinating seeing how the workplace changes as the old guard gives way to the millennial generation. As sure as night follows day, millennials are going to put their own stamp on the world of business and instill their own values on the way that things are done. It’s vital that the conversation continues to ensure that the transition is as painless as possible for all concerned.

Are you seeing any changes in your workplace due to the intake of a new generation? Are you a millennial with ambitions to change the way things are done? I would love to hear about your experiences.

Are you as fascinated with millennials as we are? Creating the right kind of culture is key to attracting and retaining these young people who are, most certainly the future of work and the future of your organization, so if you’re trying to learn all you can about them, it only makes sense. If you’d like to check out the Deloitte survey mentioned here, you can find it at The Deloitte 2015 Millennial Survey.

If you’re interested in diving deeper into the study commissioned by INSEAD Emerging Markets Institute, Universum, and the HEAD Foundation, you can view the presentation in its entirety here:

3 Things Millennials want in a Career (Hint: it’s not more money)
How to Attract and Keep Millennials at Your Company
Millennials With Kids : Marketing to this Powerful and Surprisingly Different Generation of Parents