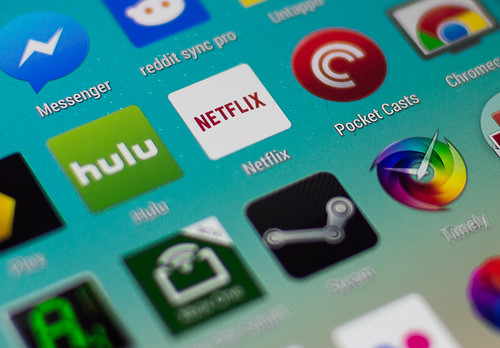 The digital world moves fast and it’s only getting faster. Constant improvements in technology have changed the way we consume information. It’s also fundamentally changed how we watch and interact with entertainment.

A new survey co-commissioned by public relations organization Edelman, and MATTER (now part of United Entertainment Group, a DJE Company), illustrates what shouldn’t come as a shock to most of us, at least those of us familiar with the digital space: We want unprecedented control over — and involvement in — our entertainment.

My Kingdom for a Selfie-Stick!

The study, “Entertainment in the Era of the Selfie,” reports that over the last decade, we’ve all become, well little monsters. From being satisfied — enchanted even — connecting and chatting with old friends and new on Facebook, we’ve evolved (devolved?) to creatures controlled by self-centred desire and the overwhelming need to acquire and consume entertainment on our own terms.

Edelman calls it “selfie-style,” a move toward entertainment “centered on the individual, immediately gratifying, engaging and shareable across social networks.” It’s a preference reflected in the ways we watch, respond to, and interact with different media.

How often do you tweet about your favorite TV shows? Remember when you used to call friends when watching the latest TV epic? Heck, would you even text a friend in this day and age? Not likely. If you jump online to dispense commentary and criticism the thought to connect with a pal even crosses your mind, you’re not alone.

It seems we have a lot to say about that which entertains us. Sixty-eight percent of Americans share thoughts on celluloid glitz and glamour (and gore), nearly as often as we share information about friends, family, or colleagues (70 percent). Ok, America, I’ll give you a break here. You’re not the worst of the bunch. A whopping 92 percent of China’s population dishes online about their entertainment (92 percent), fully ten percent MORE than those who talk about their friends (89 percent).

We Binge on Entertainment

In the good old days, we literally planned our schedules around our favorite TV shows and mini-series. And if you missed it, you missed it. Our preference for access to on-demand entertainment has put the days of the TV guide behind us.

Today’s “selfie-style” consumption means we expect to watch what we want, and as much of it as possible, whenever we want it. It shouldn’t surprise anyone that with the rise of Netflix and other online streaming services, Edelman found we prefer to binge-watch our television shows, rather space them out over time. You’ve probably binge-watched a few yourself. I’m binge watching Mad Men right now!

In fact, “binge-watching” is pervasive globally, right across the U.S., UK, and China. In the United States, 94 percent of you preferred to consume entertainment all in one go. Here’s why:

Social media has brought many great things to the table, but accidentally stumbling upon a spoiler from your favorite series isn’t one of them!

We Even Multitask While Being Entertained

How often do you find yourself watching a TV show and browsing online at the same time? Maybe you’re looking for information related to the show you’re watching? Edelman’s report states that 62 percent of watchers do just that.

We’re likely to use multiple devices also when consuming entertainment: Smart TV in front of you, tablet on your lap, and iPhone at your side. The report also found half of us are likely to use an app or website to interact with the content, whether the creative team or network behind the show or series had any actual input in its creation or not. Today, brand loyalty is waning in favor of instant gratification.

What Does “Selfie-Style” Mean for the Future?

Does all this selfie-ishness spell disaster for the future of our physical interactions? Of intimacy? Of the “high” most people get from enjoying a concert or a film with other people? Not according to Gail Becker, Edelman’s president of strategic partnerships. She says, in her executive summary of the report, we actually feel closer to one another than ever before.

‘Nearly three-fourths of respondents in the U.S. said that seeing entertainment online has increased their sense of global connection. In the U.S., nearly half (47 percent) said they have watched entertainment in another language – higher than many may have guessed.’

In today’s digital age, we expect complete control over what we watch, as well as when and where we watch it. We want our content instantly and we want it tailored to our specific tastes. Technology enables us to engage in the moment alone, with other people, or both, if we choose. That’s just how we like it, and I don’t see it changing any time soon. Now, if you don’t mind, I have some Mad Men to catch up on.

While I’m watching, why don’t you pop over and check out Edelman’s presentation on the report, as well as a very informative infographic they’ve created.
What do you make of Edelman’s findings? Do any of these statistics surprise you? How do you consume your entertainment — binge, or non-binge? I’d love to know your thoughts on all of this.

When, Exactly, Does Watching a Lot of Netflix Become a ‘Binge’?
You Must Stop Binge-Watching TV
The Millennial Trends That Are Killing Cable