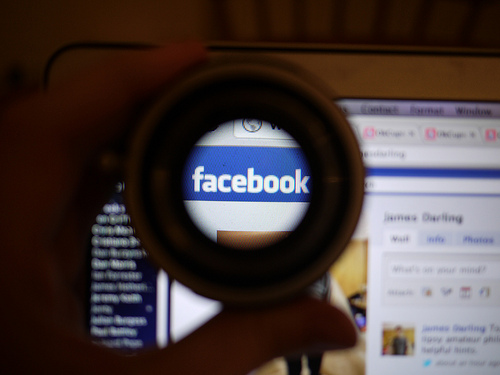 We’re seeing some prominent themes emerging in the online space this week, including the battle between YouTube and Facebook for video views. Without any further delay, let’s get right to it then!

With the posting of the new Avengers trailer this past week; the battle for video views between Facebook and YouTube is in full swing. Marvel actually released the new trailer on Facebook and YouTube simultaneously. This provided a real-time look at how both sites attracted views within the first few hours.

In addition, and as a testament to Facebook’s growing influence in the online video space, Marvel’s college football championship game commercial directed users to its Facebook page, rather than to its YouTube channel.

Up until now, YouTube used to be the place brands would share video, but now Facebook presents an inviting option. After developing autoplay video and serving up more videos to users’ News Feeds, Facebook users now view 3 billion video clips a day, up from 1 billion less than six months ago, according to multiple sources.

“It’s a smart move to go to Facebook and put the trailer there because it’s in the stream of conversation about the game—so it’s very naturally woven in,” said Dave Marsey, evp/md at DigitasLBi San Francisco. But it’s not quite as cut and dried as you might think. “Facebook is a challenge, but marketers and agencies are very used to using YouTube as a library of content to point people to videos,” Williamson said. “They don’t want to create baby YouTubes on every social site.” It will be interesting to watch what happens with brands and video in the coming months.

At the North American International Auto Show, Verizon announced Verizon Vehicle, focused on bringing connected features to any car on the road. The newly announced subscription service will include a device that plugs into a car’s OBD-II port to scan for any potential issues, track the vehicle’s location via GPS and interact with the driver via the Verizon Vehicle app or a Bluetooth.

Other features include the ability to talk to a support rep or request a tow truck by voice or the ability to communicate with a mechanic and even get a service quote, all without ever getting out of the car.

According to Verizon’s Erik Goldman, it’s expected to launch nationally in the second quarter of this year. While the hardware itself will be free, there will be a $15 per month service fee. The Internet of Things just continues to evolve. 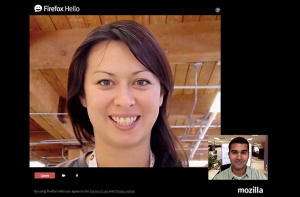 Recently concluding the beta testing phase, Firefox is set to launch the simpler version of its “Hello” video chat feature. The latest release of the Firefox browser comes bundled with the updated WebRTC function, which was first released as part of its experimental beta browser in December.

Hello is an in-browser video chat feature that Firefox launched last year, but since it supports WebRTC, it’ll work even if the person you’re chatting with is using Opera or Chrome. Interesting concept, isn’t it? I am a long time Chrome user, so it’s not enough to entice me away from my browers of choice, but if you’re a Firefox fan, it would definitely be cool to check out.

In addition to Hello chat, the latest Firefox upgrades also makes it easy way to share links via email and social media. 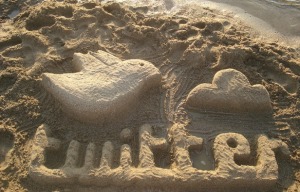 According to a report from Re/code, Twitter is planning on rolling out its own native video product some time in the next few weeks.

According to the Re/Code report, the new video feature will be limited to around 20 seconds, which is longer than Instagram’s video limit of 15 seconds and much longer than Vine’s 6 second limit. Currently, the only way to have a video play in-line within your tweets is to use Twitter’s Vine service.

This new feature is different from Vine, but it apparently has some similarities. With the native video tool, you can upload video from your phone’s camera roll, or shoot and edit video directly through the Twitter app, according to sources who have seen and used the feature.

Once upon a time, Twitter and Google played nicely together. Then they quit getting along, so tweets no longer were visible and/or had any impact on search results. That’s changed recently. I believe that in its quest to remain relevant, to grow, as well as to satisfy investors, the recent move by Twitter to renew a focus on SEO is part of its plan to get back in the traffic game and to try and stay relevant.

The move means that search engines can more easily access pages where Twitter compiles tweets and information relating to particular hashtags, which is one way that people search for news and information. The result is that “logged-out” users of the search engines will see more than 50,000 of the more popular hashtag pages appearing in their search results. Clicking through from these will take the user to a landing page with tweets all about the hashtag such as this one for #socialmediamarketing.

The main purpose of this landing page is probably to demonstrate to non Twitter users what they might be missing and encourage them to sign up for the service, signifying continued growth to investors and analysts. That makes sense, because Twitter has struggled with growth issues and keeping investors happy. It also makes sense that Twitter will no doubt be exploring other ways to monetize these pages following the upgrade to the search capabilities.

Beyond that focus, I think that Twitter information appearing in search results once again does and will have an impact on SEO results. Social sharing will likely play a greater role in search results and it will be important for businesses to have a legitimate presence in the social space in order to reap any SEO benefit. We are seeing this change have a bit of an impact in these early days on results, both for ourselves and our clients, and this is definitely something to watch moving forward. 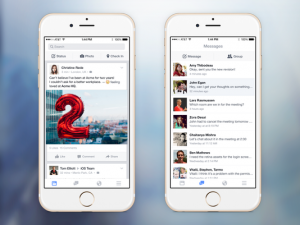 Facebook has begun to roll out Facebook for Work; a new platform that lets companies create their own social network inside a very familiar framework. According to TechCrunch, it’s a closed beta for now. There’s even an app in the app store, but you can’t use it unless you’re part of the beta program.

The hope is that by having employees connect through Facebook, they will want to participate in group discussions and communicate with each other on a regular basis. Both are seen as good for morale and, may make employees more productive. It may also encourage employees to deal with work issues even when they’re not at work.

I’ve seen a lot written about this and you can call me a skeptic, but I can’t imagine employees wanting to chat about business through Facebook. For many, Facebook is personal and a place to go to get a respite from work, not a place you want to connect your personal life and your business life. Unless of course you’re a marketer, and every one knows we’re crazy. I am extremely curious about this and can’t wait to see how it plays out. I would love to know what you think about this and whether you think my skepticism is warranted.

Most smartphones already receive AMBER alerts when a child is reported missing in your area. While most smartphones are configured to do this right out of the box, Facebook is partnering with the National Center for Missing and Exploited Children on a way to help.

Facebook’s system can send just about anything that’ll help get the missing child home, including pictures of the child, images of any involved vehicles, and specific details about the situation. Unlike the built-in system, Facebook’s alerts won’t show up on the lock screen, but seeing those alerts in the stream might just help save some kids. What do you think?

Baby Dancing to 2 Chainz will Cheer up your Day

The Most Annoying People on the Plane starring Sir Patrick Stewart