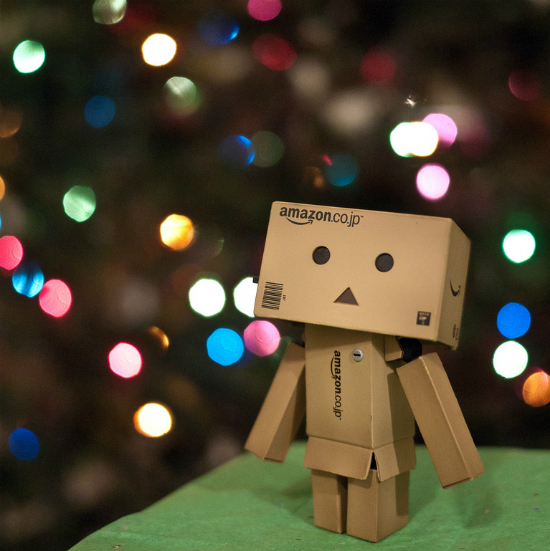 With Christmas less than a week away, another busy week comes to an end. Just because it’s the holiday season doesn’t mean the news feed has slowed. With Amazon offering one hour deliveries to Instagram going after and deleting millions of spam accounts, it’s been another eventful week on the interwebs. Let’s get right to it.

According to a recent Forrester survey of 4,600 U.S. adults asking how they typically find online information or websites you’ve recently visited. Organic search was number one at 36% with Facebook coming in second with 25%. That’s really pretty impressive if you think about it. And it proves the theory (mine, and I tend to talk about this ad nauseum) that when it comes to information about something we want to buy – or really, anything in general — we tend to do one of two things: we search for it, or we ask our friends. Boom.

TV advertising and shows round out the fourth and five positions at 23% and 21% respectively. Sponsored search engine results came in way down on the list at only 11% with Twitter dead last at 8%.

There was some good news for search marketers in the report. It revealed that people who spend big online are much more likely to turn to organic search for information. Facebook is also popular as well as Twitter among big spenders.

The takeaway, organic search is important and the things that impact how you appear in organic search are a critical part of your marketing strategy. Delivering a great user experience on your website, having a solid presence in the social media space, creating content that’s relevant and useful and distributing it effectively online, and engaging in smart search engine optimization – all things you need to do, collectively, in order to make this happen. 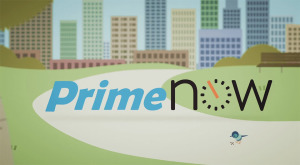 Amazon Prime has just gotten faster with the introduction of a new service called Prime Now, which will let Prime members get their orders in one to two hours! Talk about the crack cocaine of shopping. You simply place your order through the Prime Now app (iOS or Android) and pick either one or two hour delivery from 6am to midnight. The app even offers GPS style tracking of your delivery.

Prime Now will operate exclusively in NYC (Manhattan, of course) to start, but Amazon has promised that it’ll soon be coming “to a city near you.” One-hour delivery will run $7.99 per order. Two-hour deliveries are free for Prime members.

Schedule Your Next Comcast Service Call Right From Your Smartphone

Years of being dinged for ineffective and unresponsive customer service (not to mention more and more competition in the cable network space) may be catching up to Comcast, which is finally responding with some much-needed tweaks.

Hoping to turn around its much maligned customer service efforts, Comcast has introduced some new features its My Account app (available on iOS and Android), including the ability to schedule customer service callbacks. Customers can now troubleshoot service issues within the app and, if they are unsuccessful in resolving the problem on their own, the customer can schedule a time for a rep to call them right in the app. There is also an option to tweet for support as well. This should make it easier for customers to monitor when their service issue will be addressed without having to go get stuck on hold waiting to talk to a customer service rep.

Time will tell if this will actually make a difference and meaningfully improve the customer experience, but even if it’s late in the game, we’ll give Comcast props for trying. And we’ll see what happens.

The Great Purge of 2014: Instagram Deletes Millions Of Fake Accounts 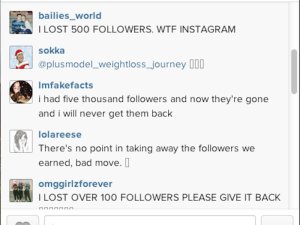 Following up on their promise to crack down on spammers and fake accounts, Instagram this week started the great purge much to the surprise of “insta-celebrities” and wannabes everywhere. Many of these people buy thousands of fake followers to make themselves look more popular than they really are and many of those same people have been howling to stop the purge. I’ll be honest, the whole situation kind of makes me laugh. When you try to buy “influence” …. of any nature, it most generally comes around to bite you in the butt. Which is exactly what happened here.

As Instagram has gone about the business of enforcing the company’s community guidelines and removed the fake accounts, many users have watched their follower numbers nose dive. One user going by the name of miyoungnews reportedly lost over 100,000 followers in a couple of days. Zach Allia created an infographic detailing the carnage to Instagram’s 100 most popular users.

“When we remove accounts from Instagram that don’t follow our Community Guidelines, you may see a decrease in your follower count,” said a company blog post published last Wednesday. “This shouldn’t affect engagement from authentic accounts that like and comment on your posts.”

As anger and confusion grows, misinformation has also spread. Many users have begun sharing fake, official-looking posts from Instagram, claiming that Instagram is randomly deleting fan accounts unless they use the #confirmFanaccount hashtag. Users who post that hashtag are then flooded by bots and other users concerned about the status of their accounts.

It’s kind of a mess. But really only a mess for anyone who either purposely bought or acquired “fans” in a manner that wasn’t above board, or for someone who managed to “collect” those fans without knowing it, which of course is also possible. It would be nice if Instagram had functionality that allowed users to regularly look at their fan bases and rid themselves of bots and other sketch followers, much like Twitter does. Who knows, maybe that’s something we’ll see in the future, and users can, at least to some degree, manage their own follower bases more effectively.

Facebook Goes After Google Plus with its Own “Auto-Awesome”

Following in the footsteps of Google Plus’s “auto-awesome” technology, Facebook wants to make sure your photos look the best they can be.

Starting this past week, users uploading photos to Facebook from the official iOS or Android apps were presented with the option to “auto-enhance” their images. By the way, this feature is the new default. The new enhancement feature automatically adjusts for contrast, highlights, and shadows, as well as color. And don’t worry, the auto-enhancement feature can be disabled by the user if that’s your preference.

Facebook is apparently not standing still in its quest for domination of the social media landscape, now matching Google Plus in the image enhancement arena.

Over this past week, it looks like Facebook has removed Bing as its primary search provider and announced its intention to replace it with its own search tool, according to Reuters.

According to the Reuters report, Facebook’s new search tool will allow users to filter and search through old comments and other information from their friends.

A Facebook spokesperson told Reuters: “We’re not currently showing web search results in Facebook Search because we’re focused on helping people find what’s been shared with them on Facebook. We continue to have a great partnership with Microsoft in lots of different areas.”

Search is hard to get right, but with Facebook celebrating its tenth anniversary, the social media giant had quite a while to collect plenty of data about its users who basically document their entire lives on the social platform. If any company other than Google can make search work on its own, Facebook certainly has a decent shot at it.

According to a Wall Street Journal report, Google is making preparations to compete directly with Amazon and other online retailers with its own e-commerce solution. The plan includes creation of a ‘buy now’ button that can be embedded into Google search results pages.

The embedding of a ‘buy now’ button right next to product pages in search results would allow users to buy and complete a purchase with a single click. Google is not planning on fulfilling the orders themselves. That will be left to third-party retailers.

Another area Google intends to go head-to-head with Amazon is through a “Prime-like” service that would include free two-day shipping with select group of retailers for a yearly subscription fee.

According to the Wall Street Journal, Google has not confirmed whether or not it is moving ahead with these plans.