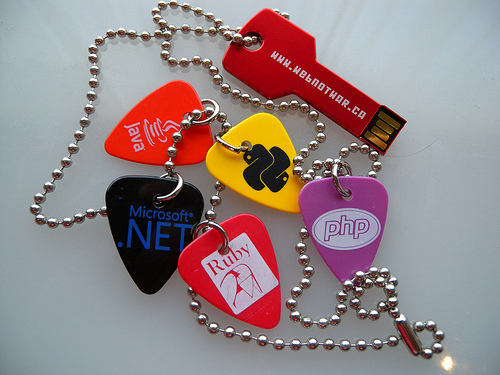 Microsoft has just done what it would have cringed to do almost a decade ago – making .NET an open source platform. If you remember, Microsoft has never been an open-source loving company. In fact, it had raged a bloody war against this very practice almost 10 years back calling open sourcing “unhealthy” and a recipe for failure. However, Microsoft’s change of heart was gradually taking shape as it was opening sourced itsy-bitsy pieces of .NET over the last few years, even going to the extent of creating a .Net Foundation in April, to supervise open-source .NET initiatives.

With its open-sourced version, .NET is also going cross-platform which will enable developers to design .NET applications for Linux or Mac operating systems. This means .NET will be ready to support not only Windows, but Linux, Mac, Apple, and Google’s mobile phone platforms. Can you say “really big deal?” I think it is.

Not surprisingly, S. “Soma” Somasegar, Microsoft’s corporate vice president of the Developer Division at Microsoft Corporation, calls this “a huge change (for Microsoft) and a change that has been slowly and steadily building up for the last couple of years.” The app development landscape has changed drastically over the years and Microsoft’s .NET move is a step in that direction.

How Microsoft is going to roll out open source for .NET

Microsoft has started building .NET storehouses and forums on GitHub and will call .NET developers to participate. In this open source initiative, Microsoft is working in close conjunction with the Mono project, an open source project aimed at endowing .NET with cross-platform capabilities. This is also slated to strengthen the bond between Microsoft and Xamarin, the software company that manages the Mono project. This move also seems to support the speculation that Microsoft might be headed towards acquiring Xamarin and, if this happens, the tech giant will find it easier to spread its wings in the cross-platform technology market.

Microsoft focuses on the cloud

Erstwhile Microsoft leaders such as Bill Gates, Steve Ballmer, and Steven Sinofsky believed in keeping it retracted within its shell. But now, under the new CEO Satya Nadella, Microsoft is quickly revamping its image. The launch of Office for iPad was the sign that things were changing for Microsoft and now this – .NET turning open source – is a solid indication that the tech giant is ready to join the latest tech wars including the cloud. Open source .NET is in a way Microsoft’s play with the cloud after it started testing the water with Office 365 and Azure.

What all this means

According to Andrew Brust, research director at Gigaom Research and long-time Microsoft observer, this move is Microsoft’s attempt to “go back to the ethics of the time when Microsoft was all about developers.” Developers had long moved away from .NET to more sophisticated MongoDB and NodeJS, which were compatible with Mac and Linux. This can be seen as a move to win back developers who had turned their back on .NET.

Today when the enterprise landscape has changed dynamically, Microsoft has realized that it’s almost suicidal to rest on its laurels while rivals like Google and Amazon are breaking new grounds. As such open sourcing .NET might change the game for Microsoft. How soon that happens is yet to be seen.

Do you think Microsoft will gain back the favour of developer with its .NET move?