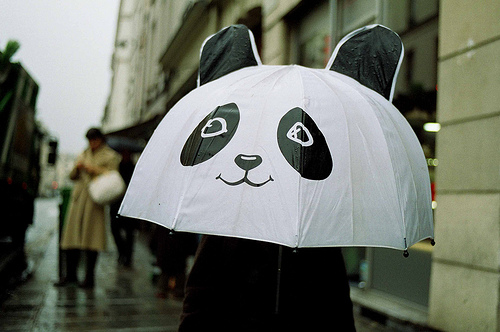 I am a cat lover, but I also love dogs. When they are featured in a campaign, I can’t help but share it. The video on YouTube has 11,210,142 views to date. If you haven’t seen it yet, I encourage you to scroll down and watch it for yourself.

This week I have the privilege of sharing some cool social and industry news the team and I found from around the web. There is a lot to cover, so here you go.

Yahoo To Retire The Yahoo Directory

Yahoo announced recently they would be shifting their focus, which includes shutting down Yahoo Directory on December 31. The 20 year old Yahoo Directory started as directory of websites to make it easy for people to find sites on the Internet.

With the tremendous growth of the World Wide Web over the last two decades, the Yahoo Directory doesn’t hold much value with search engines giants like Google able to index millions of pages in real time. Also, the SEO value has vanished as well making the directory a nostalgic relic of the past.

Some say the directory should be preserved because it’s historical, what do you think? Will you miss it? 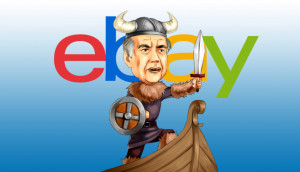 eBay announced this week plans to spin off PayPal into a separate, publicly traded company next year.

According to a company statement, “Creating two standalone businesses best positions eBay and PayPal to capitalize on their respective growth opportunities in the rapidly changing global commerce and payments landscape, and is the best path for creating sustainable shareholder value.”

This is an interesting move since it was revealed this week that Apple shut down negotiations with PayPal to become a key player in their ApplePay initiative when PayPal decided to partner with Samsung on another mobile payments offering. I bet PayPal is now regretting that decision.

According to Pierre Far, Webmaster Trends Analyst at Google UK, a new Panda update is rolling out. The update began rolling out earlier this past week, and Far says he expects to have everything done by sometime next week.

Google making changes to help Panda more accurately identify low quality content, based on user and webmaster feedback. The changes are causing a greater number of high-quality small and medium-sized websites to rank higher. This means if your site was penalized by Panda in the past, this new update means the damage may have been undone as long as you implemented all the right corrective actions. If you’re seeing an increase in traffic, it’s a good bet this latest update helped.

On the other hand, if Panda did not affect you previously, then this update may not be so good. If you’re seeing a noticeable drop in traffic, chances are the Panda update has something to do with it.  One thing is for sure, SEO is a moving target. If you’re looking to game the system, it’s probably not going to work out in your favor.

With upstart social network, Ello, promising to forgo the advertising model to generate revenue, Facebook announced it was increasing its ad targeting efforts with the launch of “Atlas.”

Atlas isn’t exactly new, but it is being re-launched. The main objective is to help marketers track and target their ads by bringing the same kind of user targeting found on Facebook to just about any other web site on the web.

According to the New York Times:

For example, if PepsiCo, one of the first advertisers to sign on to the service, wanted to reach college age men with ads for its Mountain Dew Baja Blast, it could use Atlas to identify several million of those potential customers and show each of them a dozen ads for the soft drink on game apps, sports and video sites. Atlas would also provide Pepsi with information to help it assess which ads were the most effective.

This expansion is on par with the decision Google once made to expand search ads using its AdSense platform. 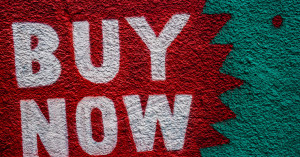 According to a Re/code report, Facebook has partnered with payments company Stripe to power a “Buy” button that will eventually be a part of the news feed. Stripe also has a similar deal in place with Twitter for its version of a buy button.

The new Facebook buy button will allow users to purchase items featured in ads or posts, which means marketers will have the ability to make sales directly on Facebook. Testing started back in July. A Facebook spokesperson confirmed that Stripe is the only payments provided involved in the test.

It’s likely that Facebook’s test of the Buy button will ramp up as the holiday season gets closer, so expect to see it more frequently in your news feed.

If you have visited Pinterest recently, you may have noticed a banner at the top of the page calling attention to updates to their privacy policy. The changes are designed to make promoted pins more relavant.

Another change appears in the “How we share” data section:

Online advertisers typically use third party companies to audit the delivery and performance of their ads on websites and apps. We also allow these companies to collect this information on Pinterest.

While none of the above changes are that significant, AdAge notes a few more changes in the Pinterest Help Center:

An advertiser may add a pixel to their website to help us understand who’s bought something on their site. This pixel lets us measure purchases that come from Pinners viewing or clicking on the advertiser’s Promoted Pins. We may use that data to report to the advertiser how effective their Promoted Pins are. We may also use that data to customize your Pinterest experience. If you don’t want us to use this info to personalize the Promoted Pins you see, go to your account settings and turn off Personalization.

An advertiser may share a “hash” (basically an anonymized scramble) of some identifiers (for example, email addresses). We can then match that with Pinterest users, and use the match to show targeted Promoted Pins to that group of people. If you don’t want us to target Promoted Pins to you this way, go to your account settings and turn off Personalization.