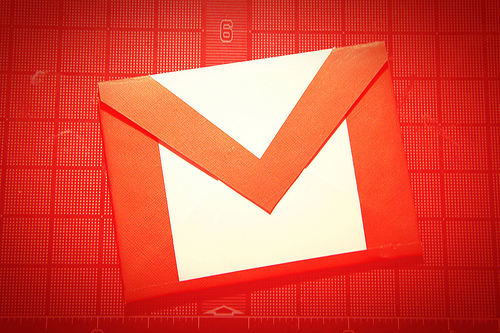 There’s a lot of cool stuff going on the Interwebs this week that you might want to know about. Twitter moves to potentially kill the password and opens up interface in a way that might surprise you moving forward, Facebook rolls out anonymous Rooms platform, where you can share messages, videos, images and conversations with a select group of people, anonymously if you so choose. Google changes up Gmail again and here’s some good data on digital coupons and how they impact your mobile and omnichannel marketing strategies.

More than 75% of survey participants said they were more likely to pay full price if the company tended to offer coupons and codes. With some businesses, customers will tend to wait rather than buy immediately if that business is known to issue a lot of coupons or special deals.

On the other hand according to the report findings, once a customer has a coupon for an item, they are much more likely to buy other items that don’t have coupons or special offers. Mobile also plays a big role, with 31% of respondents saying they use a coupon app on their smartphone or other mobile device to find the best deals.

Such is the power of coupons and codes. How are you factoring this into your marketing strategies…especially your mobile ones?

According to a new ranking from LinkedIn of the 100 most in-demand employers, Google and Apple are at the top of the list.

The annual list is based on an analysis of more than 35 billion interactions between companies and members on LinkedIn. Rounding out the top ten were Unilever, Microsoft, Facebook, Amazon, Procter and Gamble, GE, Nestle and PepsiCo.

I found it interesting that half of the top 10 was technology-based company and two, namely Google and Facebook, were founded in this century.

Turn Your Boring PowerPoint Deck Into an Animated GIF 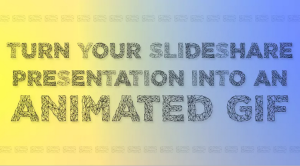 If you’ve ever wanted to find a way to liven up your boring old PowerPoint presentations, fear not.

GifDeck, from SlideShare, converts a PowerPoint presentation uploaded to SlideShare into an animated GIF in just a few clicks. Simply copy and paste a SlideShare URL into GifDeck, and it generates your animated GIF. You can then save it to your computer and use it anywhere you’d use GIFs.

“I made GifDeck mainly to scratch my own itch,” according to the developer. “I wanted to send across a presentation via email on an internal mailing list, and just showing its thumbnail wasn’t enough.”

I’m not so sure how useful this will be for business presentations, but you never know.

Ello.co, the new thing in social networks, announced this week it has converted to a Delaware Public Benefit Corporation (PBC), stating within its legal charter that they’ll never sell ads or make money from selling user data. In the event that Ello is ever sold, the new owners would also have to comply by these terms.

“The Internet is turning into one giant billboard, and with essentially all social networks relying on advertising, data mining, and selling user data, it can be hard for some people to imagine a better way. At Ello, we’re building it,” said Paul Budnitz, CEO and co-founder of Ello. “We’re fortunate to have a passionate global community that supports Ello’s mission, and like-minded, socially conscious investors who understand that a company can provide a fantastic service, and be profitable, without advertising.”

Ello recently completed a Series A round of funding in the amount of $5.5 million but the big question remains: can Ello thrive or even survive without a defined revenue model? I don’t think Facebook or Twitter is worried just yet. 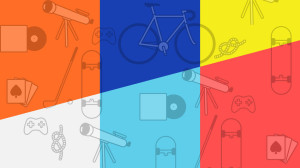 This week, Facebook released “Rooms,” its much-anticipated anonymous social app which allows people to create a “room” on any topic. Texts, photos and videos can be posted to a room to create an ongoing multimedia conversation.

“A room is a feed of photos, videos, and text — not too different from the one you have on Instagram or Facebook — with a topic determined by whoever created the room,” according to Facebook.

The app is all about anonymity. Users can sign in with “whatever name makes them feel most comfortable and proud.” Users can create different names for each room, which can be shared through QR code embedded invitations.

The app is completely separate from Facebook. It does not require users to have a Facebook account, nor does it allow users to import lists of friends.

The invitation process means each room can be as public or private as its owner and members wish. The invite codes can be posted anywhere online or share just among a select group of people.

This is kind of interesting. I can’t wait to see how this plays out.

This week Google released their new email app “Inbox” as an invite only beta in an effort to make email more useful and responsive.

Key features of Inbox include the ability to quickly set reminders to have emails returned to your inbox at a later time and ability to archive email with a simple swipe. Emails can also be returned to the inbox based on location as well as time and date. This is much like the Mailbox app, which was bought by Dropbox.

Unlike Mailbox, however, replies are all handled on a single screen. It just opens up some space at the bottom of the reply. It also works with Gmail Priority Inbox, an algorithm for Gmail users that automatically categorizes messages as “important” and “everything else.”

Since the app is still in early invite-only beta, it’s difficult to tell if this will gain traction among existing Gmail users. I’m looking forward to giving it a spin soon.

Penguin 3.0 Affecting 1% of Search Queries According to Google

In a post on Google+, Google engineer, Pierre Far revealed that Penguin 3.0 is actually just a “refresh” and not a full-fledged update. It will affect less than 1% of U.S. English search results, with the main focus of helping sites that have cleaned up webspam penalties incurred in previous versions of Penguin.

According to Far, Penguin 3.0 is still being rolled out. Far describes it as a “slow worldwide rollout,” which is said to last weeks. “You may notice it settling down over the next few weeks,” Far says of the Penguin 3.0 rollout. “That means we won’t have all the data about the full impact of the refresh for quite a while yet.” It also means that if your site has not been affected, it still can be over the next several weeks as the roll continues.

This Is Twitter’s New Plan To Kill The Password 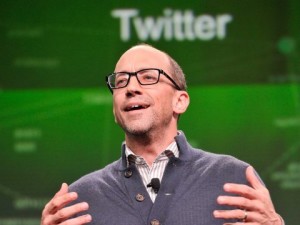 Twitter is rolling out a new tool for developers that will allow users to log in to their accounts using special codes sent to their smartphones rather than a traditional password.

The new service will be called Digits. When a third party developer adds Digits to an app, the user will be able to login using his or her phone number. After a user enters their phone number, Twitter will send a one-time use verification code via SMS, which the user then enters to log into their account. Hmmm. This could be interesting.

Expect to Start Seeing Tweets From People You Don’t Follow

For example, we recently ran experiments that showed different types of content in your timeline: recommended Tweets, accounts and topics. Testing indicated that most people enjoy seeing Tweets from accounts they may not follow, based on signals such as activity from accounts you do follow, the popularity of the Tweets, and how people in your network interact with them. These experiments now inform the timeline you see today.

How users will react outside of the experiment is yet to be seen. But get ready for “interesting” tweets in your timeline. They’re coming. I think this is really interesting. And not unlike Facebook’s “related posts” feature that pulls additional, similar content, into your news feed.

This video from BuzzFeed Video won the Interwebs for me this week.  As the mother of four girls and a rabid proponent of doing all we can to empower girls and women, I loathe sexy Halloween costumes–for women of any age. This video will have you dying from the opening moments.

There is nothing better on the web this week than Zach Galifianakis and his Between Two Ferns Funny Or Die Series. If you’ve not yet seen the latest episode, featuring an interview with Brad Pitts, well, you’ve just not yet lived. I’ve watched it 20 times and died with laughter each one.