Mobile Video Viewers Increased 400 Percent Over The Past Two Years

According to video technology company Ooyala, mobile video views have increased 400% in the last two years, a two-fold increase in the last year alone. Today, 25% of all video views are happening on a mobile device and that number is expected to double again by 2016.

For those who prefer a visual representation, here’s one from the Ooyala Q2 2014 Global Video Index Report:

Big screen devices, access to fast connection speeds, and more Millennials watching video on their smartphones all contribute to the steady rise. Videos up to six minutes in length are most popular. Longer form content tends to be viewed on tablets or the desktop as well as connect TVs. The longer the video, the larger the screen.

The takeaway from all of this is that video is booming and if you cover your bases, you’ll be a winner, too. Long-form, short-form, monetized on desktop, mobile and gaming consoles – the more bases you can hit, the better off you’ll be. 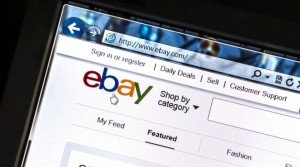 eBay plans to launch a new mobile ad network by the end of 2014.  The plan is to allow advertisers to target 4.6 million daily visitors to eBay’s mobile app. The company unveiled details with a new page on its official website recently.  According to the company:

“Now, for the first time, we’re giving you the opportunity to connect with eBay users throughout their entire shopping journey.

The new network would operate similar to ad services offered by competitors like Twitter, Facebook, or Google. Ads placed through eBay will appear on eBay mobile app pages. Mobile and online ad networks have been a hot trend among the leading online companies lately. Earlier this year, Facebook launched its own ad network and Twitter is looking at ways to expand the reach of its ad network. Ads mean money. This only makes sense.

DuckDuckGo, the search engine known for privacy, is one of several new search engines to choose from as your default search engine in Safari in Apple’s updated iOS 8, which launched this past week.

When DuckDuckGo first launched, the ability to search and browse privately and without being tracked was its main selling point. While they still offer that feature, DuckDuckGo has evolved into a full-fledged search engine comprised of features you’d expect to see from Google and Bing.

DuckDuckGo is highlighting the following new features in particular:

Intrigued? If you’d like to set up DuckDuckGo as the default search engine on your iOS version of Safari, after you have installed iOS 8, simply go to the DuckDuckGo homepage and tap ‘Use in Safari’ at the bottom for simple directions.

Google has been granted a patent that appears to indicate they’re working on a method to use information about what’s airing on TV in your area as a ranking signal.  According to the patent filing:

A computer implemented method for using search queries related to television programs. A server receives a user’s search query from an electronic device.

This has the potential to dramatically change the TV viewing experience. Just think if you were about to ask Google something about the show you’re watching and it could return pretty accurate results. Hmmmm. Taking TV to a whole new level. 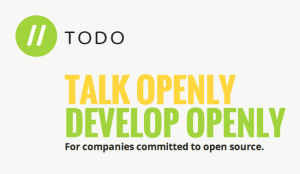 This will be a think-tank to consider the issues facing open source developing.  Facebook’s James Pearce described TODO in a blog post:

Today at @Scale 2014 we joined a number of other companies in launching a new open source collaboration called TODO. The group — whose name is a backronym for “talk openly, develop openly” — was formed to address the challenges that companies like ours have encountered in consuming open source software and running open source programs.

Facebook Changes The News Feed Again, Warning Page Owners It May Affect Their Distribution Over Time

Facebook has made yet another change to the News Feed algorithm and this time they’re being up front about the fact that it may (read that: will) cause another drop in Page engagement.

“We are also going to start taking this signal into account when considering which stories we bump in News Feed. Bumping is when we resurface stories that people did not scroll down far enough to see but which are still getting lots of engagement. This is one more way that we’re working to identify timely posts so we can show them nearer the top of your News Feed sooner.”

We will be rolling out these changes gradually and do not expect posts to see significant changes in distribution as a result of this update. If a Page posts about a trending topic or if a post sees a high velocity of engagement early on that then drops off, that post may begin to see increased distribution early on and less distribution over time. Pages should keep producing great content that is relevant and resonates with their audience.

Facebook is making it easier for users to delete apps they no longer want to use. A new update to Facebook’s setting screen now shows you which third-party apps have access to your Facebook friends list and other private information.

Adding an app to Facebook is so easy that you might lose track of all the apps you have added over the years. Doing a regular cleansing of unwanted apps is an important security move and something you should definitely make time to do from time to time.

Even though women have driven Pinterest’s rapid growth, the growing group of men on the site is starting to contribute to even more growth. Don Faul, head of operations at Pinterest, explains further in the video below:

You can now directly create new list audiences (and manage existing audiences) on ads.twitter.com, through Twitter’s new audience manager tool. You will be able to see the details of all of your audiences in one place. From there you can change or delete them, and get notifications on the status of those specific audiences. You can also build audiences using mobile phone numbers.

Along with making their ads more useful to marketers, Twitter also wants their ads to respect the privacy of users.

“Twitter users can easily uncheck the box in their privacy settings next to “Tailor ads based on information shared by ads partners,” and Twitter will not match their accounts to information from our ads partners for tailored audiences. We also respect the “limit ad tracking” setting on iOS and Android devices for audiences based on mobile advertising IDs,” according to Twitter officials.