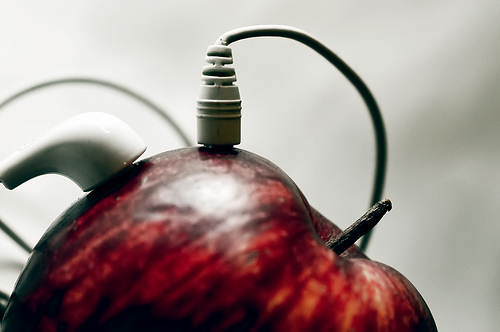 It’s a week full of iPhone 6 and Apple Watch news, but hey, there were also other things happening around the Web. Leaked Gmail passwords, self-destructing Facebook posts, Apple Wallet, Amazon’s impact on bricks and mortar, and a bunch of other things we think you should know about. Here goes:

I’m in advertising, so the fact that I’m a little “off” is a given. This video ad released in China for Kotex, Kimberly-Clark’s feminine care brand, is so ridiculously funny I swear I’ve watched it 20 times. Again, I’m in advertising. I have a warped sense of humor. But this is flat out perhaps the best thing I’ve seen all year. You decide.

If, like me, you can’t stop laughing, well, we are kindred spirits. But, seriously, OMG … it was hysterical.

If it means saving $5, Amazon is Destroying Brick and Mortar

How much is instant gratification worth to you? Apparently, not much according to rebate fulfillment company Parago. According to a recent study, 63% of said they’d buy from Amazon when they could save at least $5 over purchasing from a “brick and mortar” establishment. That number rises to a whopping 82% for a $10 savings.

For online sellers, it’s nice to know that a little bit of savings goes such a long way. If you’re a brick and mortar seller, that really hurts – but there’s always price matching!

The study indicated that this is not the case for all products, but Parago says a significant number of shoppers are choosing to purchase such things as electronics, entertainment, and even clothing, and shoes online to save money. If my personal buying habits are any indication, if what I want requires a trip across time, I’ll buy it online. But at the same time, I try and do all I can to support my local merchants, too. I think there’s a happy medium.

The only downside to online shopping is the shipping cost and wait time. But this is also why we’re seeing so many smart retailers institute “Buy Online/Pick Up in-store programs. I love those and use them all the time.

Bricks and mortar is long from dead, but buying habits have changed and are changing. Smart retailers need to get out in front of that and modify their operations accordingly. 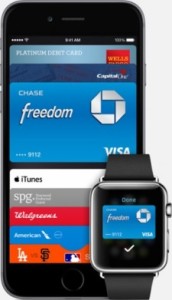 Will Apple Pay Be Able to Keep a Full Charge?

Apple Pay is hoping to be the first digital wallet to gain wide range acceptance and support and be the first truly electronic payment system using your phone.

The concept is based on the idea that most of us have our phones with us at all times and are handier than our wallets. Hold it with your finger on the Touch ID, wave it over the terminal and the app does the rest.

“You don’t even have to look at the screen to know your payment information was successfully sent. A subtle vibration and beep lets you know,” according to Apple.

Convenience is fine, but when you talk about money changing hands you have to talk security and Apple says Pay is more secure than flashing your ATM card. When you add your card numbers into the Passbook app on the phone, the app turns that number into an encrypted Device Account Number. Your actually card number is never shared or stored so it can’t be used if your phone is stolen.

According to Russian website CNews, almost 5 million Gmail usernames and passwords were stolen and published on a Russian Bitcoin forum last week.

The good news is Google is fairly certain this is not the result of any sort of security breach on its end. “The security of our users’ information is a top priority for us,” according to a Google spokesperson. “We have no evidence that our systems have been compromised, but whenever we become aware that accounts may have been, we take steps to help those users secure their accounts.”

While there is supposedly a website where you can check to see if your account was one of those that was compromised, I’ve got a better idea. Just change your password now. Make sure to use a long, random password including a mix of upper and lower case letters as well as numbers and punctuation marks. Better yet? Use a password manager like LastPass, which will make the chore a lot easier. Also? Please turn on two-factor authentication to further secure your account.

Unless you were under a rock this past week, it was the Apple show with the new iPhone 6 introduced. As expected, two large screen versions are now available, a 4.7-inch and a giant 5.5-inch model. Features include an improved camera, Touch ID and the new digital payment platform, ApplePay.

Even though Apple will sell a bazillion of them, the iPhone wasn’t the headline attraction. As expected, Apple finally introduced the Apple Watch.

The Apple Watch sends text messages, plays music, monitors your vital signs, is voice activated and it even tells the time. Apple abandoned buttons (except one) in favor of the touch screen and something called the Digital Crown. This resembles the stem on a traditional watch as controls zoom and scroll on the diminutive touch screen.

Apple Watch comes with dozens of optional faces and a choice of leather or metal bands so it’s fashionable as well as practical. It’s also packed with sensors to monitor your health and fitness. And while it’s fun, this could be a big deal for people with medical issues. This isn’t new – there are other smart watches on the market who do some of this stuff, but this one is an iOS device. And there’s a huge amount of the population who have come to rely on Apple as their device purveyor of choice.

The Apple Watch is expected to go on sale sometime in “early 2015.” It will be interesting how this fits into the mobile landscape. What do you think? Want one?

Google has announced that effective immediately you can make voice calls from Hangouts on Android, iOS and the web. It’s free to call other Hangouts users, and it’s free to call numbers in the U.S. and Canada.

If you want to keep in touch with people overseas, then you’ll be happy to know Google has said the international rates are really low. This essentially makes keeping in touch with friends and family easier and more affordable than ever.

To get started with the new Hangouts app on Android, just download the new version of Hangouts (v2.3, rolling out over the next few days), and install the accompanying dialer to turn on voice calls.

To take advantage of the new Hangouts features on your iOS device and the web, voice calls will be available the next time you open Hangouts. 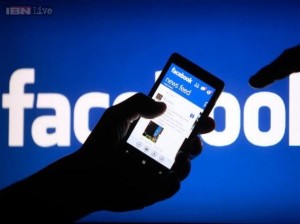 Facebook is reportedly testing a new feature that will see Facebook posts vanish after a stipulated period of time. All you’ll need to do is set the “choose expiration” time for the post and it’ll disappear when the length of time you set is up.

“We’re running a small pilot of a feature on Facebook for iOS that lets people schedule deletion of their posts in advance,” according to a Facebook spokesperson.

This isn’t the first time Facebook has forayed into the self-destructing content space; its recently launched Slingshot app lets you swap images that expire after you swipe away, Snapchat-style.

I think this is an attractive feature for a variety of reasons and think it’s yet another move to draw people to the platform. You?

Twitter has officially announced the rolling out of a ‘buy’ button that could be embedded into tweets to encourage customers to buy products to a select amount of U.S. users.

According to Twitter, “Today we are beginning to test a new way for you to discover and buy products on Twitter. For a small percentage of U.S. users (that will grow over time), some Tweets from our test partners will feature a “Buy” button, letting you buy directly from the Tweet.”

Twitter promises that users will get access to offers and merchandise “they can’t get anywhere else,” and they will have the ability to act on those offers right from the Twitter apps for iOS and Android.

Twitter is quick to point out that “sellers will gain a new way to turn the direct relationship they build with their followers into sales” as being the primary benefit for businesses.

Here’s how it works — after tapping the “Buy” button, you will be prompted to enter your shipping and payment information. Once entered and confirmed, your order information is sent to the merchant and the transaction will be completed.

“Your payment and shipping information is encrypted and safely stored after your first transaction, so you can easily buy on Twitter in the future without having to re-enter all of your information,” touted Twitter, emphasizing security.

You can always remove that information from your account at any time, and your credit card information will never be shared directly with the seller.