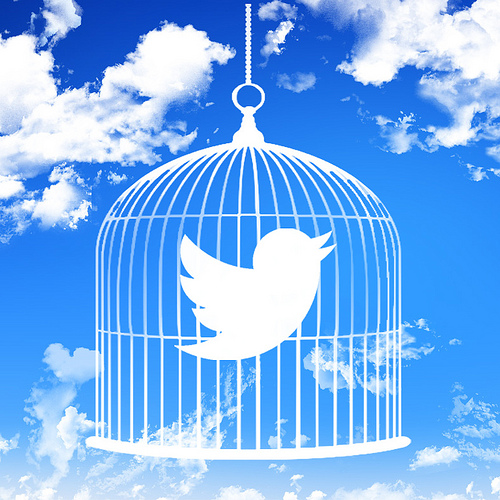 I love holiday weekends and love the short weeks following them even more. But short week or not, there was a lot going on on the Interwebs. From AdWords changes that pretty cool, to Twitter forcing the shutdown of Twitpic, to Apple getting ready to introduce mobile payments–there is a bunch of good stuff to know. Here goes.

Google is giving you a chance to highlight what makes your business stand above the competition with the new AdWords Callout Extensions. With Callouts, you can create an additional line of descriptive text underneath your existing ad. You can create up to four unique Callouts per ad with each one being 25 characters or less.

This gives you the ability to add callouts to existing campaigns, edit on the fly, and even schedule them to run only for a short period of time. That means you can be very specific with discounts, special events, giveaways and anything else that has an expiration date—I think this is a pretty exciting change and a great opportunity for marketers.

I’m going to stop right here with a disclaimer. I’m a huge believer in the adage that you get what you pay for. And when it comes to search engine marketing, we always recommend clients work with a pro instead of trying to DIY. It’s complex and nuanced and well worth the investment when you’re working with an SEO pro who can deliver results that maximize your AdWords spend. Go the DIY route at your own risk. 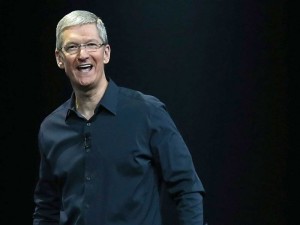 According to Ian Kar of Bank Innovations, Apple has negotiated some pretty incredible discounts on the card transaction fees for its soon-to-launch payment platform. This isn’t surprising at all. With competition from Square and PayPal and Google and others, Apple has a clear motivation to try and do everything possible to make their payment platform attractive to users.

According to Kar, Apple has inked deals with American Express, JP Morgan Chase, Citigroup, Capital One, and Bank of America. The new Apple payment platform will receive what’s known as “card present” transaction rates, which is the same rate that is charged when a customer swipes a card at physical retail store. This is a deviation, as processing costs are normally higher with online transactions because they pose a greater fraud risk.

It’s reported that the reason for the favorable rate was due to the fact that Apple was able to convince card giants that its platform is secure. GPS location data coming from a Near Field Communication (NFC) chip and the iPhone’s Touch ID fingerprint sensor will go a long way to protect the banks from significant fraud risks.

A big deal for sure, but to put it in perspective, the only retailer with a similar rate deal to the one Apple is receiving is Walmart.

In a recent speech, FCC Chairman Tom Wheeler pointed to a lack of competition in the broadband Internet market, especially in terms of truly fast connections.

Broadband is currently defined by the FCC as a connection of at least 4 Mbps. That’s too slow, according to Wheeler, who said that his agency is looking to increase that definition to a minimum of 10 Mpbs. Wheeler also stated that 10 Mbps “doesn’t fully capture the increasing demand for better wired broadband,” given that consumers increasingly use a number of devices at home that can “overwhelm” a connection of that speed.

Wheeler calls 25 Mbps connections “table stakes” in the current day. While more than 90 percent of Americans have access to at least one 4 Mbps provider, the percentage drops as the speeds rise: at the 25 Mbps speed, around one in five Americans lack access to that level of service.

Wheeler made the competition argument explicitly. From his prepared remarks:

The simple lesson of history is that competition drives deployment and network innovation. That was true yesterday and it will be true tomorrow. Our challenge is to keep that competition alive and growing. […]

A year ago, Cox Cable said it wouldn’t be upgrading to gigabit networks because it would cost billions. Now it says it will, starting with communities where Google and CenturyLink are deploying fiber.

Fast wireless service–in today’s world is table stakes. It’s as simple as that. 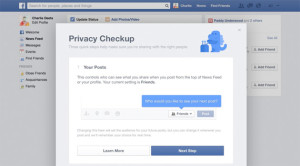 Facebook has been pleading with users to double check their sharing settings for awhile, but now it’s planning to just get up in your face and demand you review them. Soon, a “Privacy Checkup” notification will prompt users to review their sharing, app and profile settings with a short, simple checklist. Good.

The checklist, announced a few months ago, but only starting to rollout now, runs down a simple list of basics: who you share your posts with, what apps have permission to post on your behalf and who can see your profile data. Of the three, the middle option is probably the most useful – how many apps have you authorized to use Facebook and then simply forgotten about? You can check out Facebook’s official announcement at the source link here for more detail. 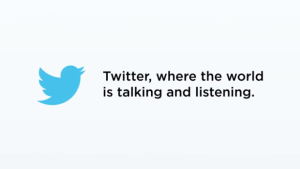 In an attempt to continue to woo agencies and brands to spend money on the platform, Twitter goes the route of launching an agency-specific training program. Launching this past week, Twitter Flight School is a hub that will teach agencies how to develop successful campaigns for their clients. This new resource will focus on helping agencies maximize the impact of their content on Twitter, as well as promote messages at the right time to their target audience.

Laura Desmond, global chief executive of SMG, said: “For marketers who want to reach consumers during today’s biggest live, public and conversational moments, there’s no better place than Twitter. Flight School has given us added expertise to leverage Twitter’s real-time marketing platform to create impactful campaigns for our clients in the evolving digital media landscape.”

Probably not a bad idea for agencies (or brand teams) to check this out. If you do and/or if you participate, I’d love to hear from you on what the takeaway was. 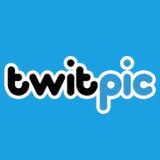 Twitter Forces Twitpic to Shut Down its Photo Sharing App

Prior to 2011, if you wanted to share a photo on Twitter, you needed to use a third party app and the app you were likely to use was Twitpic.

For awhile, Twitpic really did change the way we saw the world, but then Twitter added the ability to share photos without a third party app and everything changed again. Which, of course, is the norm in today’s ever-evolving world.

This week, Twitpic founder Noah Everett announced that he was being forced to pull the plug on his dream project. For the past five years, Everett has been trying to get a trademark. He was at the ‘published for opposition’ stage when Twitter decided it was time to oppose.

There are many companies who created identities that evolve around Twitter, using some form of the word as part of their company name. I’d say that’s probably never a good idea, and this situation pretty much makes that case. While I hate to see Twitpic go, the reality is that the concept around which the company was created is obsolete now.

Everybody wants to be in the search business, and Twitter is no exception. At a conference this past week in New York City, Twitter’s CFO Anthony Noto alluded to the possibility that Twitter may be rolling out a new, more filtered newsfeed, according to a The Wall Street Journal story.

“If you think about our search capabilities, we have a great data set of topical information about topical tweets,” Noto said. “The hierarchy within search really has to lend itself to that taxonomy.” Well, that’s a mouthful.

That requires “an algorithm that delivers the depth and breadth of the content we have on a specific topic and then eventually as it relates to people,” he continued.

Noto said that Daniel Graf, Twitter’s new head of product, is making search capability improvements one of his top priorities for 2015.

Another Twitter change coming down the pike will directly impact the newsfeed by looking into switching up the order in which tweets appear. Noto remarked that, “Putting [timely and relevant tweets] in front of the person at that moment in time is a way to organize that content better.”

I think it’s inevitable that before long we’ll see Twitter moving beyond just Promoted Tweets and into an algorithm that, much like Google and Facebook, is built to make money from people who want to invest in better performance in search. What do you think?

This was absolutely my favorite video on the Internet this week. Jay Smooth is the host of NY’s longest running hip-hop radio show, WBAI’s Underground Railroad. He’s also the founder of HipHopMusic.com, one of the first hip-hop websites. With the news of the week being the celebrity photo hacking and all the conversations about that, many of which were taking a small view of the incident instead of looking at the bigger picture as it relates to women’s rights and privacy, this was a breath of fresh air. Jay’s take on this is direct and to the point, and the more talking we do about the ridiculous double standard that exists today for woman with regard to both their rights and their privacy, the better. Nobody says it better than Jay did right here.