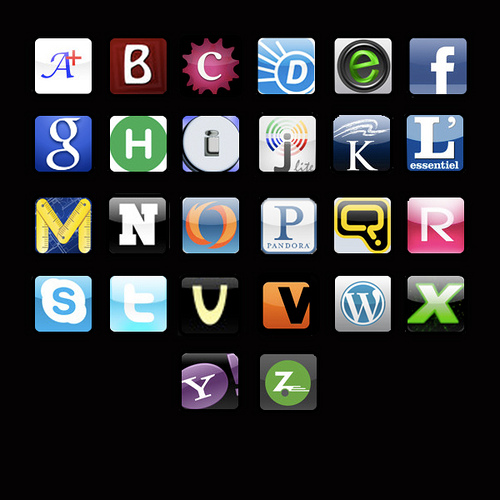 With mobile apps seemingly taking over the world, the U.S. population now spends 52% of its “digital time” on mobile apps, according to  Comscore’s recently published The U.S. Mobile App Report.

Total mobile usage of digital media is now 60%, and mobile is still growing rapidly as a percentage. In the past year, total time spent on digital media increased 24% and mobile app use has increased 52%. U.S. users now spend an avcerage of 7 out of 8 of their mobile minutes on an app. Not surprising – that speaks exactly to how I use my device, what about you?

While desktop usage is not completely dead, it has remained unchanged at 40%, while mobile continues to gain as the preferred platform for digital media consumption. The data shows that mobile is for entertainment, socializing, and gaming, and desktop is still key for business and work. 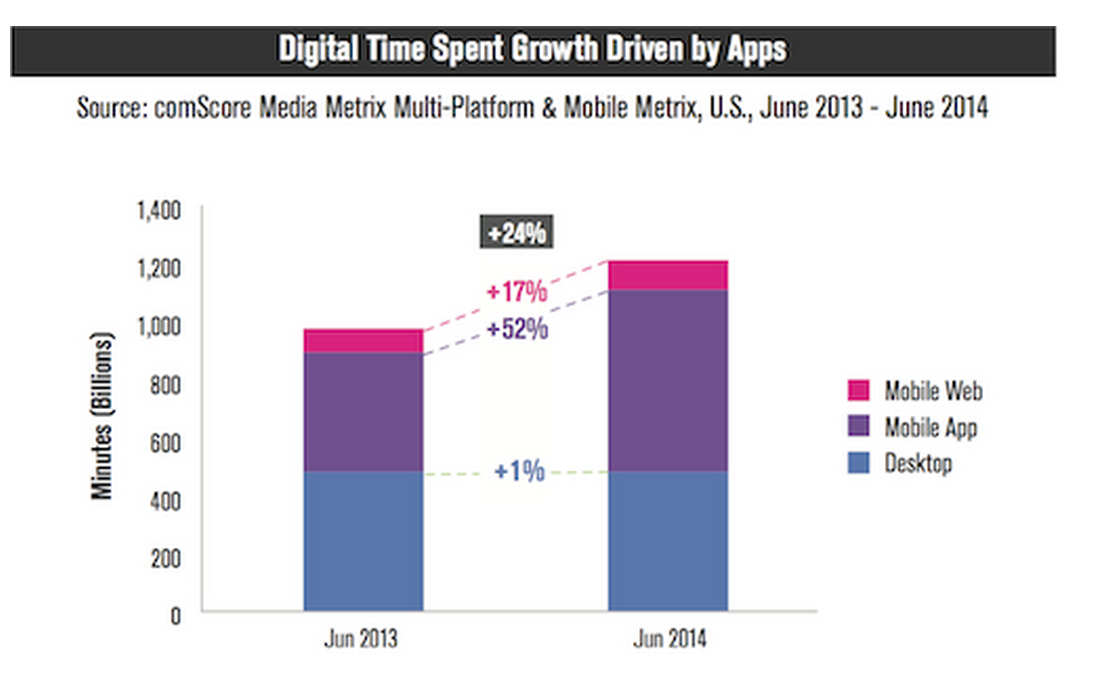 According to the report, Americans have a difficult time living without their mobile devices, as evidenced by the vast majority of consumers using apps on their smartphones and tablets nearly every day.

Apple users are richer, and on average, heavier users. They engage with their smartphone apps for nine more hours during any given month than Android users.

Facebook is the #1 app in terms of both audience size and share of time spent. Facebook, Google, Apple, Yahoo, Amazon, and eBay dominated the supply of the most popular mobile apps. These six brands account for 9 of the top 10 most used apps, 16 of the top 25, and 24 of the top 50. Not at all surprising that both not only do Facebook and Google serve up mobile ads, now Amazon and eBay are getting into the business as well.

If you’re interested in maximizing mobile—and you should be, here’s some good news. My good friends Tim Hayden and Tom Webster have a book coming out in October, The Mobile Commerce Revolution: Business Success in a Wireless World. Not only are they two of the smartest people I know (well, Tim is smart, Tom is just a poseur) (this is a test to see if Tom has alerts set), this book has been in the works for a long time. These two are the best in the business when it comes to mobile and the role it plays in our lives and in our businesses, so it’s guaranteed to be awesome. You should buy it. Now. Not only will you learn a lot, I’m pretty sure you’ll laugh more than once as well–these two are nothing if not entertaining. 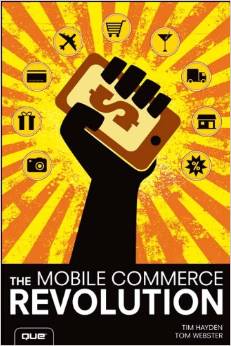