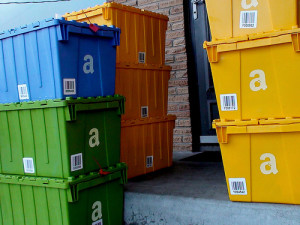 This past week flew by fast, so fast that I almost didn’t manage to get this post out. But here it is – the things my team and I thought were particularly important and things that might help you do what it is you do more effectively.

After encouraging customers to lay off the overnight delivery, Amazon expands same-day to more cities

Last week Amazon started offering its Prime members $1 to spend on video if they opted for a slower shipping option on their next order. We all assumed it was because you couldn’t keep up with the shipping load. At the same time, they expanded availability of same day delivery to six more cities: Baltimore, Dallas, Indianapolis, New York City, Philadelphia and Washington DC metro. What gives?

Hmmmm, now I see. To get Same-Day shipping, Prime members have to pay a $5.99 fee! That’s better than the $9.98 fee for the first item and $0.99 for each additional item everyone else has to pay, but it’s still an additional fee over the Prime Membership fee we’ve already paid.

At first I thought how ridiculous. Who can’t wait one day to get their hands on the latest season of Game of Thrones. If you’re that desperate, there’s always the neighborhood Walmart. But then I got to thinking, and I could see where this could come in handy.

How about buying a new large screen flat panel TV and getting it home only to discover there’s no HDMI cable. Being able to order one up for delivery in a few hours means I get to watch my TV tonight. You may have a birthday party to attend and realize you forgot all about getting a present. How awesome is same delivery looking now … and $5.99? That’s worth it, isn’t it? 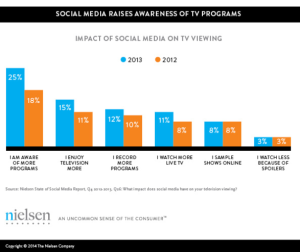 With the invention of DVRs and on-demand viewing options, we don’t watch TV the way we used to. Appointment viewing seems to be a thing of the past. Even television rating giant, Nielsen was forced to abandon overnight rating in favor of “live plus 7.” But wait! According to this new study by Nielsen, thanks to social media, the tide might be shifting yet again.

If you’re a fan of a particular TV show, there’s nothing more irritating than seeing a spoiler Tweet about a show you were planning to watch later. If it’s a popular show, the only way to avoid spoilers is to stay far away from the Internet! Or, you could just watch it live.

In Nielsen’s study, 15% of views said they enjoyed TV more when social media was involved. That’s because watching with social is like having a viewing party with hundreds of fans. And it’s even more exciting when a cast or crew member joins in with their comments about the episode.

In addition to the “second screen” phenomenon, social media tends to drive people to tune in to shows in the first place. In 2013, 25% of those surveyed said social media made them aware of more programs. That’s up from 18% in 2012. No surprises there, at least based on the way I watch TV these days—what about you?

Russian Hackers Steal 1.2 Billion User Names and Passwords and Your is Probably One

By now I’m sure you’ve seen the news that a Russian hacking ring has stolen 1.2 billion user name and passwords and more than 500 million email addresses. Like most people, you’re probably asking yourself whether or not any of your passwords were compromised. At this point, you should just assume you were hacked.

Although this hack is one of the largest ever, it serves as a good reminder that our online accounts aren’t as safe as we might think and to take the appropriate steps to bolster your online security:

1. Change your passwords regularly.  Use long, unique passwords for each account. Avoid easy-to-guess passwords and words that can be found in the dictionary. Use random combinations of letter, numbers and punctuation marks.

2. Use a secure password manager. Creating and using long, random passwords will be hard to remember without some help. Use a service like LastPass to store your passwords securely and encrypted and enable you to easily sign into your online accounts by just remembering a single master password to unlock the rest.

3. Use two-factor authentication. Google, Facebook, and Twitter all offer two factor authentication and it’s probably  something you should be using. This enhances security by requiring not only a password (something you know,) but also a uniquely generated code via your mobile device (something you have) to sign into your online account. This makes it harder for hackers to gain access since they need both pieces of information. Unless someone knows your password and also has physical access to your mobile device, it’s highly unlikely someone can gain access.

I saw this product on Kickstarter and immediately signed on as a supporter. Of course, I’ll freely admit here to a teensy bit of a gadget addiction. However, these are pretty cool. FreeWavz are smart wireless earphones with built-in heart rate and fitness monitoring. The cool thing is the monitoring is done through audio biofeedback. Hear all your music and still be aware of sounds around you like approaching cars if running or jogging. Since there are no wires to get in the way, FreeWavz earphones are great for workouts and other physical activity.

The Small Business That May Have Found a Cure for Ebola

A nine-person company based in San Diego has produced a drug that’s helping two Americans who have been diagnosed with Ebola, the New York Times reports. The drug, dubbed ZMapp, is made up of humanized monoclonal antibodies that originate in mice and are then spliced into tobacco leaves. (Yes, you read that correctly.) It had never been tested on humans before, though it showed “effectiveness” in monkeys. The privately-held company is now in talks with the FDA to discuss how to move forward with ZMapp.

At the moment, there are very few ZMapp doses available. ZMapp was started in 2003 by Dr. Larry Zeitlin and Kevin J. Whaley, and received all of its financial support from government grants and contracts–including at least two SBIR grants. (Should ZMapp succeed with such a high-profile and badly-needed project, it would go far towards combating criticism that SBIR often funds the wrong companies.) Now the company finds itself in a spotlight tiny startups rarely experience, with the World Health Organization preparing to hold a meeting of medical ethicists to discuss using ZMapp as an experimental treatment in West Africa.

The most recent figures from WHO report that the Ebola death toll has risen to 932.

Mapp co-founder Dr. Zeitlin told the New York Times that his company’s experience has been “absolutely overwhelming.”ZMapp was only just identified as a potential drug in January of this year.

The new Foursquare is here and instead of “checking-in,” it’s now all about personalized recommendations. The new app is supposedly intuitive and learns your likes and dislikes through a variety of actions. It takes into consideration the experts you follow, the choices you make and, of course, the ratings you leave after you visit a location.

This sounds a lot like Yelp and other recommendation apps out there. The new Foursquare will suggest tips on what to order when you arrive at your favorite eatery based on feedback left by you and other Foursquare users.

The new app doesn’t have that sense of urgency. The game is gone. No more stealing mayorships and collecting badges. Now, the usefulness of Foursquare depends on users sharing tips and information for the good of the community.

Sounds like Foursquare is moving in the right direction but they did such a great job branding themselves as a check-in app, it’s going to be hard to get people to see it as anything else. I have seen a ton of feedback online from long-time Foursquare users that the latest iteration of the app doesn’t appeal to them. What about you? Are you a Foursquare user? If so, has this change impacted how you use the app? I’ll admit that I’m a longtime user, but I’m really pretty accustomed to going to Yelp (or Google) for recommendations, ratings and tips, and my use of Foursquare has pretty much tapered off as a result of the changes. 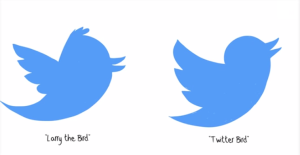 You know it was bound to happen in this social media obsessed world. One group of doctors even believes social networks can send people who are predisposed to such things over the proverbial edge.

The Journal of Nervous and Mental Disease has just published an article entitled “Twitter Psychosis: A Rare Variation or a Distinct Syndrome?”

The article describes a 31-year-old female patient who was admitted to Charité-Universitätsmedizin hospital in Berlin. She had no previous history of mental disorder. Suddenly, though, she was enveloped by a Twitter obsession. She believed that a famous actor was sending her coded messages through the site.

Having looked at her case, the doctors theorized the amount of symbolic language (caused by the limitation of 140 characters per Twitter message), the automated spam responses and the overall interactive features of Twitter may have combined to induce or further aggravate psychosis.

Not everyone has the predisposition for such an extreme reaction. But I’ll admit that once you get used to participating in the online space, pulling yourself back is not always easy. Have you ever taken an extended break from social media? What was it like? I checked out a lot during my recent summer vacation and it was all kinds of awesome. In fact, I’m thinking I’m going to be doing it a lot more.

Wethly, a designer who lives in Hasselt, Belgium, is Instagram-famous for her feed of “#flyingstuff” photos, where she snaps shots of random liquids or objects that she tosses high into the air. The results are awesome!

Manon told Business Insider that it all started back in 2011 when she randomly decided to throw her Puma sneakers and take a photo with her iPhone. At the time, the photo got 32 likes — more than she’d ever had before — so she kept taking more flying stuff photos. You can check out her website here: http://www.manonwethly.com

This video wins my vote for best thing on the Interwebs this week. I’m not a southern woman, in fact, I’m the furthest thing from it. But I have tons of southern friends and I watched this so many times it was ridiculous.

Do yourself a favor and subscribe to the Southern Women’s Channel on YouTube. You’ll thank me later.

This Video Explains the Difference Between Confidence and Arrogance

“Apparently” This Kid is Awesome, Steals the Show During Interview

Kid President’s Guide To Being Awesome

That is all for this week. See you next week!