Social media marketing is probably something that you’re engaged in, whether your business is large or small. But all too often people hand over set up and management of these valuable business assets to people who aren’t as qualified as they should be and/or they don’t protect their social media accounts. As a result, businesses can find their accounts compromised, stolen, and/or completely swiped by a rogue employee. If those things aren’t a major pain in the you-know-what, I don’t know what is. Here are some things you can think about, and put into place so that you can hopefully avoid a nightmare down the line — here’s what you can do to protect yourself.

Be Smart About Social Media Accounts

Many times companies let just anyone set up their social media accounts, which later opens them up to trouble. Make sure you control who creates accounts, the names in which they are created, and retain a document that contains all relevant information in a central location, under your control. Don’t let an agency or a consultant be in charge of your social media accounts without knowing the particulars of what they’ve done. Don’t let employees go rogue and create accounts under their names. Be smart about whose name accounts are created under and who has ultimate ownership, control of and access to those accounts. A little thinking up front can prevent many headaches later down the line. Also, if it’s possible to have a “verified” account, do that.

Protect Your Brand Online – and on Social

There are a ton of social media outposts and even though you might only be using a few right now, it’s important to “own” your name across multiple platforms. This is good for reputation management in general and it protects you from others using your name in a channel you haven’t yet discovered. You can use a tool like Namecheckr, which will help you not only see what iteration of your brand name is available across multiple platforms, it’ll help you reserve it in one fell swoop. We’ve long been fans of this handy tool and you should definitely check it out. 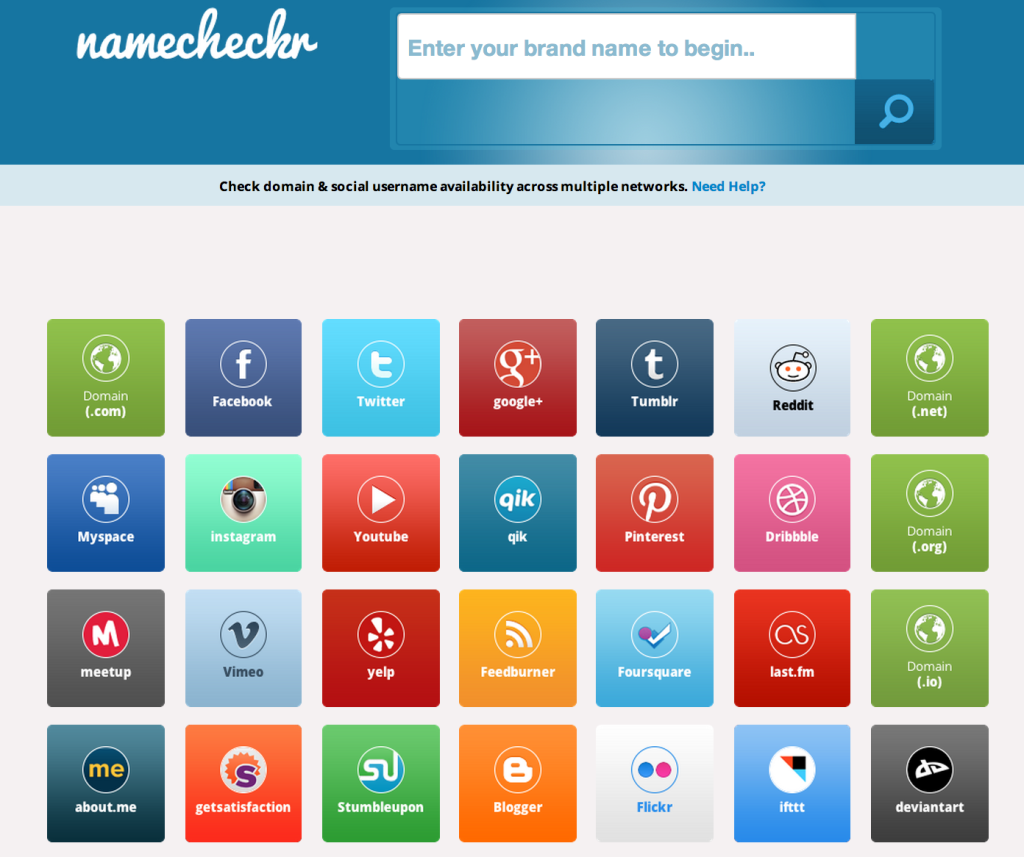 Using a tool like Namecheckr, you can not only discover social networks you might not have known about, you can make sure that some bored college student or just someone with a lot of time on their hands with a great sense of humor doesn’t swoop in, claim a channel you didn’t know about and start sharing content posing as your brand.

Crummy passwords are the number one reason accounts are hacked and compromised. If you’re using the same password across multiple accounts or using a stupid password (like 123456, password, or abc123), you’re just asking for trouble. In fact, if your password is on the list of 25 worst passwords below and you don’t immediately stop to change it, well, don’t blame us when your accounts are hacked. Use strong passwords, ones that contain numbers, letters, and characters. Make them at least nine characters in length, or longer, and use different passwords for different accounts. We’re great fans of LastPass, Dashlane, or 1Password, any of which will provide you with the protection you need.  Great passwords are a lot like condoms: protect yourself now or pay the price later.

It’s imperative to have a monitoring system in place to monitor the web for mentions. And if you’ve been relying on Google Alerts alone, well, that’s just a bad strategy. Like many of Google’s products, Google Alerts kind of got killed off in the last year, so if you’ve not yet moved to something else, it’s time to do it now. We use a number of different alerts, our favorites include Talkwalker and Mention. We also use keyword alerts from Twitter, which you can get by using SocialOomph. Using a robust monitoring system that includes alerts from multiple sources will help ensure that any time you, your brand, your clients or the industries you serve are mentioned, that you’re on top of it and able to react and respond accordingly. In fact, smart monitoring can help you avoid problems before they develop instead of just react to them once they happen.

Six months ago, Pace Salsa was in the news after some strange activity occurred on the @Pace_Foods Twitter account. The original news stories reported that the Pace Foods account favorited one or more of comedian Kyle Kinane’s tweets, many of which were both highly offensive and also supported rival companies. The account was actually a hoax by another comedian (long story), which turned out to be pretty hilarious. Unless, of course, you worked for Pace Foods. Had Pace been using any one or more of the platforms below, they would’ve known about this rogue activity much sooner than they ultimately did. And I’m thinking there was probably a big lesson learned by the brand and their marketing team as a result.

Bottom line, protect your brand identity in the social media realm to begin with and you’re likely not to have these problems. Isn’t that peace of mind worth a little work on the front end? We think so.

Pace Salsa Twitter Debacle Was a Hoax by Comedians on a Comedian
The Importance of Monitoring Your Brand and Yourself Online
People Are Talking About Your Brand [and not in a survey!]
The Internet’s 25 Worst Passwords and What They Say About You
The Best Password Managers