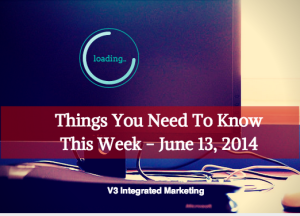 One week ends and another begins. I’m covering the Things You Need to Know this Week while sitting on a beach and drinking awesome red wine as often as possible while with the family in Northern California and counting my many blessings as I’m doing so.

My husband and I were talking this afternoon as we walked through the quiet beauty that is showcased at the Armstrong Redwoods State National Preserve. We agreed that it’s impossible to be stressed or in a bad mood when you’re outdoors and surrounded by the beautiful world that we’re blessed to inhabit. Well, of course, unless your children are arguing – but that’s the nature of a family vacation, isn’t it?  Equal moments of blissful awesomeness filled with moments of being envious of your singleton or childless friends. Bottom line, maybe we should all try to do a better job of unplugging more often and heading outside to revel in the beauty of the world around us. I’m in if you are.

That said, here’s a quick look at what’s going on the Interwebs that you should know about this week — before you head off to the beach or on that hike.

Think it’s not all that important to format your marketing messages to be consumed on the small screen of a mobile device? Think again! According to a recent eMarketer study, one out of every four people around the world will own a smartphone by the end of 2014. This is a 25% increase over 2013 levels. The Asia-Pacific region will lead this growth accounting for 50% of the increase. 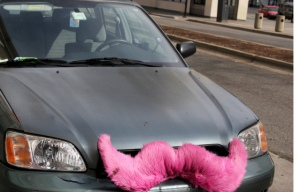 The upstart ride sharing company Uber is getting more aggressive when it comes to recruiting drivers and they’re not afraid to play dirty in it’s war against its chief competitor Lyft. Uber is offering any of its users $250 in free rides for introducing a Lyft driver to Uber.

While Amazon’s service isn’t free, it is included in their $100 a year Prime membership program, which includes access to a library of free streaming movies and free 2-day shipping on most items. Is it possible to find more to love about Prime? Apparently so. 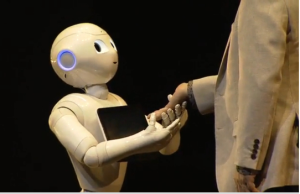 According to Son, “We say that a person is behaving like a robot, meaning that the person has no feelings. So far, robots have been like that. This is the first time in the robot industry that we are putting emotion into this robot, or giving him heart.”

“I’ve always thought that the future of robotics is like other media. Say, television or a game console. We aren’t watching it for practical purposes (other than news, I suppose). We need it to help us chill out after a long day at work. The most important element becomes the story, the connection with the viewer.”

The most interesting news is Pepper is expected to be available next February at less than $2,000, about what a high-end laptop runs. WOW! Anyone see the movie “Her” with Joaquin Phoenix and ScarJo? This kind of reminds me of that – and the future of connectivity.

The “Secret” Is Out

Secret, the anonymous social network taking the tech world by storm, has announced an invite-only beta for its newest feature called Dens. Think of Dens as a Secret app just for your company. When an organization creates a Den, anyone within that company or school can create posts that are viewable only to the members of that organization. It’s like having your own Secret clubhouse.

The Den posts have the name of your organization in the lower-left hand corner where the location or friend indicator currently resides. Secret says that the Den posts are not shareable outside of the app. But, of course a screenshot is all you need to make sure the world knows about the passive-aggressive notes left on your company’s fridge.

To make sure everyone in a Den belongs there, you have to use your company or school email. If you’ve already verified an account with another address, your organization’s email account can be added as a secondary address.

What could possibly go wrong? 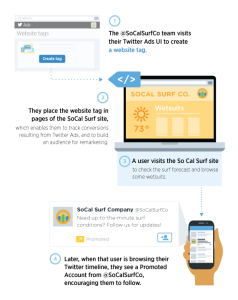 If you already have a Twitter tag for conversion tracking on your website, you’re good to go. If not, you can create a new snippet in the Twitter Ads UI. While you’re there, build an audience for remarketing, then wait for the Twitter users to visit your page.

Privacy concerns? Users can uncheck the Promoted Content box in their settings and that will effectively opt them out of any targeted advertising.

Here’s The Top LinkedIn Tip From Its VP of Mobile

Joff Redfern, LinkedIn’s VP of mobile, has been at the company for almost five years.

In that role, he’s been responsible for overseeing the tremendous growth of mobile visits to almost 45% of total traffic.

In a recent interview, Redfern shared his top tip for members looking to make the most of their LinkedIn experience: “If you don’t follow any LinkedIn Influencers, you should. They are some of the top influencers in the world writing on a variety of topics. Be sure to check out the comments because they are often filled with the hidden gems. The comments are written by everyday professionals who have a perspective that is often as eye opening as the thought leaders. A couple suggestions of people I follow are Jeff Weiner, Michael Mortitz of Sequoia Captial and Angela Ahrendts who recently joined Apple to head up their retail operations.

Facebook gives users the tools to remove ads based on topic

Facebook is about to launch a new ad preferences tool that will allow users to block ads by excluding specific topics. They say this will makes ads “better” because the viewer will have control over what they see and what they don’t. They say they’re making this option available because “soon” they won’t just be monitoring what you do on Facebook, they’ll also be including data from “some of the websites and apps you use.”

In case you didn’t know that your movements on the web turn into marketing fodder, Facebook offers a detailed explanation of how this is supposed to work:

Let’s say that you’re thinking about buying a new TV, and you start researching TVs on the web and in mobile apps. We may show you ads for deals on a TV to help you get the best price or other brands to consider. And because we think you’re interested in electronics, we may show you ads for other electronics in the future, like speakers or a game console to go with your new TV.

With the being Father’s Day weekend, it’s time to salute dads everywhere. First up is Jimmy Fallon with a very special dad guest in their rendition of “The Evolution of Dad Dancing!”

“For all the times they’ve answered our call.” Happy Father’s Day – to everyone who’s not only been a father, but who “fathers” because it’s the thing to do. We appreciate you!