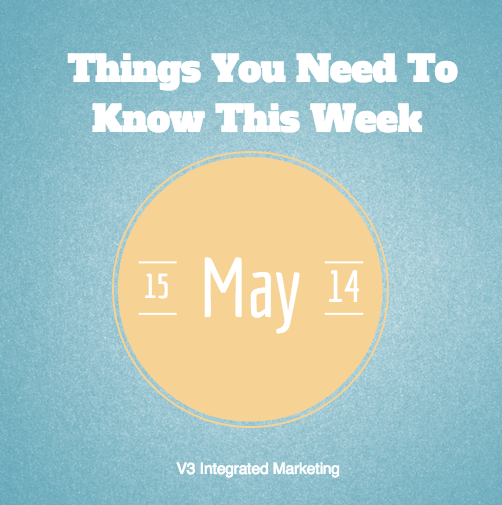 Well it’s been another busy week in the world of technology and the Interwebs with Google and the FCC taking center stage (not necessarily together though). Here are the things that we think you might want to know about this week.

The issue of online privacy continues to be a hot topic as the European Union Court of Justice ruled this week that Google and other online companies must abide by requests to remove search results that may infringe on a person’s privacy. Takedown requests have started to be received by Google including one from a doctor to remove negative feedback about his practice.

As expected, Google expressed disappointment with the ruling releasing this statement: “The ruling has significant implications for how we handle takedown requests. This is logistically complicated — not least because of the many languages involved and the need for careful review. As soon as we have thought through exactly how this will work, which may take several weeks, we will let our users know.”

With the ever increasing proliferation of digital connected devices, the “Internet of Things” is quickly becoming a significant force becoming an estimated $8.9 trillion market by 2020. With that in mind, please join me every live Friday at 12pm ET/ 11am CT for V3 LIVE: The Internet of Things. This video series will feature some of the smartest people on the planet and they’ll be sharing tons of valuable information. We’ll cover a broad range of topics and not only examine things important to marketers today we’ll also provide actionable advice and strategies you an implement in your own businesses or for your clients. 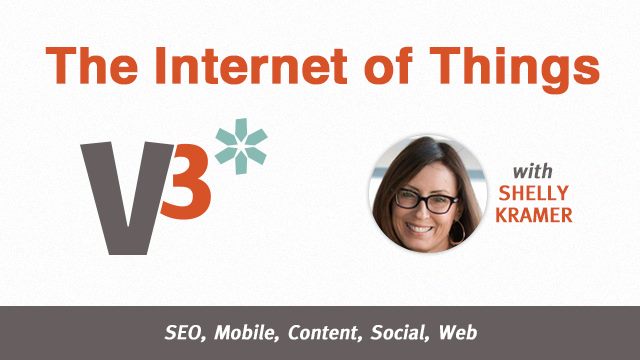 Net neutrality is back in the news this week as the FCC voted 3-2 to ban ISPs from intentionally slowing or throttling data but kept open the possibly to allow them to offer major digital content delivery companies priority access to their networks for a price.

This is likely only the beginning of the debate over a free and open Internet as Comcast, AT&T and other major network providers clash with consumers and digital content companies regarding delivery of data services and content. This is not a win for people and it’s not a win for small businesses, but unfortunately I think that so many people remain unaware of the ramifications of a lack of net neutrality that they won’t realize what hit them until it’s too late. 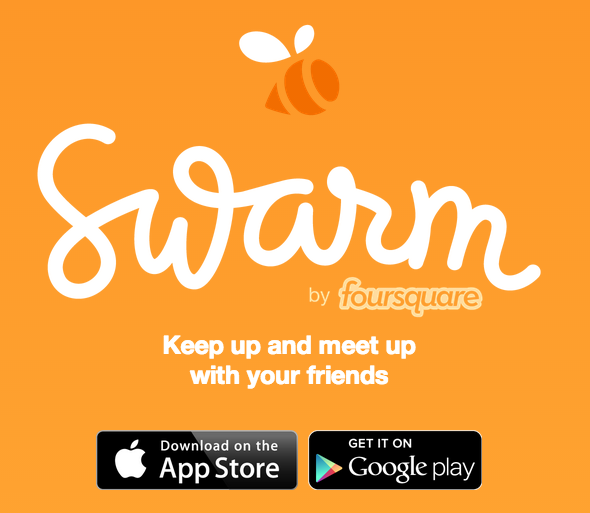 The popular location check-in app Foursquare has launched a new app called Swarm. Available for iOS and Android, Swarm is the beginning of a transition for Foursquare essentially splitting the experience into two separate apps. The original Foursquare app remains but will be losing the familiar check-in feature and become more of a discovery tool. Swarm is designed to help you see where your friends are by automatically sharing which “neighborhood” you are in, making it easy to catch up with your friends. I’m not really a fan of this, but we’ll see how it goes. 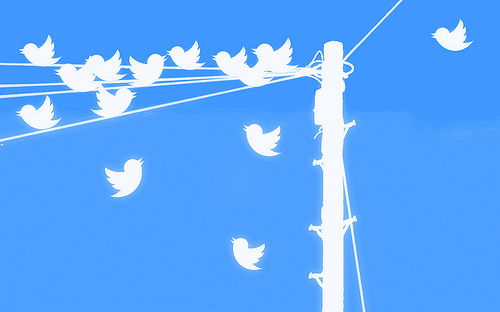 Twitter announced it will be rolling out a new mute feature to allow you to silence individual Twitter users and prevent their tweets from appearing in your timeline. Users will not be aware they have been muted. Users that are muted will still be able to favorite and retweet posts but you will not see any of the activity in your timeline. Muted users will still be able to send you @replies and direct messages.

The mute feature will be available in the iOS and Android Twitter apps and on it’s website in the next few weeks. This seems weird to me. I don’t know why it’s such a big deal to either filter out the noise you’re not interested in seeing but not paying attention to it or to just unfollow someone whose content you’re not interested in seeing. This seems silly to me. Your thoughts?

A study released this week finds that not getting “likes” on Facebook can lead to a feeling of lower self-esteem. According to University of Queensland researchers, people whose Facebook posts are not “liked” suffer decreased feelings of belonging and control and a less meaningful life overall. I can totally see this, and it worries me, especially as it relates to young people and/or people who are prone to depression or struggling with other mental health issues. We’re also seeing this on Instagram, Snapcat, Twitter and other social media sites that teens, tweens and Millennials frequent and overall, they tend to be judging how much they are liked and/or how popular they are by how many “likes” the content they share receive. This is a problem that’s not likely to go away any time soon and I think we have to keep reminding ourselves and our young friends and children that there’s a whole “real life” out there that’s beyond the social media space – and they need to be experiencing that, not chasing likes and favorites. 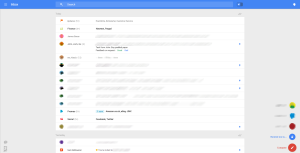 Google is apparently taking a page out of Google Plus and looking to revamp the look of its popular Gmail service. Screenshots obtained this week reveal a radical redesign may be in store with a flatter and cleaner look with Google Hangouts becoming more prominent. While there has been nothing official from Google, this may provide a window into what’s coming down the road.

While the era of self-driving cars is still about six years away  according to Google, it has started to reach out to automakers to look at ways to bring the technology to market. Project Director Chris Urmson and others at Google are trying to figure out whether it makes sense to build their own car or license their technology to manufacturers. Since it takes years to design and build a new car, any implementation will certainly have limited capabilities to start. But this is an interesting one to watch, for sure.

Speaking of future technology, want to be a Glasshole? Google announced this week that anyone can experience its wearable device, Glass as part of the Explorer program. The device is still in beta and carries a $1500 price tag but it’s no longer available only on an invitation only basis. Here’s your chance. And yes, the rest of us will make fun of you.

If Dogs Could Text

So everybody is talking about the video where the cat swooped in and saved the day and while I’m a dog lover, I’ll admit that with over 7M views and counting, it’s pretty Probably Slightly Less Boring Than Working. See for yourself. But check below the video for what I think is really the Most Unexceptional thing on the Internet this week ……

If Dogs Could Text

Someone shared this on Facebook this morning because they knew I would love it. Thank you Leah Weiss, of course I do. Reading through these pretty much derailed me for a few minutes, but I was laughing so hard it didn’t matter. Happy Weekending to you! 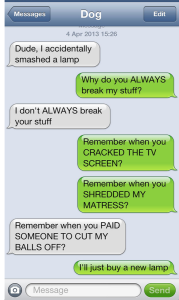