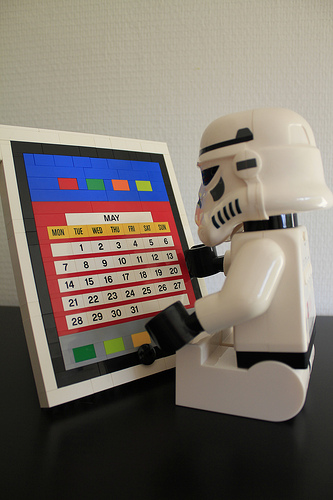 I’m just now landing in the office after about ten days of being on the road and my bed has never looked so good – I’ll bet you know what I mean. I spent four days last week at Yosemite Park with the Nokia team as part of their #LumiaExplorers program and I’ll be writing about that in the week to come – so much goodness there. And this week I was in Chicago speaking at the Social Media Strategies Summit, which was a terrific, multi-city event that you should definitely check out.

SEO is always a hot topic in my world, and if you’re trying to get your head around search engine optimization strategies for your business, Phil Singleton of Kansas City Website Design and SEO wrote a great guest post for the V3 blog that covers the basics that you really need to know. Check it out when you can, I promise you’ll walk away more knowledgeable about what you might need to be doing differently. No SEO is not dead, but it might kill your website.

I also really enjoyed this post on the ethics of Google penalizing webmasters that might be worth a read, especially if you love the topic of SEO as much as I do. Is Google Ethical & Moral For Penalizing Webmasters? One SEO & Ethics PhD Says Absolutely Not.

There’s never been a better time than now to make sure your SEO team is whip smart. If you’ve got any sneaky redirects going on, Google has updated their webmaster guidelines specific to redirects intended to trick search engines. Fix that. Now.  Google Updates Webmaster Guidelines For Sneaky Redirects.

Google Plus
The huge news last week was Google’s Vic Gundotra’s departure, announced via a message on his Google + account. One gazillion blog posts and much speculation later, the big question now is “What’s Next For Google+?”

I’ve always really loved Google+ and I think what I liked most about it was that the community there is so different. But it never became the “Facebook killer” that maybe Google hoped, so it’s likely time for a change. I love change, so it’ll be interesting to see what transpires with the Goog on this front.

Facebook
It’s no surprise brands have a lot on their plates as they figure out and plan tactics to surviving Facebook Algorithm Changes, Entrepreneur shared a very interesting infographic on this that’s worth checking out:

Twitter
Last week Twitter rolled out the new Twitter profiles to all users. I think the bigger real estate can be a great branding opportunity for brands and its users and if you’ve not yet redesigned your Twitter page to adapt to the new profile template, you should add that to the to-do list. Here’s a Twitter header template that might help.

A Eulogy for Twitter is a terrific piece featured in The Atlantic on how the platform has changed since those early days. I hated the headline, because so many people saw it and immediately assumed it was another “Twitter is dead” piece and it was so much more, and so much different than that. If you’ve someone who was around in those early days of Twitter and who once loved (and perhaps still love) the platform, I predict you’ll enjoy it as much as I did. And if you read it, I’d love to hear your thoughts.

Pinterest
Pinterest launched what it calls “guided search” which is a new visual way to explore Pinterest’s more than 30 billion pins—links or images chosen by users and assigned by them to topical collections.

Unlike other search engines, where you must choose a precise string of keywords for what you are searching for, “guided search offers suggestions as you go based on the associations Pinterest has learned to make between all the objects in its database.  Here’s a post on that topic for more info: In Challenge To Google, Pinterest Launches Guided Search.

If you’re like me and travel a lot, accessing your documents quickly and easily is important. Google has launched standalone Docs and Sheets apps for Android and iOS and it’s pretty cool. The apps have offline support, so you can create, view and edit your files without Internet connection and you’ll also see your most recent edited files. Right now, slides app for presentations are still in the works, but that’s likely not far behind. Whoop-whoop!

Speaking of presentations, I found a very helpful hack from LifeHacker that might come in handy for you as well. Instead of presenting using your laptop, you can store your presentations in Drive and present using Chromecast. It’s simple – all you need to do is connect the $35 dongle to the conference room projector and viola, you’re ready to roll. Check out the article and let me know what you think. Google Drive Can Now Send Presentations to the Chromecast.

I don’t really draw or sketch, but I know a ton of people who might love the new Lix 3D Drawing pen, featured on Kickstarter and billed as the “smallest 3D printing pen in the world.” Kind of interesting, isn’t it? A great gift for the impossible to buy for but loves to draw person on your list

As if we didn’t already know that wearable tech was big, Amazon now has a dedicated portal for wearable products. What’s really interesting is that they also have a new feature they call the “learning center” that provides less tech savvy buyers a crash course on the available wearable devices.

This month, the Word of Mouth Marketing Association (WOMMA) published the results of a study revealing the state of word-of-mouth marketing (WOMM) in 2014. I thought it was interesting, perhaps you will, too.

If you’re focused on evaluating the effectiveness of the content you’re producing for your organization, check out this resource from the folks at the Content Marketing Institute, Measuring Marketing Effectiveness: Find Out if Your Content Converts.

If you’re an Internet Explorer user and you’ve not yet heard about the security flaw that puts all Internet Explorer users at risk and also exposes Windows XP users, it’s time to play catch up. This is bad news for people still using the 12-year old operating system. The flaw could potentially let hackers gain full user permission over your computer, allowing them to install programs, view and delete data. Good news, Microsoft has announced yesterday that users with automatic updates won’t have to do anything, but users who don’t have automatic updates will need to manually apply the fix. Check out more from USA Today: Microsoft issues Internet Explorer security fix.

If you’re a Star Wars geek, I mean fan, the new cast has been announced. It’ll be awesome to see the magic that JJ Abrams makes happen, melding the old cast with the new. From The Verge: Star Wars Episode VII Cast announced, including Luke, Leia, and Han Solo

If you like hamsters and burritos, surely you’ve not missed the video of a hamster eating a tiny burrito who already has over 3.5M view in the past 2 days. Looks like this is only episode 1 so expect more to come.

Even better, and my favorite thing on the Internet in forever is this video of models walking the runway and slipping in their heels. Seriously, this is how I feel just about every time I wear heels (which is often) (yes, I’m a klutz), and while a small part of me felt sorry for them, it was ridiculously funny to watch. Over and over and over again. Even better? I loved the fact that they all fell, laughed, got back up and carried on. Which, of course, is what you do when you fall on your butt.

That’s it for this week — hope you have a terrific weekend.