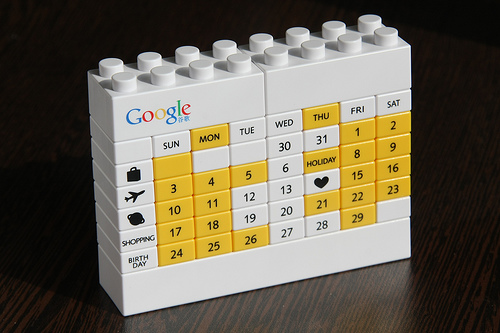 This week was a great one, but a killer one. I went to DC for a client meeting and the agenda was so packed that I didn’t even get a chance to see the lovely cherry trees in bloom before heading home. A first world problem if ever there was one, but I am kind of sad about that.

As always, there are a ton of things going on that you should know about, but here are the things that are at the top of my list this week.

The Heartbleed bug is being called one of the biggest security threats the Internet has ever seen. And that’s likely not far from true. It’s an encryption flaw and has affected tons of ecommerce sites and other popular sites that you (or your kids) use all the time – like Gmail, Yahoo mail, Facebook, Twitter, Dropbox, Minecraft, Turbotax and a whole lot more. The risk to you is huge and this flaw could have resulted in much sensitive information (passwords, credit card data, etc.) being exposed over the course of the last two years. Yes, you read that correctly – two years. This bug leaves no traces and it’s impossible at this time to know what kind of data that you thought was secure might have been stolen.

PC Magazine reported that there were 628 of the top 10,000 websites originally identified as vulnerable in this Heartbleed: How it Works post. On April 9th, that number was down to 301 and by the morning of April 10th, it was down to 180. That means that most companies aren’t wasting any time when it comes to getting fixes in place, which is as good for customers as it is for them.  If you’re a geek like me and want to see what this breach looks like and how it impacts people, check out this image, courtesy of PC Magazine.

Time Magazine covered this nicely as well in How to Protect Yourself Against the Heartbleed Bug.

You need to pay attention to this – now. Here’s a great post by Mashable that you should make time to read. Immediately. Then change the passwords on the recommended sites. The Heartbleed Hit List: The Passwords You Need to Change Right Now

Want to test a server you’re about to log into (or your own server) to see if it’s been impacted? Well, of course you should want to – I know I do. Here’s a super quick and easy way to do that: The Heartbleed Test. Built in a frenzy by Filippo Valsorda (his words, not mine) (but they make me like him more), it’s pretty awesome. Gotta love the geeks of the world, especially when they build cool stuff on the fly to help sort out craziness like this. Find Filippo and his site here. Use his Heartbleed Test on your site (especially if it’s an ecommerce site) and also check it on other sites where you shop and/or provide information that you’d like to remain confidential.

Gurus and Mailing It In. My friend Daniel Newman is a pretty smart guy. Smart about marketing, about technology, and about the intersection of those things. He’s also about of the most real guys you’re ever going to find, which is always one of my favorite things to discover about someone. He and I have been trying to find time to spend time on the phone and get to know one another better and we finally made that happen this week – which is partly what made my week a great week.

Daniel and I talked the other day about the irony of the fact that some of the many “social media elite” who talk the talk (or write books) about all the things you’re “supposed” to do when it comes to integrating social into business but who on a consistent basis aren’t walking the walk. You know who they are. Those folks whose every post – on any network – is about their latest book or their latest accomplishment, or some selfie taken on site with some “fabulous new client who just bought 1000 copies of my book.” Yup. You know who they are. Their arms are extra long from all that patting themselves on their back. Snooze-o-rama. That’s not to say that I don’t understand that we’re in marketing (in some fashion or another) and that the key to being a good marketer is understanding promotion and knowing how to do it. There is, however, a difference between constant self-promotion and a nice mix of self-promotion combined with, oh, I dunno, talking about cool things that others are doing and doing your part to support them.

Daniel wrote a post on this topic and published it this week. I’m biased on this front, naturally — but I do think it was a great read and really true. Most social media “elite” truly do suck at engagement. Unless, of course, they’re engaging about themselves. I stopped counting when Daniel’s post got 200ish comments when shared on Facebook, but the comments and discussion happening there was as interesting to me as the post itself. Here it is, have a read. And let me know what you think. Social Media Pundits (Mostly) Suck At Engagement – Millennial CEO | Millennial CEO

Twitter is changing it up – again. Twitter continues to mix things up, this week with the introduction of a redesign that makes Twitter look a lot like Facebook. I use a dashboard for interacting on Twitter, so I never visit the Twitter interface itself, so this likely won’t impact me much. But it’s probably important to think about what your profile pages look like and tweak them as needed. Twitter starts introducing Facebook-like redesign of profile pages.

I love Google+. And I love the news that the platform is now allowing you to set a target audience for your G+ pages. Smart. This is a lot like what LinkedIn does with its targeted post capabilities and, of course, Facebook does the same thing. It only makes sense. Are you a G+ user or is it just not your thing? I’d love to know – it truly is one of my favorite platforms. The audience there is so different and I find there’s not all the BS that you get or see on The Facebook. I like that. Here’s what you need to know about that — Google+ now allows you to set a target audience for Google+ Pages

More Facebook changes. Facebook updates its look again, this time making the right side ads match news feed ads. Good. More things to ignore. Actually, from a UX standpoint, as well as for advertisers in general, this is probably a good thing. Have you noticed it? MediaPost Publications Facebook Updates Right-Side Ads To Match News Feed Ads

Walmart’s always up to something, and it’s usually pretty cutting edge. Here’s more on that, this time related to organics.  Walmart Sowing Organic Wild Oats

Mobile Marketing. Not yet paying attention to mobile? If not now, when? Marketers Up Mobile Search Spend By 135% In Q1 2014

Marketing to Millennials. This was published on our blog and we’ll include it here since we’ve been talking a lot about Millennials with clients this week, and how to adapt to a different kind of buying mindset. Millennials More Likely to be Influenced to Buy by Social Media Peers [Study]

Things that Amazed or Amused Me

Where’s the damn plane??? Still wondering where is that doggone plane is and why is it taking so long to figure it out? Well, there’s a good reason for that. If, as it seems, it ended up in the Indian Ocean, that’s one darn deep watering hole. Think you know what “deep” means? I’d venture a guess that you have no stinking idea. I know I certainly didn’t. But once you look at this infographic, you’ll see not only what “deep” is, you’ll have a whole new appreciation for the many folks out there, from countries all over the world, who are looking for that plane.

Lose things a lot? This is for you. I lose my keys all the time. And of course I lose my phone about every 20 seconds. This app, hoping to beat other similar competitors to market, looks beyond awesome. I’m still waiting for my Tiles to arrive, which I supported and preordered forever ago, but just to be safe, I’m ordering 10 of these thingamabobs. Immediately. Check it out. Wired: A Tag With a Killer UX That Finds Lost Keys and Pets

How to Poop at Work. You read it right. How to poop at work. Who DOESN’T need to know this????? I saw that someone posted this on a friend’s Facebook while (while I was stalking him, of course), and I swear I have not laughed harder — this week, or perhaps ever. This video, which covers the painful realities of having to poop at work (which happens to EVERYONE), an overview of common slang terms and tips on best practices for making sure that pooping at work is as painless as possible. Seriously, this is the video you watch and send to 20 friends once you’re finally able to quit laughing—it’s that good. And true!!!!!

That’s it for the Web this week and what you should know. Have a great weekend!