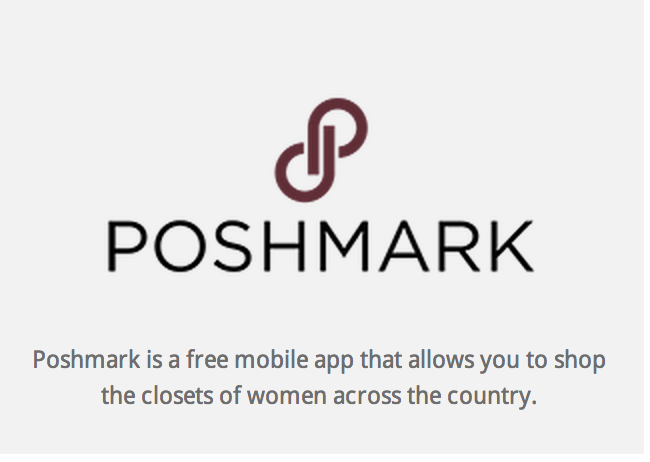 Start-up retailer Poshmark has teamed up with the US Postal Service to create a new shipping concept that could change the face of e-commerce shipping in retail.

Dubbed ‘PoshPost,’ the new venture is essentially the creation of a new USPS shipping label exclusively for the retail industry. Following a similar model set up under the Media Mail category, which allows books and DVDs to ship at cheaper rates, PoshPost is being hailed as a milestone for fashion retailers—or at least the one fashion retailer for which it was specifically created.

What is Poshmark Anyway?

Launching in 2011 with only a mobile app, the California based start-up is like eBay for used clothing, netting the company a cut of the total sale price of an item. Poshmark’s mobile first strategy is both ballsy and brilliant. Even better than that, it’s wildly successful – and changing the fashion industry at a fast and furious pace. Even more important, what they’re doing with Postmark can (and likely will) be repeated in other industries. It’s really a fascinating, smart business model.

According to Poshmark’s founder in a recent interview, people can’t clean out their closets quickly enough – the platform boasts some 350,000 million customers in just three short years. Poshmark reports that every day women upload a million dollars worth of merchandise onto the platform. Every day!!! Add to that the fact that it’s the second most popular fashion app in the Apple app store, second only to Vinted, and if you’re not already paying attention to PoshMark, you should be!

Launched on March 20, 2014, the new PoshPost shipping label is custom-branded shipping label that carries a flat rate of $4.99 for boxes weighing less than five pounds. Consider that a small flat-rate USPS Priority Mail box costs $5.80 and flat rate envelopes start at $5.60, PostPost means considerable savings for Postmark’s customers, who bear the shipping costs. Even better, this mail will be regarded as Priority Mail, which means it’s promised for delivery within two to three days—which means cheaper shipping and a competitive advantage for Postmark. It totally makes sense, since the majority of Poshmark’s packages are less than 5 lbs. and a one-size-fits-all label works extremely well. Darlene Reid-DeMeo, a USPS spokesperson, says “[a]lthough the Negotiated Service Agreement with Postmark is not unusual, the PoshPost label is a collateral design unique to Poshmark, Inc. Our collaboration with Poshmark to design an innovative and practical solution for our shared customers will surely be a perfect fit for shoppers and shippers alike.” 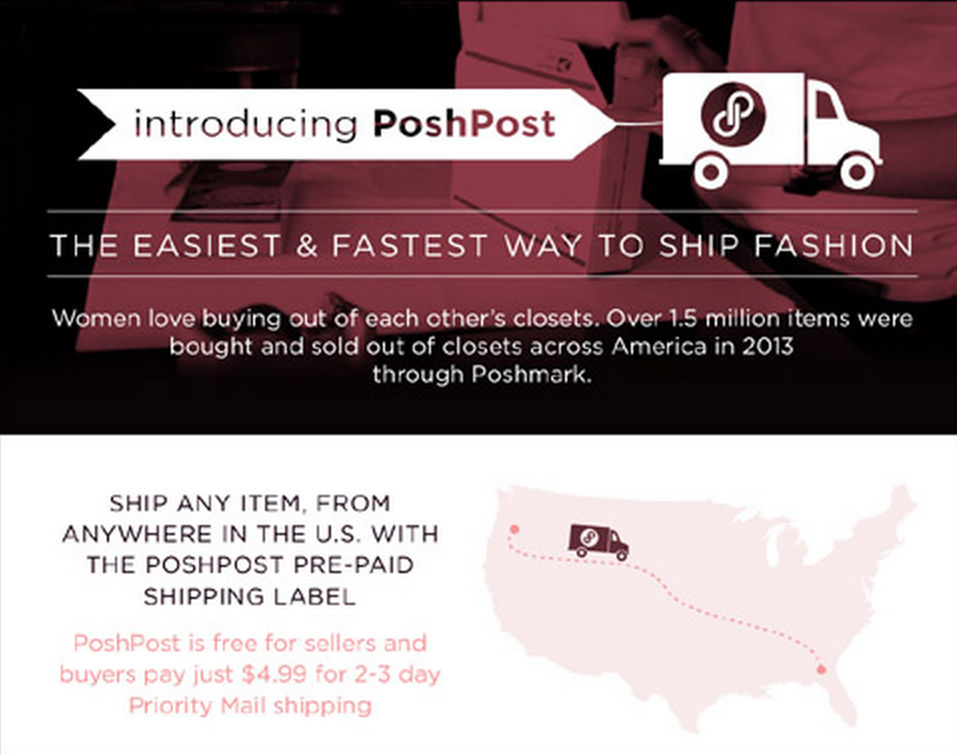 A Streamlined Supply Chain: Easier for Everyone

Since the PoshPost shipping label is generated at the time of the sale and sent immediately via email to the seller, it makes things exponentially easier for both parties involved in the transaction. No longer do sellers have to calculate shipping costs based on zip codes or package weight and there’s no unknown for buyers – the shipping rate is a given. With the PostPost shipping label its just as easy to ship an entire outfit as it is to ship a single item—and there’s no unknown or any jacked up shipping costs that get in the way of a sale.

Why a Flat Rate for Retail Shipping is a Game-Changer

This collaboration between the USPS and a brand, much less a brand that exists in the form of a mobile app, is a first. And as mentioned before, it could be a significant competitive advantage in this particular niche — gently used clothing and accessories — for this creative startup. At least until other retailers negotiate their own branded deals with the USPS, which surely can’t be far off.

Poshmark talks about this move as innovation equal to that of what we’ve seen from both Amazon and eBay in the past, and it’s hard for me to argue that. This flat rate shipping label could easily pave the way for other industries in the e-commerce world and other partnerships between brands and the struggling USPS (or other shipping companies).

What do you think of PoshPost — a fashion faux pas (sorry, that was irresistible) or a retail success story? Do you see other industries moving to adopt a similar approach to shipping? It saves customers money and makes both the buying and the selling process easier for all. It’s a power move on the part of the US Post Office and opens the door for similar deals with e-commerce companies. Now they just have to be able deliver the same kind of service that UPS and FedX deliver. What do you think?

Poshmark’s Manish Chandra explains why mobile is eating his industry – and all of retail
Poshmark and USPS Fashion an Exclusive Shipping Deal
PostPost: How Poshers Are Embracing Change