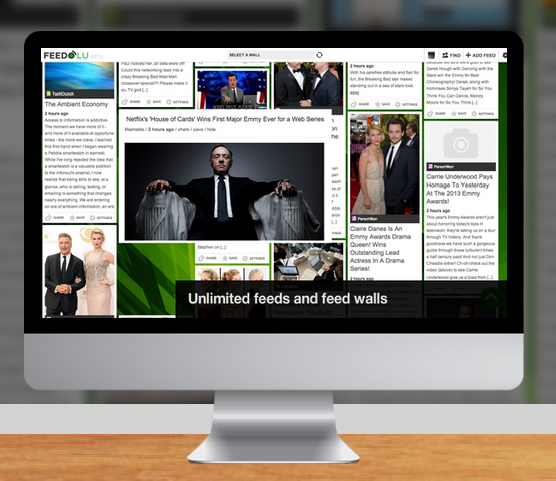 We wrote about Feedolu’s RSS feed reader back in September right after it launched, and now Feedolu is back with a new site called “CHANNELS.”

If you’re like us, you’re deluged with content, not only things that you want to read, but also things that are important for you to stay on top of on behalf of your clients. A reader can help make that process easier, and can help you track content in specific verticals, from specific publications, etc., which is a big part of not being overwhelmed. Or at least only moderately overwhelmed. And Feedolu’s newly integrated CHANNELS functionality makes the whole thing even better.

Feedolu does the work for you by curating great content in CHANNELS. They’ve hand-selected hundreds of popular feeds and placed them in variety of topics like entertainment, social media, technology, etc. The service is free and doesn’t even require you to sign up, you just go to the site and see up-to-the-minute content on the topics that interest you. 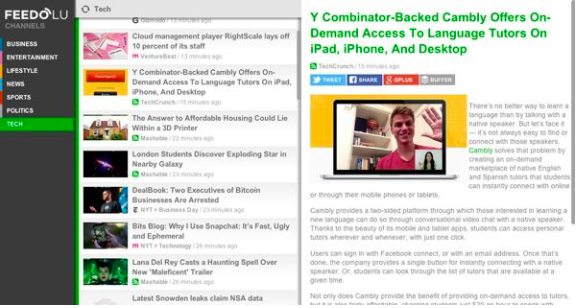 I’m friends with the founder and developers of this startup, so I’ll admit to bias, but my team and I really like what they’re doing. And word is that the CHANNELS launch is only the beginning for this new site, with lots of additions coming with the launch of the new RSS reader in early spring.

Why Feedolu? I know it might be hard to believe, but there are tons of people (me included) who don’t use RSS readers. So Feedolu takes all the work out of finding, adding and organizing content. For regular users of RSS feeds, topics make content consumption easier and more efficient and equally as important, the content is updated every ten minutes, so it’s pretty much real-time information. And that’s pretty awesome, too.

So far we’re liking CHANNELS and are looking forward to the new version of Feedolu coming out soon. Another thing I’ve really enjoyed about working with Nick and his team at Feedolu is that my friends by and large are a knowledgeable lot of early adopters, and folks who have been using the web, creating and distributing content, curating content and feeds, etc., for a really long time. And when they test something out, they are quick to provide feedback related to user experience and tweaks that would make a service better. Nick and his team have been awesome about listening to feedback when and where offered and integrating it into each iteration of the Feedolu site. There’s a lot to love about that – and it doesn’t happen all the time.

Check out CHANNELS today – and let me know what you think.