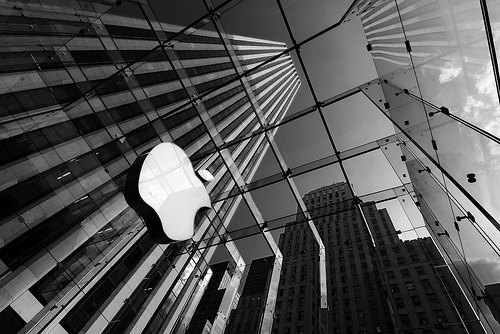 The news of Apple’s recent purchase of Topsy for $200 million came as a surprise to many, as Apple is not really known acquiring startups. If you’re not familiar with Topsy, it’s an analytics firm founded in 2007 by Vipul Ved Prakash. Topsy is an official Twitter partner and has full access to Twitter’s firehose, which includes access to all data and tweets. In addition, the Topsy platform offers users the ability to analyze tweets, gather insights, and measure reach of brand campaigns, which includes hashtags and messages. The company even enables Twitter users to search Twitter’s entire archive, which is kind of a big deal.

It’s been speculated and isn’t a huge leap that Apple has Twitter’s blessings on the purchase, since the two companies have been working together for awhile now. There was a rumored investment by Apple in Twitter in July of 2012 and Twitter is embedded in Apple’s iPhone products.

No one knows exactly why Apple bought the social analytics firm, but they’ve notoriously struggled to adopt social media, as a brand in general. And, for a company that sells apps, games, movies and connectivity, well, it’s kind of a no-brainer that at some point they need to get their social media act together. Here are some thoughts about the potential rationale behind the purchase.

Use Topsy as a listening tool

Surely part of Apple’s interest in the Topsy platform is for use as a listening tool. And because of Topsy’s connection with Twitter, its data is (and likely can be) pretty valuable. Social media plays a big role in how people spend their time, and their money, so for a consumer brand to not be connected to and/or using social media in any way, well that’s just not prudent. And Apple has long been known for their lack of involvement in the social space – maybe this is kind of like a giant step in a different direction for them.

Use data to make smarter recommendations

As mentioned above, Apple has stumbled with social media in the past, and the failure of Ping, their own social network, after just two years  is evidence that they just didn’t get it. Twitter is not only the “it” network with young people, it’s got a pretty broad user base across all age groups. As mentioned above, the Topsy acquisition gives Apple a direct window into what Twitter users are saying about Apple as well as what is being said about their competitors. Since Topsy has access to the entire Twitter firehose of data, this gives Apple direct access to everything being posted on Twitter in real time. Google and Microsoft have enjoyed a distinct advantage over Apple for years with social data they’ve gathered from users of their search and social products. With this acquisition, Apple has leveled the playing field and is expected to use this data to improve their less than impressive search and recommendation tools on their App and iTunes Stores. Apple can use this data to customize recommendations on a more personal level to help users discover apps, music and movies most relevant and of interest to them. In addition, the data that they’ll have access to as a result of this purchase will allow Apple to factor customer insights into future product developments  as well.

Twitter is already fully baked into OS X Mavericks and iOS 7. With the purchase of Topsy, Apple and Twitter will become even better friends. Perhaps Apple can use Topsy’s analytics data to improve Siri. Hayes Davis, CEO of Union Metrics, believes this real-time data can be used to help improve Siri’s functionality and help Siri to be better informed about recent and relevant events. Apple can also be targeting a deeper integration of social interaction with Apple customers to gain a better understanding of what their customers want to see in future products. Apple’s lack of interest in a connection, online, with customers, has always been somewhat ironic, since the connected, tech-savvy online audience are some of Apple’s biggest fans. This acquisition should set the stage to change that. It will be interesting to see what happens there.

The reality is that no one really knows the motivation behind the Topsy acquisition by Apple. They are a famous secretive company and all we can do is speculate. But one thing is for sure — Apple doesn’t acquire other companies without a clear reason to do so. With real time analysis of social data becoming more and more important, this purchase makes total sense, to me anyway. What about you?