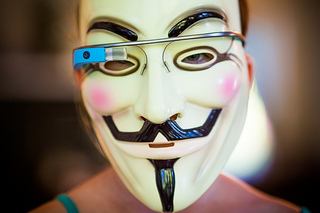 Are you old enough to remember when mobile phones were hard-wired into cars? Or better yet, when people carried them around in super chic bags? How about when home phones, (yes when people still had land lines), no longer had cords but were as big as a brick and just about as heavy? And television sets? They were so big you needed two people to lift one and a desktop computer, well it actually took up the whole top of your desk.

Did this trip down memory lane make you laugh? On one hand, those things described above seem really long ago, but the reality is that it wasn’t so long ago at all. We are living in the age of technology and these days, it moves at what seems like the speed of light.

And today, wearable technology is where it’s at. This new industry has reached almost $4.6 billion in sales so far this year. And the largest market is within the health and fitness industries. It’s estimated that some 14 million wearable devices were shipped in 2011 and this is expected to rise to perhaps as much as more than 140 million by 2016. Holy moly, that’s a lot of devices. 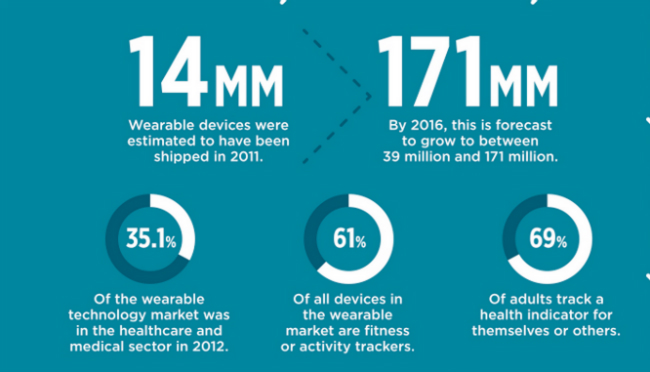 Consumers all over the world are using wearable technology—things like FuelBands (or U), Fitbits and smart watches (to name just a few) –and most use is for tracking personal health and fitness information. These devices don’t just measure calories burned or steps taken, but can also track vitals and heart rates. Not impressed yet? Wearable devices can even measure sleep apnea severity and vibrate when there’s a detection of slouching..

Then there’s Google Glass and the brave new world that that opens up. When it comes to technology like that, I’m especially fascinated with the myriad of  business uses that are possible and can’t wait to see how this develops.

We’re at the early stages, for sure, but the wearable technology industry is growing like crazy and can provide a plethora of benefits to users. Devices can help with weight management and loss, fitness, sleep habits, posture and even management of health issues and medication schedules. There are, of course, some obstacles to be overcome, but that’s to be expected.

One big obstacle is the need for devices to be charged. There’s nothing worse than being wholly committed to a wearable, then forgetting to charge as needed and having to go without it. You’re nodding if you’re a fellow wearables users – you know just what I mean. Also, with some of the personal and health information that these devices are storing, it’s important that producers develop a way to protect user privacy and protect against theft.

As the wearable technology industry flourishes and grows, its devices are sure to do the same. It’s not a far reach to assume that wearable devices could easily replace smartphones. Think how nice it would be to never have to search for, charge or type on your smartphone again, because it’s always on your wrist, fully charged, with voice controls.

A few years down the road, we’ll likely be thinking back and laughing about the days that we carried around our smartphones and had to make a conscious effort to charge it every night and even push buttons to text message and answer a phone call. It’ll be like those days when every kitchen in the land had a phone mounted on the wall, with a cord that had been stretched out to 20 or 30 feet long, so that we could talk and walk all around the house. We’ll smile and laugh at the way things were “back when” – and the reality is, it won’t be long at all.

What about you? What do you think about wearable technology? Do you have some? What do you see in the immediate future? Do you see applications for business? If so, what?

If you’re as interested in wearable technology as I am, check out this video from Engadget’s coverage of Expand: The State of Wearable Technology.

The Guardian: The Rise of Wearable Technology [infographic]