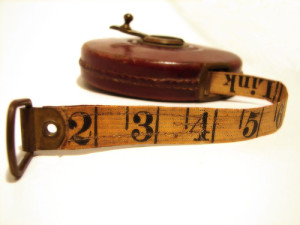 You probably know by now that I’m a huge data freak. And using tools that track your data—whether for your website, blog, or your social media channels, is important. And when it comes to Facebook, an area of focus for many brands and marketers, knowing what’s important and what you need to be measuring is key.

While your response might be “No duh!” there are many people who either don’t collect or collect but don’t look at their analytics or who look but are confused–so I’ll keep talking about it until, well, forever.

When it comes to Facebook, there are an array of metrics to help you to determine the level of success of your marketing efforts and campaigns. The key part of the equation, however, is understanding what the stats mean and using them to measure the true worth of your ad campaign.

When I want to know more about Facebook, I rarely go farther than my smart friend Jon Loomer, who has a website (and a business) devoted to Facebook and helping people use the social network more effectively. Jon recently produced a guide for the folks at Agora Pulse that I thought was terrific, so we’ll share a sampling of what he wrote here, and then we’ll send you over there for the rest. Here goes:

Actions include page likes, post likes, event RSVPs, and app installs. Actions can also include link clicks for Domain-Sponsored Stories and conversions when using offsite pixels. Actions taken within 24 hours of someone viewing your ad or 28 days after clicking on it will be recorded.

The number of unique users who viewed your ad.

The number of unique users who viewed any ad in a campaign.

The total number of clicks any of your ads received. Clicks also include page likes, event joins or app installs that came from your ad if you’re promoting a page, event or app.

The average cost per click for your ad or campaign, that is the amount spent divided by the number of clicks received.

The average cost per thousand impressions on your ad or campaign, calculated as the amount spent divided by the number of impressions divided by 1,000.

The average number of times each person reached by your ad viewed it. In short, it’s the number of impressions divided by the number reached.

The total number of times your ads have been shown in aggregate. This might be higher than the total number reached because it can include reaching the same unique user more than once. For example, if four users were reached once and one user was reached 4 times with an ad, this would be represented by a reach of 5 and impressions of 8.

This show the names of a viewer’s friends who liked your Page, RSVP’d to your event, or used your app.

These are Impressions that were shown with the names of the viewer’s friends who liked your page, RSVP’d to your event, or used your app.

This is calculated as the number of unique users who saw your ad with social information (i.e. your friend liked this page, commented on this post, installed this app, RSVP’d to this event, etc.)

Calculated as the percentage of impressions with which your ad was shown with the names of viewers’ friends who liked your page, RSVP’d to your event, or used your app.

And The Metric You Really Need to Be Tracking

Keeping an eye on all the data points mentioned is important. But there’s one additional metric that’s a critical part of the analytics equation: Cost Per Desired Action.

This particular data point gives you a true reflection of the success of a given action by filtering out activity that isn’t relevant to what you’re trying to accomplish. Consider these examples provided by Jon, based on the ad type:

If you’re interested in manually calculating Cost Per Desired Action, head over to Jon’s post for instructions. You can also select the Full Report from Facebook’s Ads Manager for a look at the amount spent and desired action for each ad.

So there you have it. And hopefully this will help you as you manage and monitor the success of your Facebook pages, the content you share there and the campaigns you run. What data points do you pay particular attention to, more than others, during a Facebook ad campaign? Are there any we didn’t mention?

As a final note, I’d be remiss not to mention that Agora Pulse is an all-in-one platform to manage your Facebook page and something definitely worth spending some time checking out.

Read Jon’s full post here: Know Your Facebook Ad Metrics: Those You Use and One You Should