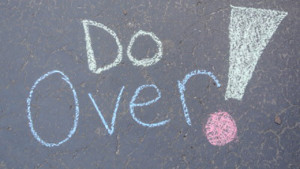 Keeping teens safe on the Internet is a huge concern for many parents, as apps and websites like Snapchat, SnapSave, Kik, and Ask.fm targeting teens keep popping up with seemingly no end in sight. We’ve written about this a lot, and we’re going to keep writing about it because it’s the right thing to do.

Keeping kids protected from online predators is one concern, but another challenge for parents is helping them avoid sharing things on their social media accounts that might put a bump in the road on their path to a bright future.

If you’re a parent in California, you’ve likely heard of a recently-passed law that will allow kids under the age of 18 a free pass to delete those big mistakes before a prospective employer or college admissions committee sees them. This bill, the first of its kind in our country, gives teens a chance to take action when hindsight becomes 20/20.

We all know teens can be impetuous and that they might (ahem) find it difficult to see the big picture as it relates to their online lives. For example, how might today’s risqué Facebook pic impact their college or job prospects? In this age of snap-it-post-it-share-it-now, teen antics (aided by apps that fuel impulsiveness) can go viral pretty quickly – and there’s a digital record of those questionable hijinks left as a reminder even after the furor dies down. If you’re like us, you’ve likely had a moment or two of reflection on your decisions as a teen and thanked heavens that social media wasn’t around back then. (I mean, just kidding, we never did anything questionable as teens. Nope. Not us.)

The California law requires websites to provide a tool with which minors (kids under the age of 18) can remove posted photos they’d rather forget were ever taken, thereby digitally erasing any potential embarrassment. California Senate leader Darrell Steinberg said that minors “deserve the right to remove this material that could haunt them for years to come.”

While this is nice, and a good first move on the part of the State of California to focus on the issue of the Internet and teen safety– it’s not exactly a whole lot of protection for teens. The reality is that anything, anywhere can be screen-captured the moment it is shared. And saved. And shared. By someone other than the person who originally posted and shared the content.

Think about it this way: I could post a picture that I later decide is a bad idea, and remove it using these “remove” options that will have to be provided by sites like Facebook, Twitter, Tumblr and others. But that doesn’t preclude someone who knows me from capturing what I’ve shared and then sharing it somewhere else. I’m pretty sure this law doesn’t permit minors to remove anything that pertains to them online, only that which they created/shared. But you know what? It’s a first step—and that’s something. At least people are paying attention to the dangers posed to young people online and trying to put measures in place to protect them.

There are some groups that oppose the bill and say that it may lead to some websites banning minors from using their sites at all. I don’t really see that happening, do you?

What do you think? Is this “do-over” button a good move or not such a big thing? I know this is a topic that many of you are as passionate about as I am—I’d love to hear what you think.

Other Resources On This Topic:

NSTEens.com, an online resource for teens and tweens helping them make better decisions online. Also a resource for parents and teachers.

Online Trouble for Teens: What You Need to Know About Snap Save

Keep Your Teens Safe on Facebook, In Spite of Graph Search