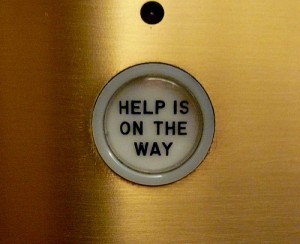 Awakening to a text message about death is awful. That it’s the son of a good friend, worse. Learning that it’s a suicide, unthinkable. Yet that’s what happened a short number of weeks ago as I learned of the loss of my friend Anne’s 17-year-old son, Jacob.

Losing a parent, a spouse, a sibling, a friend—none of it is easy, yet death is an inescapable part of living. You realize, typically in middle age, that life is so short and so very precious. In fact, it’s often in middle age that we really realize, when likely faced with fewer years ahead of us than behind, what a blessing life is. And we finally understand how important it is to take nothing for granted, ever, not even another day.

Yet when you’re a kid, a lifetime can seem infinite. And it’s quite likely that everything is taken for granted, mostly because you just don’t know any better. And there’s no way you could know better, because knowledge often comes with experience. As a kid, you all you know is your perception of the world. And unfortunately, for all of us, young and old, our perceptions are our realities. The good, the bad, the untenable.

Jacob, who I never had the pleasure of meeting in “real” life but who I knew from pictures, anecdotes and stories shared by his mom and our group of friends, seemed so happy and so full of life. It was obvious that Jacob loved living large, being outrageous (such a surprise, given that Anne Weiskopf had a hand in raising him), was passionate about animals and fashion and his friends and his family—so many things. And he was, I hypothesized, also a kind and gentle soul. But I was on the outside looking in. And that kind and gentle soul, while very real, was also conflicted and dealing with acute depression on a daily basis. In real life (beyond the happy times that I heard about in a conversation or saw on Facebook), Jacob was troubled. And fragile. And dealing not only with the typical angst that comes with being a teen, but also the angst that comes from being different from whatever it is that we call “the norm.” Those things, exacerbated by the angst that comes from dealing with chronic depression, created a veritable perfect storm. A storm that most of us didn’t realize was brewing.

Jacob’s perceived differences and his fragile soul ultimately led him to think he wouldn’t be able to live the life he wanted to live and that he’d never find the things that were important to him. His angst led him to think that his life wasn’t worth living. And so, he ended it. Sound familiar? Sadly, it happens all the time.

One million people die each year from suicide globally. One million. And in the United States alone, some 4,000 young people take their own lives every year. If that doesn’t present clear and convincing evidence that this is a huge problem, I’m not sure what will.

And what about when you’re a mother or a father and you’ve lost a child—or anyone—to suicide? When you’re a brother or a sister or a wife or a husband, partner or grandparent or friend, how do you ever understand what it was that would ultimately drive someone to take his or her own life? And how do you manage to deal with your grief and make it through the rest of your life?

I don’t know the answers. And I’m sure Jacob’s family doesn’t, either. Nor do his friends. But what I do know is this. Channeling grief and a desire to do something in a way that can affect change is powerful. I can’t heal the Weiskopf family’s grief or the massive holes in their hearts that Jacob’s loss will forever leave unfilled. But I can do my part to try and make sure others know that every life is worth living. I can talk about the importance of suicide prevention, whether people want to hear about it or not. I can support the IMAlive initiative in Jacob’s honor and help educate people, especially parents and teens, about suicide. I can’t ever bring Jacob back, but I can honor him. And by doing so, maybe I can help save a life.

Let’s talk about how. Because I know that if you’ve read this far, you won’t stop until you get to the end, right? The Kristen Brooks Hope Center is a non-profit based in the U.S. that operates a service called IMAlive. IMAlive is a virtual crisis line that anyone in trouble can access to be connected via chat with a trained volunteer—someone who can help them through the darkness. But, as you might imagine, operating the IMAlive virtual crisis line costs money.

If there’s even the most remote chance that you wonder whether or not IMAlive is effective when it comes to helping people in their most dark and utterly terrifying hours, take a minute and listen to Molly’s story:

The Kristin Brooks Hope Center is passionate about keeping IMAlive going. In order to do so, they are hosting a fundraiser called The 24/7 Giving Challenge. And as part of this large fundraiser, my friends, Bob LeDrew and Ann Marie van den Herk, are spearheading an initiative in Jacob Weiskopf’s honor. Most importantly, if The 24/7 Giving Challenge Fundraiser is successful at raising $50,000, that will allow the IMAlive crisis line to continue to operate for another year. Another year of saving lives.

That’s where you can help. Whether you can give $5, $15 or $50, anything helps. If you can give, I hope you will. And if you can’t give, that’s okay, too. You can share this post, you can write a post of your own, you can share a status update about suicide prevention and link to the fundraising campaign. Whatever you do, I hope it’s not nothing. Because no more lives should be lost. No more living should be done without the likes of Jacob and so many others before him.

As my friend, Bob LeDrew, and leader of the Team Jacob Initiative says about IMAlive, “This isn’t therapy. It’s not a one-time magic solution. It’s a step. A crucial first step.” Thank you, so very much, for making it through this post. And for doing whatever you can to help.