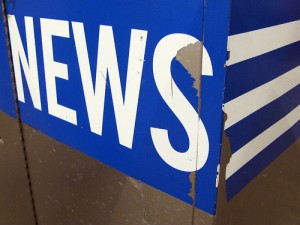 First things first: have you checked out Feedolu?  As we wrote when we covered Feedolu last week, it combines advanced feed reading capabilities with social features and, while it’s still in beta, it’s pretty impressive so far. Even better, the development team is genuinely interested in user experience and feedback and focused on tweaking the tool to make it as effective and efficient as possible for users.

Once you get your Feedolu account up and running, you can now add Google Alerts RSS feeds. For a lot of people, this will be good news. We’ve been using Google Alerts alternatives—things like TalkWalker and Mention, and they’re pretty awesome, but they lack Google’s RSS feed functionality of old. So if you like your feeds all in one place, including your Google Alerts, that’s even more reason to check out Feedolu.

Here’s how you add a Google Alert RSS feed!

I’ll mention here that we’ve gotten so used to not relying on Google Alerts because they’ve been, well, unreliable at best, that even if you feed your Alerts into Feedolu, it’s probably a good idea to also use other monitoring platforms to track brand mentions. And don’t think that we’ve not already mentioned to the Feedolu team that we’d love for them to explore feed capabilities from our pals at Mention and TalkWalker.

What about you? Is the return of Google Alerts’ RSS feed something that’s helpful to you? If so, would it be helpful to have it all in a dashboard like Feedolu? If you’ve not yet checked it out, do. Then let us know what you think.