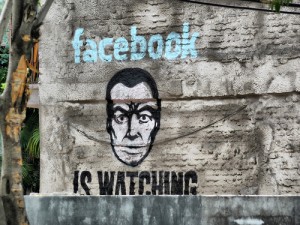 If you log onto Facebook and notice something different about your News Feed, it’s not a glitch. Earlier this week, Facebook announced several changes to the way the site determines what posts you see in your News Feed, including the addition of new features designed to help users discover content and the demise of the EdgeRank algorithm—the term, anyway.

Facebook has historically been tight-lipped about how the site selects what content appears in a user’s News Feed. Yet after being criticized for a lack of transparency surrounding how News Feed visibility is calculated, the company offered a look inside the process.

One interesting revelation? The term EdgeRank is no longer used. That being said, the algorithm’s three determining factors—affinity, weight and time decay—still play a role in News Feed visibility, although today’s ranking algorithm is much more complex.

Today’s News Feed visibility is determined based on a post’s relationship to the user and how many comments and likes it has. That visibility will change even further thanks to new features that will help users discover new organic content, including:

If you spend a lot of time in your Facebook News Feed, you’ve probably realized that it’s difficult to discover older content, since Facebook tends to aggregate more recent posts at the top of the feed. With Story Bumping, you won’t just see new stories—you’ll see stories that are new to you, even if they’re older than some of your feed’s more recent activity.

“The data suggests that this update does a better job of showing people the stories they want to see, even if they missed them the first time,” as written on Facebook’s blog.

If you interact with someone on Facebook, it’s fairly likely you’d want to see more content from that person, right? Facebook will track the last actor you’ve interacted with and will take into account those conversations and actions to help rank your feed so that more posts by that particular user will be included.

This feature is still in development and hasn’t yet been rolled out to the site. When it’s introduced, the signal will help Facebook examine a user’s posts that the site determines are relevant for you and will display those posts in chronological order.

One important note? These News Feed visibility features apply to organic, not paid content, which we find an interesting change in focus from previous updates and announcements that seem to be solely catered to encouraging brands and businesses to spend more money on Facebook. It makes sense, though—Facebook is, after all, built on an individual user experience. And if that part of the equation isn’t continually improved, there won’t be much of a reason for companies to invest in any sort of Facebook marketing strategy.

Plus, these changes underscore the ongoing importance of creating Facebook content that users find engaging. According to Facebook, the story bumping feature could be especially important for page admins: “For page owners, this means their most popular organic page posts have a higher chance of being shown to more people, even if they’re more than a few hours old.”

What are your thoughts on Facebook’s announcements? And have you noticed a difference in your News Feed this week?