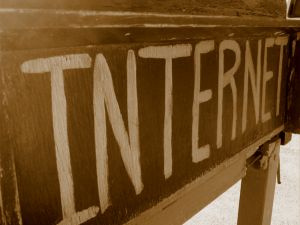 As overall Internet usage continues to grow, it’s continuing to eclipse other forms of media—and for young adults, the internet has emerged as the place where they spend the most amount of time compared to any other type of media.

According to survey results, TV came in at a close second, followed by listening to the radio, playing video games, talking on the phone, and reading magazines. Coming in last? Reading newspapers, which young adults reported spending only 8 minutes per day doing (compared from 17 minutes/day in 2000—are you listening, newspaper publishers?). 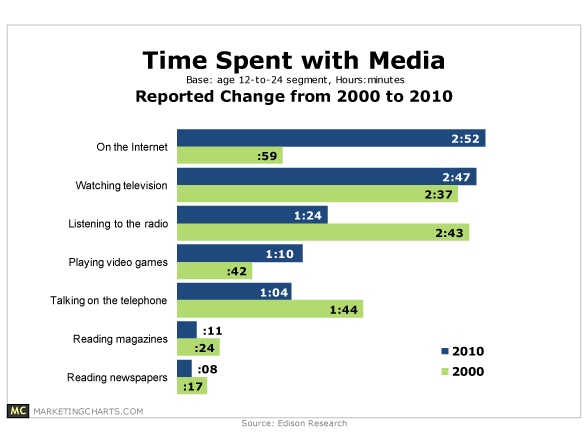 Why Should Marketers Care?

What’s especially fascinating to me about this study is that it not only presents updated media consumption stats but also compares them to similar data gathered in 2000, so you get a true sense of how dramatically the internet has altered the media landscape in just a decade.

Yet it’s also a wake-up call to anyone who’s in the information business—and underscores how critical it is to not only create but also implement a strategically crafted mobile marketing approach that leverages the internet (and time spent on the web) to give consumers the experience they want, whether it’s purchasing a product or entertainment. Devices deliver.

How are you serving up content that takes this data into consideration?

Are you surprised by how quickly these stats have changed in just 10 years? What do you think the numbers will look like in 2020?