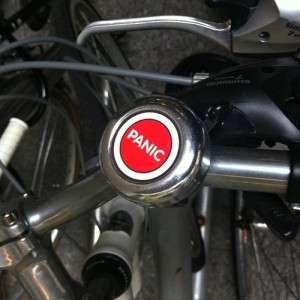 The interwebz—or, more specifically, Instagram users—are in an uproar after rumors quickly spread that Instagram is mass-deleting accounts for as-yet unspecified reasons. The actual culprit? According to an Instagram statement, a “temporary glitch” resulted in a small percentage of users who couldn’t access their accounts.

Instagram says they’ve restored account access for these users and that no pictures or data were lost. Yet in the hours since the story first broke, angry IG users have taken to platforms like Twitter to express their displeasure over the sudden (and unexplained) deletion of their accounts.

9to5mac.com’s initial report said that the accounts were deleted because of what Instagram called “terms of service violations.” Instagram has yet to elaborate on the situation and hasn’t yet posted anything on its company blog that further explains the mishap. In the meantime, MarketingLand’s Danny Sullivan writes that “Don’t Delete” hashtags are in heavy use on Instagram by panicked users who are protesting the alleged deletions and hoping to save their own accounts by using the hashtags.

Early rumors claimed that those who don’t use Instagram’s in-app camera and instead only import photos from their phone’s built-in camera were subject to the mass account deletion as a result of account inactivity. A number of tech bloggers and writers quickly called foul on these claims, however, and nothing from Instagram (so far, anyway) supports this line of thinking.

We’ll be sure to keep an eye on this situation and update the post as more information becomes available. In the meantime, have you had any problems with your Instagram account or do you know anyone who’s had their account deleted? We’d love to know more about your experience.

Oh, and one other note? Keep calm, People of Instagram! There’s no need to panic…well, not yet, anyway!