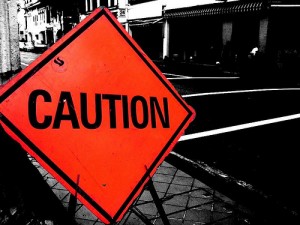 Rumors and false information already run rampant on the Internet—and now, thanks to the geniuses behind the site Lemme Tweet That For You, you can create screenshots of fake tweets for any Twitter handle.

Once you’re at the site, you can enter anyone’s Twitter handle and type a tweet. The site then pulls in the corresponding Twitter avatar, account details and even your custom Twitter background (if you have one) to create a fake tweet that you can screenshot—and that’s almost impossible to distinguish from a real one.

V3’s Chief Content Officer, Katy Schamberger, took the site for a test run—see the sort of blasphemy she associated with my name?

I love jokes. And sarcasm. And making people laugh. This site, however? Well, I think it’s not just dumb—it’s dangerous, too. Just think what sort of problems could arise if doctored tweets attributed to brands suddenly cause an Internet firestorm. Sure, you could go to that person or brand’s Twitter account and search for the tweet—but if a prankster claimed it was deleted, well, it becomes harder to dispel fact from fiction.

What I find most ridiculous is that this site was created by a marketing agency, OKFocus. According to the agency’s About page, “OKFocus is a forward-thinking, technology-driven agency based in New York City. We implement cutting-edge technologies in culturally conscious ways.”

Wow. Really? Where’s that sarcasm font when you need it? I’m still scratching my head and trying to figure out how a site like Lemme Tweet That For You (and I loathe what they’re doing so much that I’m not going to reward them with a link to their site) is forward-thinking, cutting edge OR culturally conscious. And why in the world would a marketing agency be behind a tool with which their own clients could potentially be harmed?

Moral of the story? Check your facts. Please. Take an extra five seconds to find out if a tweet or Facebook or blog post is true before you fan the flames. I’m all for speaking out, whether online or in person—but if you don’t know what you’re talking about or don’t take the time to research something you’re supposedly so passionate about, well, it’s better to keep quiet.

What do you think of Lemme Tweet That For You? Are you fired up, too? Or do you think I need to take a cue from Frankie Goes To Hollywood and relax?