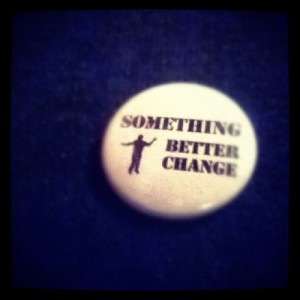 As marketing and big data become increasingly intertwined, it’s more important than ever for CMOs and CIOs to create collaborative partnerships—yet according to a new study, that alignment isn’t happening.

“Big Data’s Biggest Role: Aligning the CMO and CIO,” a new report from the Chief Marketing Officer Council and SAS Institute, revealed that 85% of CMOs and CIOs surveyed say they’re still challenged with alignment. What’s more, only 41% of senior marketers say they’re aligned with their IT counterparts, while 39% of senior IT executives report alignment with marketing.

This isn’t a new issue, but it’s still a troubling one. At the core of this lack of alignment is a shared belief that marketing and IT aren’t “highly effective partners, more often struggling to achieve common goals in the race to adopt and keep pace with rapidly evolving digital marketing capabilities,” according to the report.

A bright spot in the findings? The chasm between the two departments might just be closing.

“In fact, the two are fundamentally in agreement about key direction, strategy and even roles in the advancement of technology and the criticality of data across the organization,” as written in the report summary. “What is lacking is the mandate that customer centricity is the core value, goal and direction of the organization, eliminating any of the barriers to partnership and aligning both CMO and CIO around the data that powers the customer-centric enterprise.”

This sort of separation via silo isn’t only confined to the marketing and IT departments—yet collaboration between these two departments isn’t going to become any less important. Data drives business decisions, including marketing strategy—and a company’s IT department typically has the keys to the sort of stats and insight that the marketing team needs to be more successful.

Big data might just be the unification point for these two entities, as highlighted by the CMO Council:

“But it is around big data that we find the most common ground for the two functions—and also the strongest tie that will bind the two roles together. According to 61% of marketers and 60% of IT executives, big data represents equal parts opportunity and obstacle, as many are struggling to manage the complexity, flow, aggregation and analytics of the massive amounts of both structured and unstructured data flowing into the organization.”

Take a few minutes and download the (free) executive summary of the report—it’s packed with statistics that I think you’ll find interesting, especially if you’re in marketing or IT.

In the meantime, I’d love to know if this report mirrors your own experience. Are your marketing and IT departments aligned? If not, what do you think needs to happen in order to foster increased collaboration?