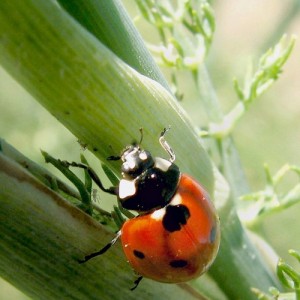 Admittedly a bit of a skeptic, especially when it comes to information released by Facebook, this is interesting news. And, according to Facebook, we’re supposed to rest assured that the pages themselves weren’t impacted, just the reporting. So all those decreased views and reach you’ve been seeing over the course of the past few months? I guess this is supposed to explain that way and make you feel all warm and snuggly. Because, of course, Facebook’s got your back.

Purportedly, the bug was caused by last year’s release of faster Facebook apps for iPhone and Android. “One thing Facebook did to speed them up (the apps, that is) was only transmit the minimum amount of information needed to display news feed stories,” writes Josh Constine. “In doing so, Facebook mistakenly stopped sending the markers that Page Insights used to count how many people saw each Page’s posts.” Kind of a bonehead move, especially when you’ve got millions of brand accounts using Facebook to market their businesses and, in some cases, spending a boatload of money to do it.

Effects from the bug will likely vary from page to page based on several factors, including the frequency of your page posts. If you want to look at how your specific Facebook page was impacted, Facebook recommends looking at your organic, paid and viral reach and impressions. Keep in mind that, because the bug affected Facebook’s logging system, the site won’t be able to backfill your insights with historical data. Instead, it’s a good idea to keep a close eye on your page insights over the next few weeks to see if you notice any sudden increases or other dramatic activity.

Overall, Facebook says most pages will expect to see:

We have no doubt this news likely frustrates a lot of Facebook users, especially anyone who uses Facebook as part of a digital marketing strategy. But rest assured, the Facebook team is on it. Or so they say, “[w]e know that accurate data is fundamental to building and improving your Facebook presence. We are taking this very seriously. We have already put a number of additional quality and verification measures in place to prevent future bugs and resolve them quickly if they arise.”

Taking it seriously? Based on the money some of our clients spend on Facebook marketing, we sure as heck hope so. I vote we all go get a beer and throw darts at a dartboard with Zuck’s face in the middle. Who’s in?

What about you? Noticed a decrease in views, etc. on the pages you manage? And have you seen that begin to resolve itself? We’d love to hear your thoughts.