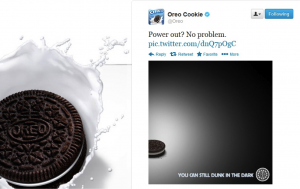 Even though the big game is over and the mourning period for #NinersNation fans may be coming to a close, the Super Bowl lives on for social media and marketing geeks – something that was very apparent at the Expion Social Summit. But instead of talking touchdowns and field goals, the audience was chatting about Oreo, Audi, real-time marketing and Twitter.

During this year’s Super Bowl, social media initiatives arguably outshined traditional advertising efforts as brands like Oreo and Audi made a huge impression with their clever tweets. The Oreo real-time marketing tweet that capitalized on the blackout at the stadium showed that with the right resources and processes in place, social media is a powerful medium that should no longer have to fight for a seat at the head table. A few of those resources Oreo uses to help with governance and insights are Expion’s SMMS and social intelligence dashboards. 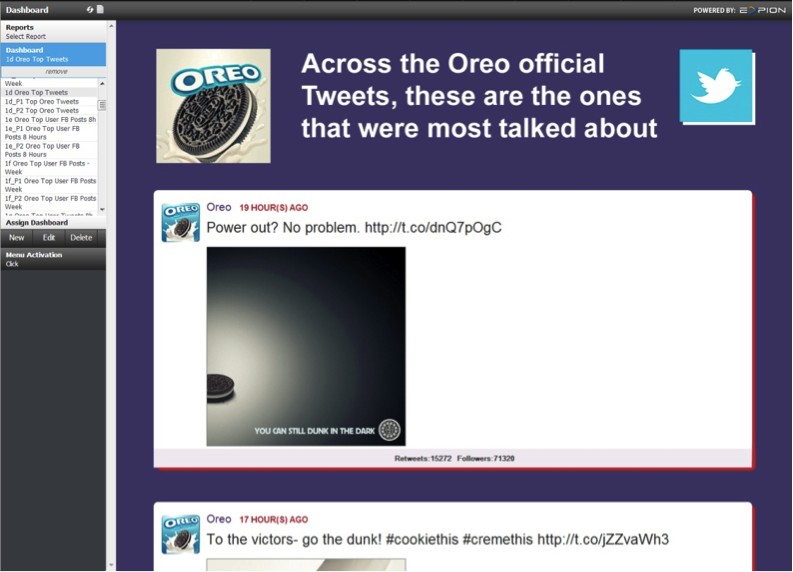 As the panelists and speakers referenced the Oreo example on stage, it sparked discussions about real-time social marketing. Here are two of the key takeaways generated by the discussions:

Inevitably, we’re going to see brands try to replicate what Oreo did at the Super Bowl during other pop culture events; however, many of those efforts will fail unless brands are putting the right resources behind social media marketing–and that includes implementing the right technology and hiring clever and skilled conversationalists who can develop relevant and appropriate messages in real-time.

Jason Maldonado, manager of social insights for Home Depot, predicted that we’re going to see Super Bowl copycats this weekend during the Grammys. So place your bets – which brands will attempt to recreate the Super Bowl success, and will anyone get it right?

Zena Weist is the Vice President of Strategy at Expion. She is an integrated media strategist with over 20 years of executive leadership in online marketing on both the agency and brand side, providing digital communications and social media strategic counsel across a portfolio of Fortune 500 companies.

Zena has led award-winning interactive teams at Edelman, H&R Block, Sprint, Hallmark and Embarq, providing leadership in online brand engagement, digital strategy, and integrated marketing communications. Her work has been featured in six business books and highlighted in the Harvard Business Review. When her fingers aren’t on the keyboard, Zena is playing with her family of four active kids plus one adorable husband or trying to sneak in a run.