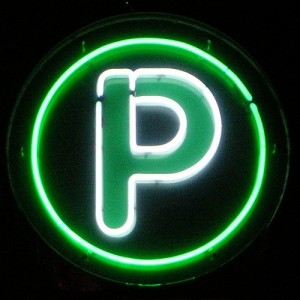 Social media has revolutionized the way people across the globe communicate, connect and socialize, and no platform is bigger than Facebook. Founded by Mark Zuckerberg in 2004, Facebook now has over 1 billion users. How did a 29-year old build such a massively successful business, and what are the secrets to his success? I discuss this in more detail in my book Think Like Zuck: The Five Business Secrets of Facebook’s Improbably Brilliant CEO Mark Zuckerberg, but in this post I wanted to share some quick insights around the five key elements of success.

Since he was a child, Zuckerberg has spent his time designing programs that enabled people to interact with each other: this is his overriding passion. Without passion you don’t have the tenacity to keep perfecting your product despite the obstacles. At Facebook they call this the ‘hacker way.’

“For us,” says Pedram Keyani, engineering manager of Facebook’s site integrity team, “hacking is about passionately working towards a goal and not being afraid of failure.”

Passion is a trait shared by all successful entrepreneurs, whatever their personality type, from Richard Branson to Bill Gates, Oprah Winfrey, or Steve Jobs.

As Zuckerberg says, “The question I ask myself like almost every day is ‘Am I doing the most important thing I could be doing?’”

The really great companies have a sense of purpose at the root of all that they do, from hiring employees, to attracting the right investors, to their marketing and their customer service. That sense of purpose can breed intense customer loyalty. We are all now used to the hype that surrounds an Apple product launch: people want the product because of the design, sense of style and ease of use that Apple builds into everything they do, even if it is more expensive than a competitor’s product. Apple has created something bigger than a product, they have designed a different way of living.

Facebook is more than a product, it is a movement. Their famous motto: “The journey is 1% finished” shows Zuckerberg’s commitment to his long-term vision “to make the world more open and connected.”

A great business leader understands the critical importance of choosing the right employees for a team: this is what shapes a company’s culture. No one understands this better than Tony Hsieh, CEO of Zappos, a company famous for its positive working environment. The company only hires staff who are the best fit for the Zappos values, and they believe that their great customer service is a result of having employees who live these values every day. Why is that critical? Tony estimates that the company lost $100 million due to poor hiring decisions and to the decisions of those who weren’t the right fit for the company.

Facebook have similar strong values and a rigorous screening process: the 4,000 employees all work to the “hacker culture”; the flat management structure allows everyone’s voices to be heard.

Facebook have always put users at the center of their business model. As a double major in computer science and psychology, Zuckerberg has always understood the importance of people and the way they use his technology. He once said “All of these problems at the end of the day are human problems.”

By putting users first and money second (in 2006 he turned down an offer by Yahoo! to buy Facebook for $1 billion) Zuckerberg has been able to create a truly great product that works with users’ needs.

Like many other business partnerships over the years – Steve Jobs and Steve Wozniak, Ben Cohen and Jerry Greenfield, the Warner brothers – the partnership of Mark Zuckerberg and his Chief Operating Officer, Sheryl Sandberg, is key to Facebook’s continuing success. Their strengths are different and complementary: while Zuckerberg provides the vision and creativity, Facebook’s business prosperity has been largely due to Sandberg. Forming the right partnerships, whether with suppliers, an internal team, developers, production or distributors, is fundamental to a company’s development.

As Steve Jobs once said, “That’s how I see business: great things in business are never done by one person, they’re done by a team of people.”

To me, “Think Like Zuck” is an analogy of a leader who follows his passion, leads with purpose, builds great teams, and strives for continued excellence in her product (or services). It is a mentality that drives great leaders to building successful business and the approach they use to doing so.

Ekaterina Walter is a social media innovator at Intel, a speaker, and an author of the book Think Like Zuck: The Five Business Secrets of Facebook’s Improbably Brilliant CEO Mark Zuckerberg. Walter was named among 25 Women Who Rock Social Media in 2012. She sits on a Board of Directors of Word of Mouth Marketing Association (WOMMA). You can find her on Twitter: @Ekaterina and her blog, www.ekaterinawalter.com.

David A. Riggs via Compfight cc