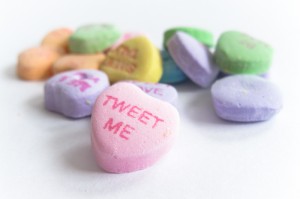 When you talk about corporate social media strategy, the general consensus is that corporations typically tend to be behind the curve when it comes to social media adoption and digital marketing. And, in many cases, the responsibility for such lack of adoption tends to land squarely on the C-Suite.

IBM’s recent 2012 Global CEO Study, however, shows that while some CEOs may be slow to use social media (both for themselves and their businesses), they recognize that not only is social media here—but it’s poised to become a driving force in communications, sales and other areas within the next few years.

The study not only contains a number of interesting facts and charts—it also provides insight and analysis from CEOs on a number of topics, including employee empowerment, customer engagement, innovation amplification and, of course, social media.

No matter what industry you’re in, this study is a fascinating read—consider this a kick in the rear to head over and download it now.

And once you do, come back and tell me what you think. If you are a CEO or interact with them on a regular basis, do your own experiences mimic or contradict what IBM found?