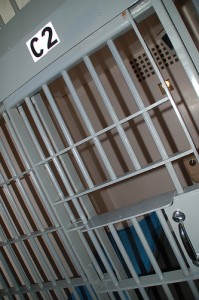 Photo by abardwell via Creative Commons

A crimer reporter at The Mercury in Pottstown, Pa., was one of the first to start posting mug shots on Pinterest, reports Emma Jacobs for NPR’s All Tech Considered. After posting just a handful of photos, local police saw immediate results.

“We’ve actually seen a 57 percent increase in our warrant services, and we actually got more people based on our tips and our calls,” says Pottstown Police Capt. F. Richard Drumheller in an interview with NPR.

The “Wanted By Police” board isn’t necessarily a line-up of most wanted criminals—instead, the board showcases approximately a dozen criminals at any given time, all of whom have outstanding warrants ranging from DUI to assault.

Yet in addition to causing a noticeable increase in tips and calls, The Mercury’s Pinterest board has prompted other law enforcement organizations to adopt a similar approach. The Philadelphia Police Department, for example, has created a number of Pinterest boards dedicated to different areas of the city. Among the pins on any given board are a collection of mug shots and surveillance footage, along with links to a corresponding blog post, so that the public can submit tips and information.

The Kansas City Police Department, credited as one of the first police departments in the nation to use Pinterest, also posts pins information like surveillance footage and missing persons photos to help boost the number of tips received.

Sure, mug shots and surveillance video stills may look a little out-of-place when paired with recipes or hairstyle how to’s. Yet to our way of thinking, this particular use of Pinterest makes perfect sense. Not only is the site’s visual layout built to display this sort of information, but the huge (and ever-climbing) traffic numbers means that law enforcement agencies, media outlets and other stakeholders can quickly disseminate important information to a much larger group of people, a functionality that not only helps enable more arrests, but also improves general public safety, too.

What’s your take on using Pinterest (and other social media outlets, for that matter) to help catch criminals?