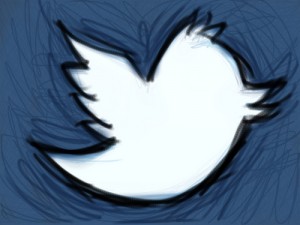 With more than 200 million active users (and growing), Twitter remains one of the go-to social media platforms for individuals and brands. I’m a huge fan of Twitter and use it not only to share content, but also to connect and converse with friends, industry peers and prospective clients.

Of course, as with any other social site, Twitter requires your time and effort to be successful. The platform has its own language made up of hashtags, RTs and abbreviations—and, of course, the 140-character limit, which forces users to be concise.

Whether you’re just starting out on Twitter (if so, where the heck have you been?) or have been using the site for years, try these 12 tips to make your Twitter experience even more productive and engaging.

Handy Twitter dashboards like HootSuite allow you to schedule tweets, which can be a lifesaver when you’re swamped or traveling. A word of caution? Don’t over-rely on scheduling. Otherwise your account will resemble that of an automated robot—and other Twitter users will be less likely to engage with you and the content you’re sharing. After all, we all like to know that there’s a real, live person on the other side of the computer screen.

2. Promote yourself and others

At the risk of being annoying (or worse, spammy), you may be hesitant to promote yourself and your work on Twitter. Yet Twitter users love new, fresh content, whether it comes from you or someone else. Just be sure you’re sharing and promoting what others are doing, too. Like other social media platforms, Twitter is most effective when it’s used as a two-way street. And the more you share what others are up to, the more likely they’ll be to return the favor.

Want to entice people to click on a link? Don’t give all of the information away up front. Instead, write a compelling teaser that will entice your followers to read more. After all, which tweet do you find more interesting? “The perfect time to post a blog is …” or “New research indicates the best time to publish a blog.” The first one, right? Just remember—when it comes to Twitter, a little tease can have a big impact.

The great thing about Twitter—well, there’s a lot of great things about Twitter. And one of them is the potential for other followers to share your tweets and content, thereby introducing your ideas to a larger audience. Want to get your content RT’d? Then make it compelling enough to share—and don’t ask for RTs in your tweet. If I like what you have to say, I’ll share it—no questions asked.

We all know those Debbie Downer types who use social channels to moan and groan about their lives, their relationships and their businesses. And really, what good does it do to focus on the negative? Instead, stay positive. We all have bad days (or bad weeks), but if you feel yourself about to go on a Twitter tirade, step away from the computer—in fact, sit on your hands if you have to! This is especially important if you use Twitter for business and to connect with prospective clients. You don’t want professional connections to see you at your worst, right?

Keep your Twitter stream fresh with a mix of content and conversation. After all, Twitter isn’t just about sharing—it’s about connecting, too. Have you ever clicked on a Twitter user, only to find the last few days’ worth of tweets are nothing but links with no personalization? That may signal an over-reliance on scheduling (more on that in a minute) and automation. And if you’re not on Twitter to discuss and converse, well, what’s the point?

Just as you wouldn’t share a link, photo or video on Facebook without an accompanying description, make sure you provide contextual clues for the content you’re sharing on Twitter. After all—wouldn’t you be more likely to click on a photo or video if it’s paired with a description?

You might be tempted to give your Twitter followers a peek into your daily life by sharing things like what you’re eating, for example. Yet it’s best to keep this sort of mundane information to a minimum. You don’t need to enact a blanket ban on all personal tweets—but make sure you’re balancing them with interesting, relevant content that will keep your followers engaged with your stream. The same goes with Foursquare check-ins—do we really need to know where you are at all times?

Twitter has a language all of its own. Hashtags, which track everything from Follow Friday (#FF) to various Twitter chats (#beonfire) to random thoughts (#winning), are great tools with which to follow various events or subject matter. Yet use them sparingly, along with abbreviations. Filling your tweets with too much Twitter jargon can make them confusing and difficult to read.

The 140-character limit can be tricky for Twitter users. You’re forced to be brief and to the point. And if you’re sharing a link or other content that you’d like others to RT, it’s best to keep your tweet under 120 characters so that others can easily share without having to modify the existing message.

One of the best ways to share content and create relationships with other Twitter users is to retweet what they’ve shared. When you RT something, take it one step further by adding your own thoughts or recommendation. You likely won’t have much room for your remarks, but taking the step to personalize a RT lets your Twitter network know you’re invested in what you’re sharing.

Twitter is a fast-moving stream of real time information. And that means you need to stay current when posting links and content. Twitter has a shorter shelf life than other social networks; information rapidly gets stale, so keep that in mind as you choose what to share.

Sure, Twitter has its nuances—but at its heart, it’s like any other social network. Put in time and effort—both with what you share/say and who you connect with—and you’ll find a vocal, engaged audience that can add to your online network of resources.

I want to hear from my fellow Twitter users. What other tips would you add to the list? And what benefits does Twitter offer that you can’t find with other social platforms?