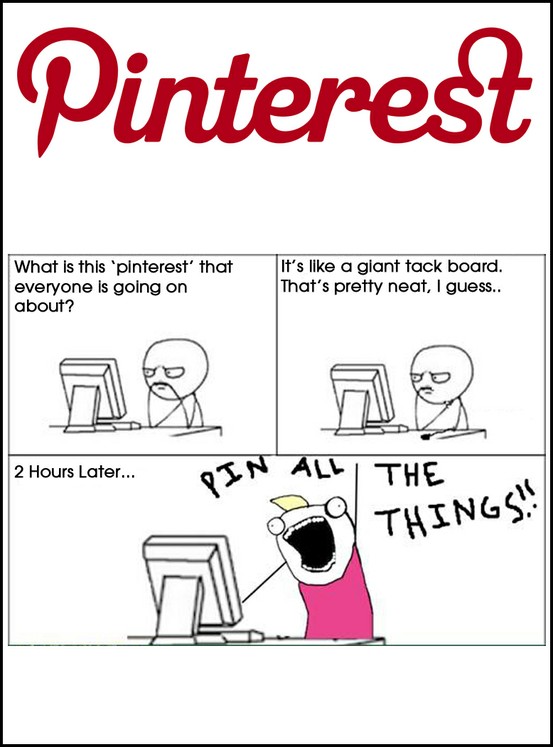 Nielsen’s State of the Media: Social Media Report 2012 is out and Pinterest data piqued my interest. It’s no surprise to pretty much anyone breathing that Pinterest had the largest year-over-year increase in audience and time spent of any social network, across PC, mobile web and apps. And for anyone who has ever ventured over to Pinterest “just for a minute or two,” that crack cocaine is darn hard to resist.

Just what is it that makes Pinterest so addictive? Is it the thousands upon thousands of pictures that make the website impossible to resist? Or is it the ability to share and pin these images in a way that makes them our own? For Ben Silberman, Pinterest co-founder, it’s both—and, judging by the site’s explosive growth, those two factors are what draw the site’s active and loyal audience.

Silberman, Paul Sciarra and designer Evan Sharp quit their day jobs in 2009 and began working on Pinterest from a small, shared apartment in Palo Alto. The site launched in 2010 on an invitation-only basis and attracted a mere 200 users in its earliest months. The site began to grow from there, accelerating at a whirlwind pace. By February 2012, Pinterest crossed the 10 million-user mark faster than any other standalone site in history—and as of July 2012, the site reached a unique U.S. audience of more than 27 million, as pictured below: 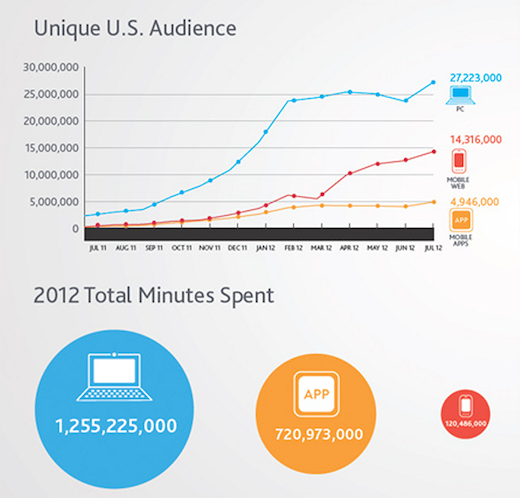 Today Pinterest isn’t just used by the like-minded individuals who want a medium to collect, organize and share meaningful things. Like most other social media networks, Pinterest has become a business tool with which marketers are extending a brand’s presence in a more visual, shareable way. And the site’s increasingly widespread use has resulted in a host of fascinating stats, as collected in Nielsen’s latest report: 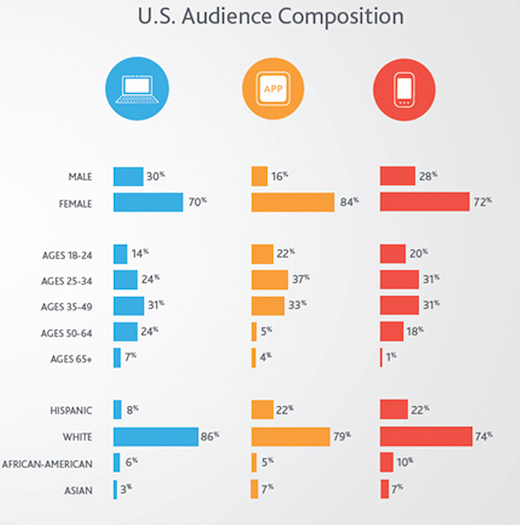 Check out the Nielsen report for even more interesting stats on Pinterest and other sites throughout the social web, too. We’re interested in seeing what 2013 holds for Pinterest, especially in light of the company’s promise to introduce additional tools for businesses. And don’t worry—you know you’ll be the first to hear not only what we learn but also what we think. After all, have you ever known me to not have an opinion on something? Exactly. Oh, and by the way, we want your opinions, too. Always.