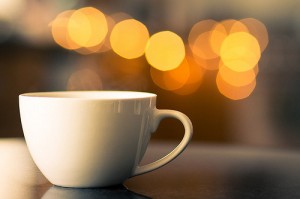 Head to Kansas City’s Kauffman Foundation on any Wednesday morning at 9 a.m., and you’ll step into an incredible whirlwind of startup-related networking and conversation. Welcome to 1 Million Cups.

Entrepreneurs and startup supporters gather during the weekly event to hear pitches from two startups. They each have six minutes to present information, after which attendees have 20 minutes for a Q&A followed by a few minutes for networking.

Kansas City has made recent headlines as an emerging hotbed for tech and startups, thanks in large part to the city’s selection for the nation’s first Google Fiber network. Judging by the attendance at 1 Million Cups, which started with 12 in April and grew to 145 in November, a growing number of people in Kansas City are ready and willing to help the city’s startup culture thrive.

Curious about the origin of the 1 Million Cups name? It “derives from the idea that it takes one million cups of coffee to build an active community of startups,” writes VentureBeat’s Sean Ludwig.

Nate Olson, an analyst at the Kauffman Foundation who helped start 1 Million Cups, explained the nomenclature, “We wondered what it would take to change the culture of entrepreneurship in KC. We decided it was one million cups of coffee. That’s what it would take to create a dynamic and diverse startup community.”

We can’t wait to attend our first 1 Million Cups event and do everything we can to support Kansas City’s startup community. If you’re in the area, be sure to make it a point to stop by some Wednesday morning. And if you’re not, keep your eyes peeled—1 Million Cups might just be headed to a city near you.

Interested in a way you can participate now? Any time you meet an entrepreneur for coffee, tweet using the hashtag #1MillionCups and your cup of coffee will be subtracted from the official 1 Million Cups counter. As of right now, the counter’s at 995,806, so start meeting and drinking!

Image by redwood 1 via Creative Commons