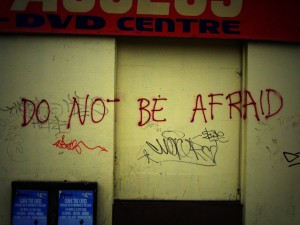 Influence Marketing is certainly a topic of heated conversation these days, but very few brands are actually using it as a part of their integrated marketing strategy. I’ve been wondering why companies seem so quick to adopt a social media strategy, but shy away from engaging influencers.

Is it because they don’t know how to start the initial conversations? Or because they are afraid they won’t be able to keep influencers interested? Perhaps it’s because they’re worried about their overall brand reputation. Additionally, it’s not at all uncommon for brands to feel uncertain and fearful of losing control of their messaging as they venture into the online space. These things might well lead them to believe that engaging influencers isn’t the right move for them.

All of these concerns are certainly valid, but at the end of the day, it’s important to remember that influencers are just people – people who want to feel valued and want to trust in brands that are doing the right thing among a sea of choices.

So, how can we, as marketers, we make influencer marketing less of a fright fest? Let’s address some of these fears with practical solutions.

If you want influencers to become brand advocates, you have to start small and stay focused. That way, you can give influencers the personal attention they deserve.

Whether it’s through your Google Reader, a special Twitter list, or some kind of alerts system, pay attention to what your influencers are saying before you ever start a conversation with them. Get to know them and build relationships with them. Then, once you have invested in those relationships,  make sure you craft messages that are unique to each influencer, as traditional sales pitches are useless, not to mention annoying.

Also, while monitoring influencer conversations, remember influencers are people. Pay attention to their hobbies or personal interests, read and comment on their blogs, follow their Twitter streams and seek them out on Facebook or other social networks.  This may be the age of the Internet, but remember that these tactics help you make a personal connection. And that’s what matters.

Many companies are worried they won’t have anything to offer influencers. They can only devote so many resources to fostering this connection, and they are worried that the well will dry up.

But that’s what your influence marketing plan is for! It’s an exercise in identifying and allocating resources as much as it is an influencer engagement plan. As you’re building out the phases of your overall strategy, think about everything your company has to offer.

Things that may seem small to you can be extremely valuable to your influencers. For example, offering an influencer a seat on an upcoming panel you’re sponsoring may be easy to do. However, it could be incredibly meaningful to the influencer because it could offer new business leads or in-person connections. There are probably dozens of little ways you can engage with influencers to make them feel special and important to you and your company.

Planning to Squash the Fear

As the old saying goes, “Failure to plan is planning to fail,” and this rings especially true in influence marketing strategy. If you don’t have a solid plan of attack for raising awareness, building trust, and providing ongoing value for your influencers, they will quickly lose interest.

Influence marketing doesn’t have to be scary: conquer your fear as you think of how exciting it is to work directly with some of the biggest names in your industry. 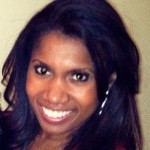 About Nyerr Parham
Nyerr (pronounced ny-AIR) is the marketing manager at Appinions, an opinion-based influence marketing platform that enables agencies and brands to identify, analyze, engage, monitor and measure relevant influencers. The Appinions Influencer ContinuumTM provides a framework for building successful influence marketing programs. It was designed to help anyone charged with building relationships with key influencers. We’re checking Appinions out and you might want to give it a look, too. We’ll write more about it once we’ve had a chance to play with it awhile longer. You can find Nyerr on Twitter @nyerr.

Image by FearfulStills via Creative Commons