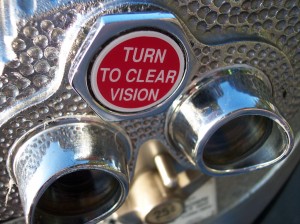 For those of you (like me) who spend a lot of time checking the Facebook news feed, you may have noticed that you’re seeing fewer posts from pages you’ve liked. If so, you’re not alone—a growing number of advertisers have complained about Facebook changing the EdgeRank algorithm, which prompted Facebook to give some users the ability to opt-in and see posts from their favorite Facebook pages.

Curious? We’ll dive into the new feature in just a moment. But first, let’s take a quick look at what’s been happening in the news feed.

EdgeRank is the algorithm that determines content visibility on Facebook based on three factors: affinity score, weight and time. A recent change to the algorithm resulted in many brand and fan pages losing 50 percent or more of their organic reach, which significantly diminished the number of people who see a particular post.

Of course, there are ways to counter this—and they’re both paid options. Page admins can opt to use Facebook advertising or promoted posts to reach a larger number of people, but depending on your respective budget or Facebook marketing goals, these options may not be an investment you want to make.

Not surprisingly, some are wondering if Facebook purposefully altered the EdgeRank algorithm in order to prompt brands and page admins to pursue paid tools. The company, however, has a different story.

“But Facebook insists it’s doing nothing of the sort; instead, the company says that it’s just trying to keep its users’ Facebook feeds from getting too crufty with promotional posts they don’t want to see,” writes ArsTechnica’s Casey Johnston. “In other words, Facebook claims to be on the side of users against the advertisers, even if it’s making money on the deal.”

In response to widespread criticism of the algorithm change, Facebook has allowed some users to opt in to see posts from their favorite Facebook pages. To activate this feature, go to a Facebook page and hold your mouse cursor over the Liked button. Select Get Notifications, which will ensure you won’t miss any posts from that page.

As with all other new Facebook features, this opt-in functionality is in the process of being rolled out to all users—so you may find that you don’t yet have the capability to select these notifications.

This new feature allows Facebook users the freedom to select what news they want to see in their respective news feeds—sounds like an ideal solution, right? Aside from giving Facebook users increased control, this new feature has ramifications for page admins and marketers, too. Now that Facebook users have the ability to voluntarily opt-in to stay tuned to your page, the pressure’s on to continually create interesting content that not only sparks engagement, but also compels users to opt to get notifications from your page, too.

We’re also keeping an eye on how Facebook responds. Brands may begin to rethink investing big money into features like promoted posts if they can’t guarantee content will be visible to all their fans—or at least a majority of them. And although it’s certainly understandable that Facebook is continually focused on ways to generate revenue, developers and execs should also keep in mind that Facebook users have become acclimated to getting a wide number of features and functionality for free—and making radical changes to this experience could have problematic consequences.

Have you noticed a change in your news feed’s content? And if you’re a Facebook page admin, how have you counteracted the diminished visibility of your page’s posts?