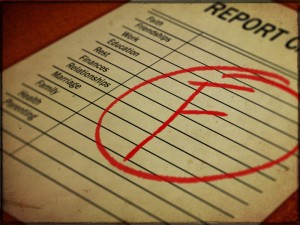 We love the excitement and promise of a new app—that is, until we discovered Snapchat, an iOS and Android app that’s not only geared toward teens, but also appears to encourage sexting. Seriously?

Sounds all well and good, right? Yet Snapchat also uses time-sensitive technology so users can choose how long they want a Snapchat to last before it self-destructs. And that, as Buzzfeed’s Katie Heaney points out, seems “specifically for sending the kind of pictures users wouldn’t want recipients to hang onto permanently.”

In our collective opinion, this stinks. And personally, as someone who has managed to successfully steer two girls through the teenage years and who is now working on raising another “crop” of girls, it stinks to the umpteenth power. Sexting is a BIG problem with kids today. Study results published in June from the University of Utah indicate that nearly 20% of participants (18% males, 17% females) have sent a sexually explicit image via their cellphones—and nearly twice as many report having received such a picture.

Teens (and tweens) are incapable of understanding the enormity of the power of technology and the risk–the fact that one image, shared with a trusted “friend” could potentially haunt them forever. Look no further than the tragic story of Amanda Todd, a Canadian teen whose story of online bullying (that included a naked photo that she was forced into sharing) ultimately lead to her suicide. Amanda’s memorial Facebook page now has 349,000 likes and is a real force in the movement to raise awareness about bullying and to provide support to kids and people who need help.

What does bullying have to do with Snapchat? When teens do stupid things—like share risqué photos of themselves—that opens them up to ridicule and bullying. And a consequence of bullying for all too many kids is considering suicide as a solution. That, to us, is untenable. And an app like Snapshot enables sexting behavior, and ultimately, to our way of thinking, puts people—especially kids—at risk.

Snapshot CEO Evan Spiegel laughs off the connections to sexting, which, coincidentally, have also been reported by The New York Times. Instead, in an interview with TechCrunch, Spiegel says “I’m not convinced that the whole sexting thing is as big as the media makes it out to be. I just don’t know people who do that. It doesn’t seem that fun when you can have real sex.”

Well, gee, Evan—isn’t that the problem? That teenagers could have more ways with which to send risqué photos of themselves, thereby increasing the likelihood that they’ll have sex? And you may not know people “who do that”—but how many teens do you know? Do you even have children of your own? Because honestly, we’re a little frightened by smartphones and sites like Facebook that make harmful activities like sexting and bullying much easier—and, to our way of thinking, more damaging.

Still, that doesn’t necessarily mean we can build a wall around our children and prevent them from using digital devices and the Internet (although we sometimes wish it could be that easy!). Instead, the best we can do is keep a (reasonable) eye on what our children are doing and teach them the power and responsibility that comes with owning a cell phone and being active online.

Oh, and in the meantime? We hope Evan gets a bigger clue. He told Buzzfeed that the team “is trying to do a better job educating our users and their parents” and that they hope to make more materials available on the app’s website soon. We won’t hold our breath.

What’s your take on Snapchat? Harmless photo-chatting app or a tool that’s more malicious than meets the eye? And for all the parents out there, we’d love to hear how you educate your children about using smartphones, apps and social networking sites.

We would apologize for the rant here but you know what? We’re not the least bit sorry. We care about kids. A lot. And crappy apps like this (and the people who create them) need to be called out. What do you think? Are we overreacting? We’d love to hear your thoughts.

Image by amboo who? via Creative Commons